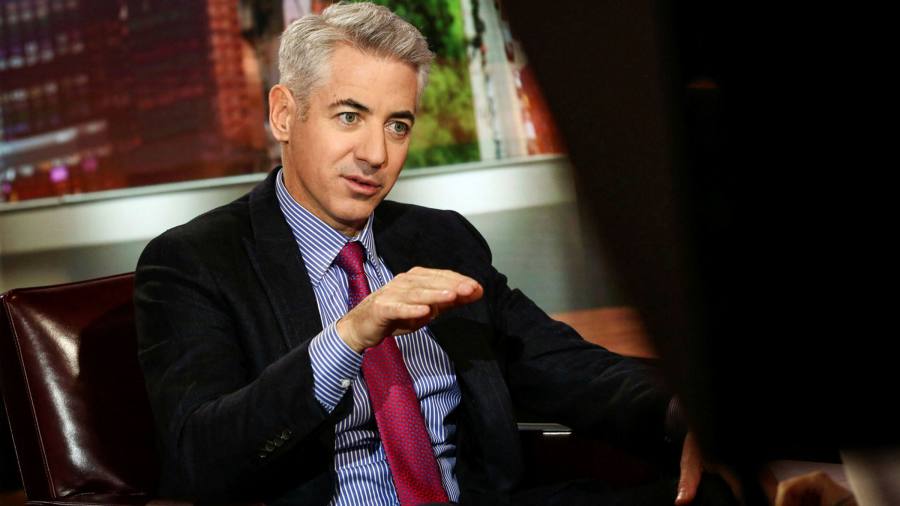 Sign up to myFT Daily Digest to be the first to know about Pershing Square Tontine Holdings news.

Bill Ackman characterises the shareholder taking him to court as “an unwitting prop” for hostile lawyers and academics. Legal action against the US financier’s Pershing Square Tontine Holdings follows the collapse of a deal by the special purpose acquisition company to buy part of Universal Music Group. Some investors made steep losses.

A flurry of US Spac deals — about $180bn was raised in the year to July — is attracting critical scrutiny. These “blank cheque” fund raisings are top-of-the-market transactions. PSTH is the largest Spac to have performed badly. Others have included Nikola, a developer of electric trucks, whose prototype turned out to have been rolling downhill in a promotional video.

Ackman is attempting to resurrect elements of his failed Spac. His plan is not without its merits.

The suit, filed by former US Securities and Exchange commissioner Robert Jackson and others, alleges Ackman’s company broke rules on investing in securities. Ackman has hit back, stating that the Treasury bonds in question are standard purchases for Spacs and that the ligation was an attempt to extract a settlement and fat fees for lawyers.

Regardless of its eventual outcome, the dispute makes it near impossible for PSTH to find a company to merge with. The shares closed at $19.99 on Thursday, a cent below their initial public offering price and net cash value.

Ackman’s latest proposals would return initial outlays to PSTH shareholders. In addition, they would receive warrants in a new vehicle, as would owners of existing warrants. Once a target acquisition is found, these would offer the chance to buy in at the same price as Pershing.

This “Spac 2.0” structure would remove existing time limits, so that investors’ cash would not be tied up prematurely. That advantage might incline regulators to give the plan the nod. The new warrants would be a bet on the ability of Pershing to find and invest in a viable business. The rueful financier could be expected to choose a safer target than UMG next time round.