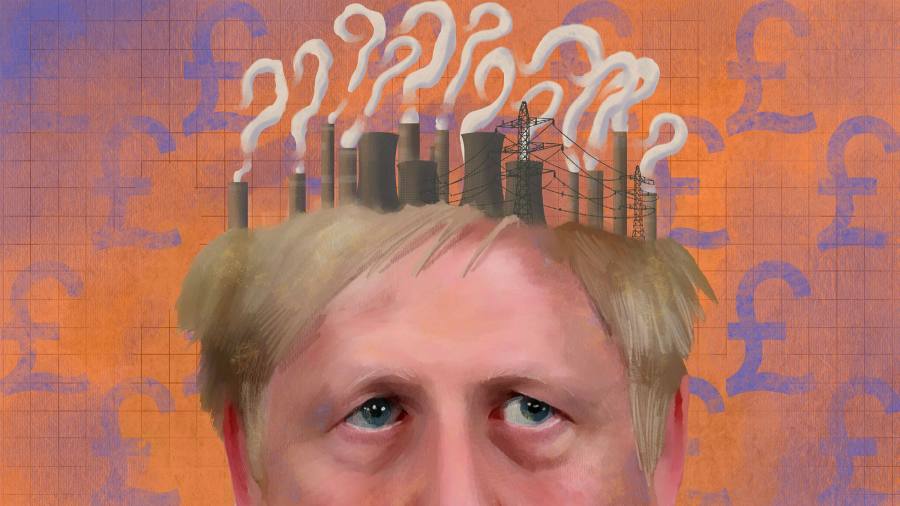 The first histories of the pandemic have been written, and they converge on a single truth. In March 2020, the scientific evidence became so overwhelming that conscientious western political leaders declared an emergency. They acted more radically than they had ever imagined.

Histories of climate action are being written too, and they read very differently. In the past few years, the scientific evidence became so overwhelming that conscientious western political leaders declared an emergency. Then they delayed — acting timidly, sporadically, belatedly.

The contrast is infuriating. In what sense is the UK government, or any other government, treating climate as an emergency? Where are the stark press conferences, the appeals to solidarity? Imagine calling out the fire brigade to a blaze, then watching them sit around discussing how first to rescue a cat from a nearby rooftop. That is where we are.

London suffered flash floods twice in the past month. Water poured through Tube stations. Raw sewage gushed through homes. People were rightly alarmed. Did Boris Johnson or his ministers seize the moment? Did they wade through the water, and explain that worse would come unless we acted? Did they bring out charts showing that the trend in extreme weather is even worse than climate scientists forecast? Did they announce new policies to reduce emissions? They did not. If only the floods had carried a few dinghies of asylum seekers — the government might have done something.

What is the roadblock to action? You could start with Johnson, a prime minister whose climate commitment is better than many centre-right leaders but still fair-weather. To his credit, he has set a new legal 2035 target for reducing emissions, which means the UK’s emissions must more than halve within 15 years. This should drive urgency and hard choices, but instead there are too many vague strategies. Johnson has promised there will be no carbon taxes on individuals, such as a meat tax, on his watch — a pledge privately dismissed as fanciful by his own ministers.

Johnson’s ambivalence explains the hesitancy of the Treasury, which wants to know how net zero will be paid for. Economists can come up with neat environmental incentives, but politicians need to buy into them. Rishi Sunak, the chancellor, is a fiscal conservative inclined to limit borrowing after the coronavirus splurge.

At least a few Tory MPs want to go even slower. Steve Baker, the backbencher who helped to scupper Theresa May’s Brexit deal, rails against the “cost of net zero”. This ignores the cost of inaction, and so is just the latest variant of climate denialism. The risk is that Johnson becomes intimidated by a guerrilla campaign, even though it’s out of tune with the public. Before the pandemic, and again now, the environment is among British voters’ top three concerns, above immigration.

What the politicians of both main parties really get wrong is to treat climate action as a headache, not a heart attack. Their priority is to get back to a post-pandemic “normal”. They think or hope that climate scientists’ warnings can be taken with a pinch of salt. (Perhaps this is a coping strategy.) They endorse long-term targets, and excuse themselves from urgent responsibility. Climate change is the defining issue of our times, but too few MPs entered politics because they care passionately about it.

Isn’t Britain already doing quite a lot, like banning sales of petrol cars from 2030? The problem is that, if you’re trying to reset your entire economy within a few decades, doing quite a lot is not enough. “We continue to blunder into high-carbon choices,” wrote the advisory Committee on Climate Change, in June. “A pattern has emerged of government strategies that are later than planned and, when they do emerge, short of the required policy ambition.” Climate action has been sucked into the usual policymaking quagmire. Better to subsidise heat-pumps and green home retrofits now, thereby lowering costs for the future, rather than spend months devising the perfect scheme.

Ministers feel constrained by public appetite. But one lesson of the pandemic is that the public will come aboard, if you communicate clearly. Last week the UK spokesperson for this year’s UN climate summit, Allegra Stratton, said that citizens should not rinse plates before placing them in the dishwasher. The intention was laudable, but the execution was outdated.

Environmentalists have learnt the hard way: at most, people will change their behaviour in a few ways, so focus on those steps with the biggest impact. Your dishes are irrelevant. What matters is: what you drive, what you eat, how you heat your home, and how much you fly. If the government wants to engage people before the summit, it should offer incentives for buying electric cars and heat pumps.

There isn’t time to move slowly. The Dimbleby food review proposed UK meat consumption should fall 30 per cent by 2030. If the government doesn’t want to tax meat, it needs to work with supermarkets and schools to change Britons’ diets more subtly.

Our best hope is that the pandemic and climate action become part of the same story — of how our ingenuity overcame prevarication. But that won’t happen if politicians keep treating the climate as just one more policy silo.