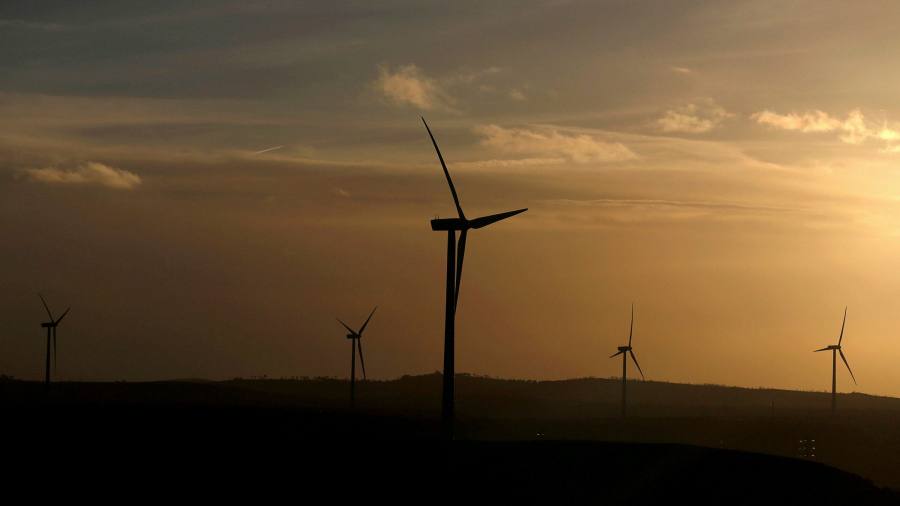 Your essential guide to what matters in Europe today. Delivered every weekday.

Most European politicians accept the need for energy transition away from carbon fuels. But only if it does not cost them votes. In Spain, political leaders plan to intervene in the power market to protect customers from a surge in local electricity prices. Their actions could crimp the incentive for utility companies to invest in green energy. British politicians should not take their lead.

European electricity prices have soared this year. In Spain, wholesale prices have more than tripled year on year to touch a record high of more than €150 per megawatt hour. September is usually a transition period. Unpredictable weather, plus uneven power demand, can cause problems for utilities. Add to this the fact that prices for both natural gas and traded carbon emissions have jumped. Together they are pushing up power prices. Renewable generation cannot yet make up the gap. In the UK it provided just 18 per cent of power to the grid over the past year. It accounted for even less over the not-so-windy summer.

Power traders do not expect high prices to persist. Futures markets suggest that prices in Spain will fall by half in the next year. But that is not soon enough for the Spanish government, which wants to please voters now. It plans to suspend taxes tacked on to consumer electricity bills, which partly help to pay for Spain’s energy transition. Moreover, Prime Minister Pedro Sánchez has promised to take profits away from local utilities. Numbers are sketchy, but the government has plans to create a windfall tax worth potentially billions of euros.

Public perception may be skewed by the fact that utilities such as Iberdrola are expected to report record operating profits this year. This does not warrant Spain’s big plans. It also wants to alter regulated tariffs to reduce the impact of rising input costs, such as natural gas, on homeowner bills. This sounds much more obstructive than the price cap introduced in the UK four years ago. It is market interference.

With any luck more available power capacity will help put a lid on electricity prices as generators come out of maintenance periods. Still, that will not stop political heat from meddling in power markets. Cooler heads must prevail to let markets function properly. Punishing utilities will not help Europe’s energy transition.