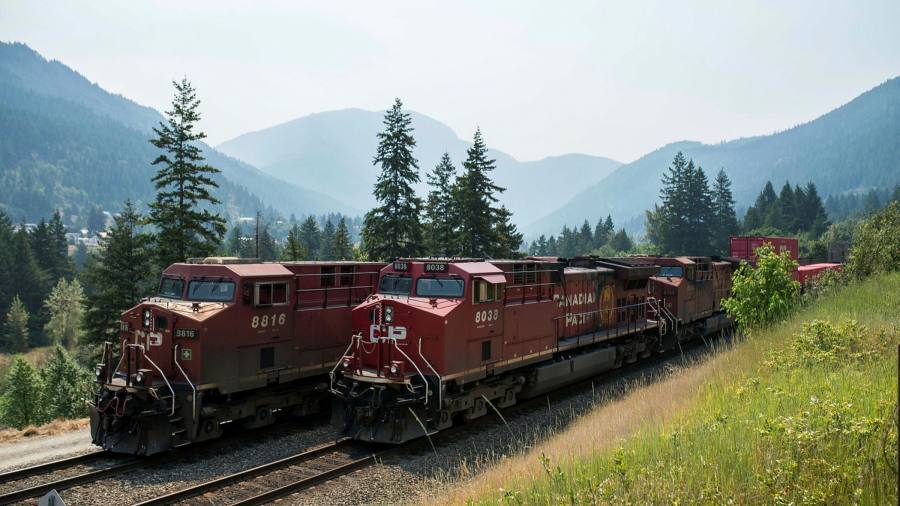 Sign up to myFT Daily Digest to be the first to know about Canadian Pacific Railway Ltd news.

It would be nice if executives shifted regulatory risk away from shareholders and on to themselves more often. This week the bidding war between two railroads, Canadian Pacific and Canadian National, for rival Kansas City Southern finally concluded. After first jilting Canadian Pacific for a higher offer, KCS signed a final deal with its original suitor. The transaction, valued at $31bn in total, is below the $34bn figure that Canadian National bid.

A preliminary regulatory ruling about the competition effects allowed KCS to quickly decide that the cheaper bid was better. A final verdict on the competition aspect of the deal may not come for another year. KCS shareholders will not care. A quirk of railroad deals will allow them to receive their $300 per share of cash and stock within months. That is well before the deal is officially closed.

Consolidation has left North America with just seven so-called “Class I” railroads. The smallest, KCS, is particularly attractive to its two Canadian rivals. A combination would create a transcontinental network from the great north all the way down to Mexico. Since railroad combinations are reviewed by multiple regulators, including the US Surface Transportation Board, acquirers can set up so-called “voting trusts”. The trusts, if approved by the regulator, are able to pay the target company’s shareholders first and then wait for full regulatory approval.

The trust approval process is a quasi-competition review. The Surface Transportation Board waved through Canadian Pacific’s voting trust. Canadian National’s rail lines overlapped with KCS in some US markets. Thus the regulator would not approve its trust. Even as it was offering more money, executives chose to shoulder any overhanging regulatory risk. Shareholders should get their money regardless of full approval by watchdogs.

KCS bargained well between the bidders. Shareholders receive a big premium and the deal risk goes to Canadian Pacific. This mechanism forces executives to think more about deal risk instead of forcing it on to stockholders. If only it was more widespread.