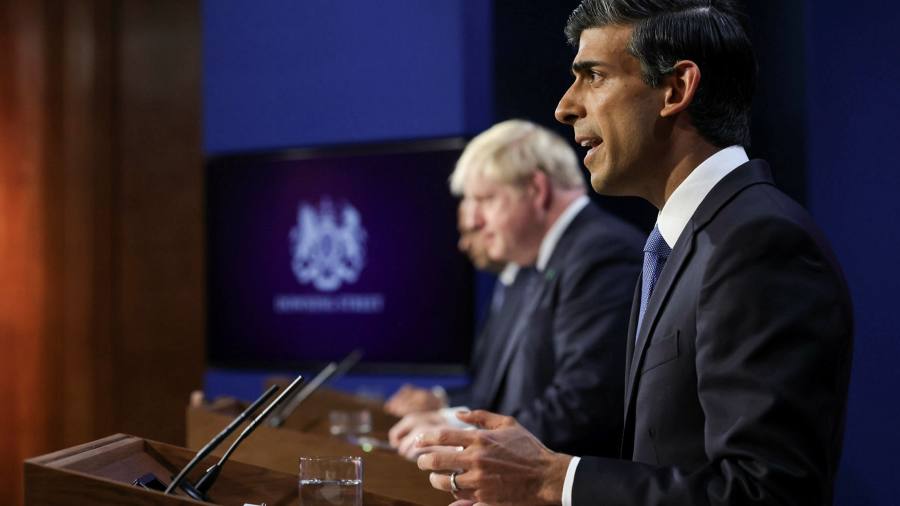 The writer, a former permanent secretary to the Treasury, is a visiting professor at King’s College London

Controlling the public finances is a Sisyphean task. But this weekend the UK Treasury will be celebrating pulling off a tax increase of a magnitude not seen this century.

For me, this reaffirms two time-honoured axioms. First, however much the politicians may resist the inevitable, structural increases in public spending have to be paid for out of tax in the end. And second, when the chips are down, governments will always resort to increasing national insurance contributions.

The first 75 years of the 20th century saw a relentless rise in the size of the British state. That changed in the mid-1970s. Inflation drew more and more workers into the income tax net. Cuts imposed by the IMF led to disillusionment about what taxpayers were receiving in return. Politicians began to approach tax from a more managerial perspective.

For a time it became fashionable to increase value added tax. But that foundered on the inability of successive Conservative chancellors to persuade parliament to extend the VAT base. And in any case, both Treasury ministers and officials began to realise that national insurance contributions were less unpopular than either income tax or VAT.

The clue was in the name. Voters associated national insurance with good things like the NHS and the state pension. Even though this wasn’t strictly true — the national insurance fund is more apparent than real — the Treasury was only too happy to exploit this quirk of taxpayer psychology.

But the problem with national insurance is that it is only paid on labour income. It hasn’t been payable on investment income, whether dividends or rents. It is only paid by those under state pension age. And the rate paid falls as earnings increase, in contrast to income tax’s progressive structure.

To the chancellor Rishi Sunak’s credit, he has sought to address some of these faults with the proposal for a health and social care levy. The levy will be payable on dividends and on pensioners’ earnings. But rents will remain exempt. Arguably, a tax which is paid by a pensioner supplementing her meagre income working in a supermarket but not by the landowner living off his tenants’ rents is less than fair.

But there’s another reason why successive governments have favoured national insurance over income tax increases. Employers pay national insurance too, and governments are generally quick to mirror any increase in the employees’ rate in the rate paid by employers. The latter will also rise by 1.25 percentage points from next April, reaching a rate of 15.05 per cent.

Taxing employers is easier politically. They don’t have many votes. But employers’ national insurance is a tax on jobs. Tax more employment and you get less of it.

Sunak has announced more than £40bn of tax increases this year, nearly two-thirds of which will be borne by business in the form of higher corporation tax and national insurance. That may be good politics, but at a time when Brexit has made it more important than ever that the UK is business-friendly it is almost certainly bad economics.

And that takes me to a final axiom. Over the past 50 years, there have been many “radical reforming” Budgets. Tax rates have risen and fallen, new taxes have been created, old ones abolished. But throughout this period the tax take has been stubbornly stable. No chancellor has managed to get tax receipts above 34.1 per cent of national income. Sunak’s announcement assumes a tax take not seen since the days of postwar austerity. Forgive me for thinking this could yet prove a mirage.