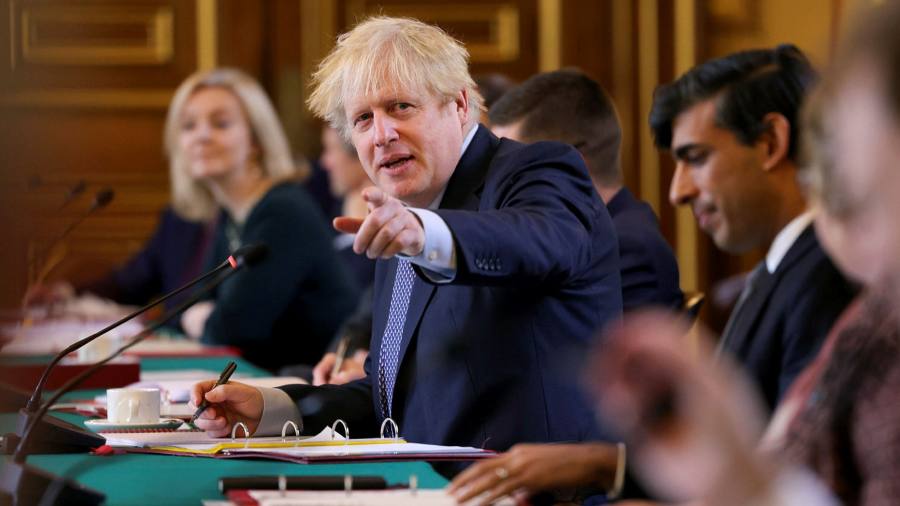 Cabinet reshuffles are best viewed as information. Aside from the removal of ministers who have become political liabilities, they indicate the issues that are most troubling Downing Street.

Viewed that way Boris Johnson’s shake-up offers two key clues to Downing Street’s state of mind. The first is that he recognises the need to turn levelling-up from a slogan into a cogent plan of action. And the second is that he needs to rebuild some bridges with his party.

While other changes may generate more headlines, the key move is the appointment of Michael Gove as communities and housing secretary with a particular focus on the levelling-up agenda. Whatever criticisms are made of Gove’s politics, he is seen by Johnson as an effective and forceful minister who is more likely than most to turn what has heretofore been a nebulous slogan into a detailed strategy. Gove has become Johnson’s go-to minister for major strategic challenges and his appointment signals the prime minister’s concern that the huge expectations he has stoked need to be turned into visible delivery.

Gove also now takes responsibility for planning reform, an issue which has enraged Tory MPs and provoked concerns about alienating southern voters. The first pass at this was identified with the former strategist Dominic Cummings, who provoked a parliamentary backlash with the notion of a centrally devised algorithm overriding local concerns. Gove’s task here is to find ways to meet the government’s commitment to housebuilding while not losing the backbenchers. By keeping responsibility for the Union, Gove now holds a number of the government’s most difficult challenges.

Elsewhere the theme is the more straightforward replacement of liabilities with more effective ministers. After a hopeless spell at education, Gavin Williamson was patently a dead man walking. Robert Jenrick, Gove’s predecessor, had not only been tarnished by scandal over a Tory donor but also carried the can for the botched planning reform. Dominic Raab had been losing support even before his mishandling of the Afghanistan withdrawal, but that sealed his fate. He stays in cabinet in the lesser role of justice secretary with the fig leaf of his appointment to the meaningless role of deputy prime minister.

Of the ministers widely tipped for the sack, only Priti Patel, the home secretary survives, partly because much of the vitriol aimed at her comes from outside the party rather than from within.

Others have gone mainly because their time was deemed to be up. Amanda Milling was underpowered as Tory chair and failed to foresee the Chesham and Amersham by-election defeat. Robert Buckland, the lord chancellor, had no such black marks but was expendable and went to facilitate the Raab move.

Finally, Johnson has advanced party favourites, most obviously Liz Truss, the new foreign secretary, who has for months topped the Conservative Home poll of best-rated cabinet ministers. She has impressed Johnson with her enthusiastic pursuit of trade deals and is valued by activists as one of the few in cabinet still ready to fight for free-market ideals. A committed Atlanticist and China hawk, Truss will help build bridges in Washington while her time as trade secretary has given her a diplomatic grounding.

Nadine Dorries, the new culture secretary and an early Johnson backer, will also delight activists as a likely enthusiastic assailer of metropolitan media and pursuer of culture wars. Oliver Dowden’s move from culture to party chair is a sign that Johnson sees the party organisation as being in need of a shake-up.

Finally there is the dog which did not bark. To no one’s surprise, bellicose threats against the chancellor Rishi Sunak came to nothing. The prime minister may be suspicious of his ambitious neighbour but his focus is on improving competence and delivery the parts of his government which are not working, not the parts which are.