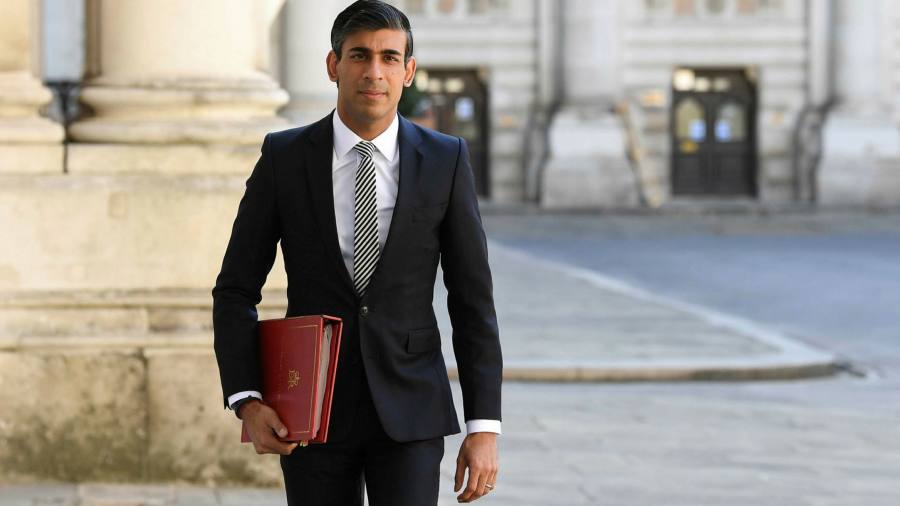 Sign up to myFT Daily Digest to be the first to know about UK government spending news.

With the UK economy generating roughly £2,300bn a year, rarely has the phrase “a billion here, a billion there and pretty soon you are talking real money” had more relevance. But the good news is that the UK can afford it. Maintaining harmonious relations between Rishi Sunak and Boris Johnson might be difficult this autumn, but the economics of Britain’s public finances are not that daunting.

To see what is possible, you need to look at two cards the Treasury is keeping close to its chest. These are likely to make all the difference at the time of the Autumn Statement on October 27.

The first relates to timing. Every month the chancellor issues almost the same tough statement, saying he is committed to keeping public borrowing “on a sustainable footing” and ensuring measures are in place “to keep debt under control in the years to come”. Sunak is correct — the UK’s high levels of current borrowing are unsustainable. But returning to pre-pandemic levels of public expenditure does not have to happen in 2022-23, as currently planned.

Expenditure to clear court backlogs, ease health waiting lists, provide catch-up education or bail out viable transport services can continue for a few years, so long as it is credibly temporary. A core purpose of government borrowing is to insure society against catastrophic events, smoothing the costs over many years. This is just as important in the recovery phase from the pandemic as it was in the teeth of the crisis.

The second card Sunak is likely to hold this autumn will be a large windfall in the public finance forecasts of the Office for Budget Responsibility, as it trims previous estimates of the long-term economic damage wrought by the crisis. The fiscal watchdog has already put under review its current assumption that the pandemic will impart a permanent 3 per cent hit to the £2,300bn level of economic activity. And while none of us has a good idea what the right assumption should be, and it is shocking the OBR’s work is being done in private, similar organisations have become more optimistic in 2021 about scarring. The OBR never likes being an outlier and the Treasury is expecting a material revision.

If the OBR used the Bank of England’s assumptions, for example, careful work by the Institute for Government shows Sunak should count on a £25bn annual windfall — enough to fund additional longer-term public spending and to run sustainable public finances.

The money would not cover new programmes, such as the reform of social care or an uplift to state pensions, merely because the average earnings figures are highly distorted at the moment. But it sets up an intriguing package of measures for the autumn.

Sunak could announce a social care reform funded by income tax rises, a generous but reasonable increase in the state pension and a freeze in universal credit at its higher current level. The pandemic requires us all to be in it together, the chancellor could say, with contributions from the rich, pensioners and the poor. This package could include more money permanently for health and temporary higher borrowing for catch-up spending in education, justice and transport. All this could come with a medium-term current budget balance and debt falling as a share of national income.

Sunak is lucky in having two get out of jail free cards this autumn. He now needs to play them right.