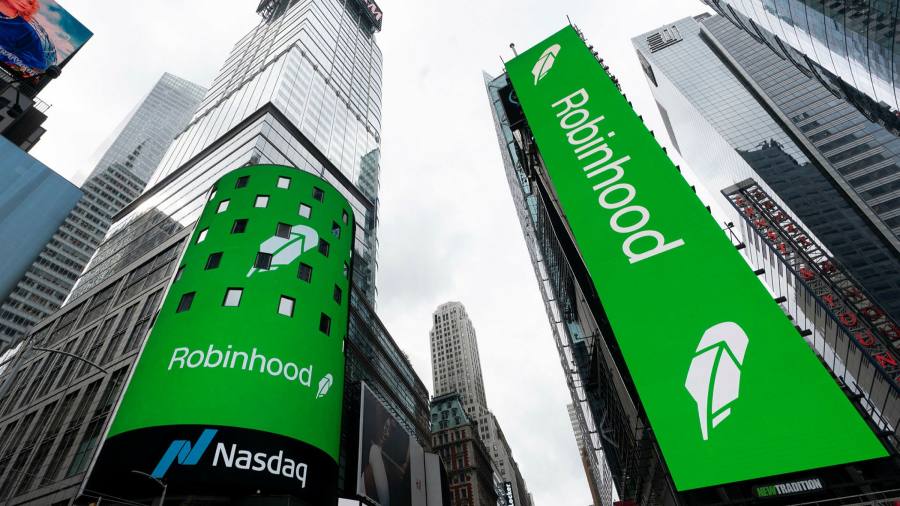 Sign up to myFT Daily Digest to be the first to know about Robinhood news.

Live by the sword, die by the sword. Retail trading app Robinhood drove the frenzy in so-called meme stocks earlier this year. Now the California company’s own shares are swinging around for no apparent reason. Attempting to make a sensible bet on where prices will settle underestimates the irrationality of meme stock trades.

Social media chatter is driving interest that cannot be justified by changes to the underlying business. The share price has jumped from $38 to $85 and back down to $51 in just over a week. Explanations include options trading, potential share sales by early investors and the revelation that famed asset manager Cathie Wood’s ARK Invest has bought a stake.

Robinhood is not in quite the same situation as GameStop or AMC. It only began trading last week. Short interest may be more limited than it was in other meme stocks, in which poor company performance and subsequent short positions caught retail investor interest. The resultant squeeze forced short-sellers to buy more stock to cover positions. Crispin Odey’s recently reported bet against AMC puts him at risk of the same dynamic.

The wild price moves mean that Robinhood now trades at just under 60 times last year’s revenue. This is a problem given the existential threats that face the business. Robinhood made retail investment more popular by offering a slick experience with commission-free trades. It reported 18m users in March, up from 7m the previous year. But regulators are unhappy with the “payment for order flow” business that accounts for 81 per cent of revenues. Taking a fee for directing trades to market makers raises questions about benefits for customers. Any change to the system would disrupt Robinhood’s entire business model.

Further price rises are impossible to predict. According to data from retail investor tracker Breakout Point, the focus of social media has already moved on to battery manufacturer Microvast. Robinhood’s life as a meme stock may be shortlived.

This article is closed to comments due to a history of posts on this subject that breach FT guidelines.