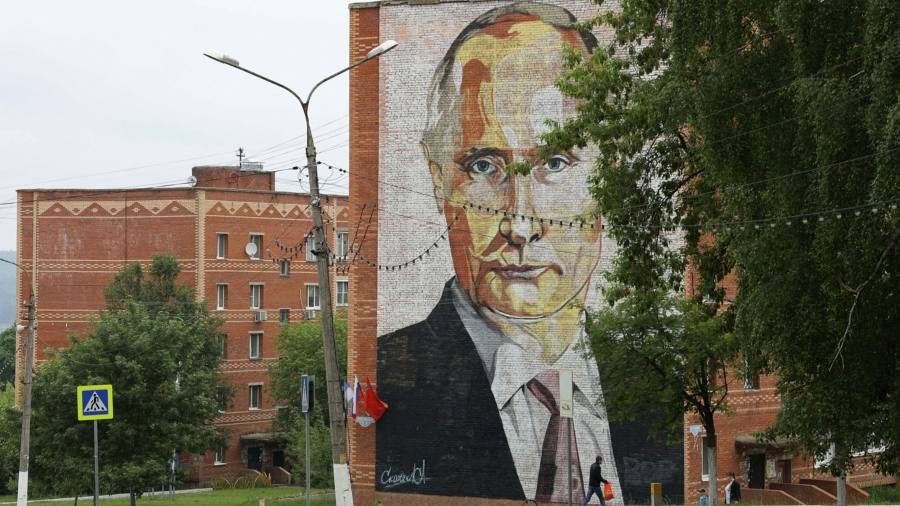 Sign up to myFT Daily Digest to be the first to know about Russian politics news.

The purpose of next month’s Russian parliamentary elections is not to produce a government chosen by the people in a free and fair contest. Every Russian voter knows that. The outcome is preordained: a victory for President Vladimir Putin and the ruling United Russia party.

Ultimately, it will be beside the point whether United Russia wins roughly three-quarters of the 450 seats in parliament, as in 2016, or falls short. The lack of genuine competition will make the party’s victory an imperfect guide to Russian public opinion. A more important question is why, given that the logic of autocracy dictates the winner in advance, the Kremlin is making these elections the least free during Putin’s 21 years in power.

The regime’s crackdown on its critics is more severe than the levels of dissent and discontent in Russian society appear to warrant. The general public is certainly impatient with rising prices and stagnant living standards. And the popularity of United Russia has fallen over the past two years, while tighter official restrictions on civic freedoms grate on the middle classes of Moscow and St Petersburg. But Putinism is not under immediate threat either from Alexei Navalny, his most prominent opponent, or from society at large.

The poisoning of Navalny last August and his imprisonment six months ago heralded the start of the latest clampdown. Since then, Russia’s authorities have outlawed Navalny’s anti-corruption movement. They have barred many less well-known independent candidates from running for the State Duma, Russia’s lower legislative chamber, and for 39 regional assemblies to be chosen in the September 17-19 elections.

In an unusual move, the authorities last month disqualified Pavel Grudinin, a communist leader and former presidential candidate, from taking part in the Duma elections. Throughout the Putin era, the communists have contributed to an illusion of political pluralism by operating as a party distinct from United Russia, but invariably falling in line with the Kremlin when it matters. Now Putin and his entourage are treating even them with suspicion.

To account for the crackdown, we need to ask why authoritarian regimes bother to hold elections at all. One answer is that they crave the formal legitimacy derived from political rituals that mimic freedom. When citizens consent to join these ceremonies they signal their complicity in a fake theatre of politics that is as different from the real thing as vodka from water.

At times, however, the willingness of society to overlook the hollowness of such rituals can come under strain. This is especially true if the authorities feel obliged to engage in extensive ballot-rigging to deliver the desired results.

In this context, the Kremlin draws lessons from the Duma elections of 2011 and from last year’s presidential contest in neighbouring Belarus. Complaints of widespread fraud in the 2011 elections led to some of the largest pro-democracy protests in Russian cities since the Soviet Union’s collapse in 1991. The peaceful uprising against President Alexander Lukashenko of Belarus followed his declaration of victory in what was a blatantly fixed election.

For the Russian authorities, the way to avoid such unrest is to reduce authentic electoral competition to the barest minimum and thereby limit the need to falsify the results. Navalny and his supporters have previously had some success with “smart voting” — encouraging people to cast ballots for the candidate with the best chance of winning, provided that they are not aligned with Putin or United Russia. This tactic will be hard to repeat next month, given the crackdown on Navalny’s movement and the elimination of many independent candidates.

From the Kremlin’s point of view, it may be more difficult to avoid the embarrassment of mass abstention. Turnout in the 2016 Duma elections was only 48 per cent, down from official estimates of more than 60 per cent in 2007 and 2011. A similarly high level of abstention in next month’s elections will surely indicate more than widespread apathy. It will underline the point, recorded by the Levada Center, Russia’s most reputable pollster, that almost half the population thinks the country is on the wrong track.

This mood is not the same as a yearning to be rid of Putin. As under tsarism or communism, Russia’s leader commands support simply because the system permits no rivals and no alternative symbol of national unity. But the Kremlin’s intensifying repressions are also a sign that, in its third decade, Putin’s system is becoming an exercise in paranoia, self-preservation and very little else.