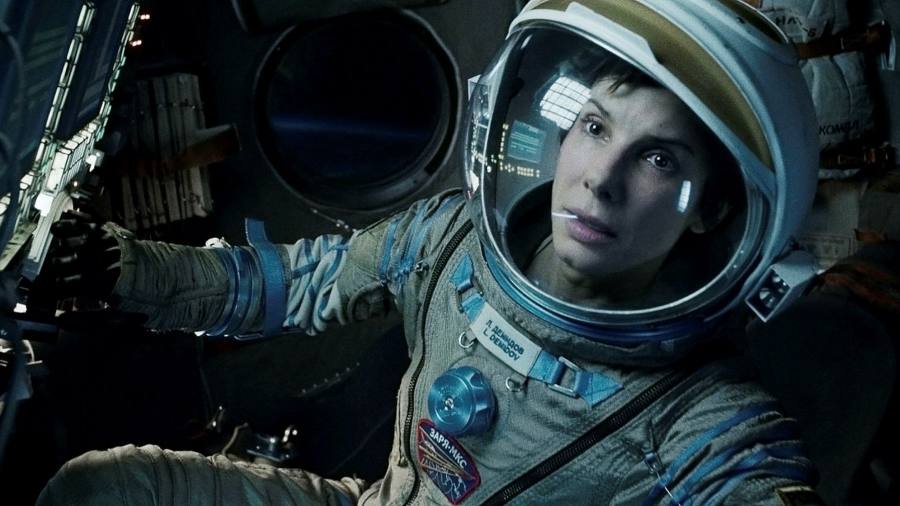 Sign up to myFT Daily Digest to be the first to know about Space industry news.

The more satellites there are flying around in low-earth orbit, the more likely they are to collide, fragment and spawn an escalating series of collisions. The space industry and its regulators need to disprove that theory — known as the Kessler Effect — to keep insurance costs down and investment plentiful.

Space is certainly getting busier. The number of working and defunct satellites within low-earth orbit has increased by half in the past two years. Starlink, the satellite broadband network planned by Elon Musk’s SpaceX, already has permission for 30,000 satellites.

That is more than the total number of orbiting objects currently being tracked by US authorities. Much of the latter is debris left over from decades of space exploration.

Space junk poses a serious risk to satellites but collisions of the kind shown in the sci-fi movie Gravity have so far been rare. The most severe crash on record was that of active communications satellite Iridium 33 with the derelict Russian military satellite Kosmos-2251 in 2009. The increase in debris can be seen on the chart above. The bigger jump resulted from China testing an anti-satellite missile in 2007.

Constellations of satellites in low-earth orbit increase collision risks. Once fully deployed, Starlink might be “deorbiting” about 300 out-of-date satellites at any time. 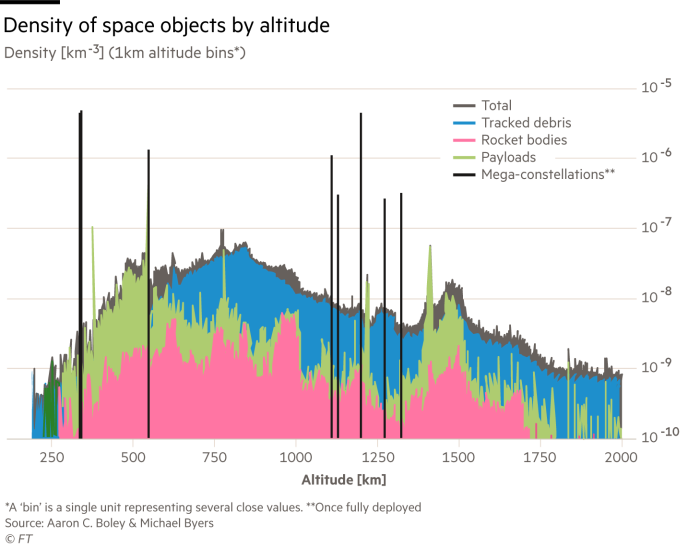 Untracked debris poses the biggest unknown. Researchers put the chances of a single piece of junk hitting one of Starlink’s satellites in the 550km orbit at 0.3 per cent annually. That risk rises exponentially with the number of objects. Fortunately, most untracked debris is small and advances in tracking are bringing more of it on the radar and out of the way of satellites.

For the moment, failed launches are the biggest danger for space companies of the kind set up by Musk and rival tycoons Jeff Bezos and Richard Branson. UK-backed satellite company OneWeb recently announced it had arranged $1bn of insurance cover with broker Marsh to help mitigate this risk.

The Lex team is interested in hearing more from readers. Please tell us what you think of the risks from space junk in the comments section below