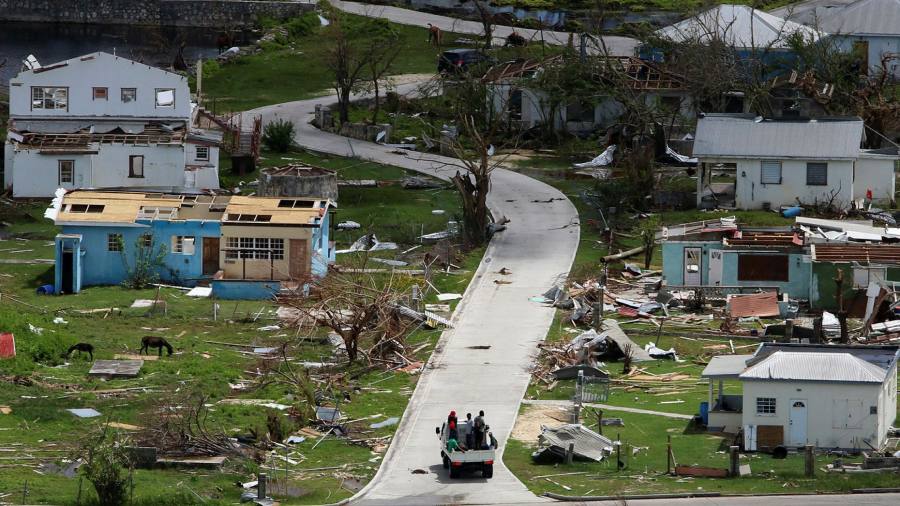 Small island developing states (SIDS) know too well the costs of the climate crisis in both lives and livelihoods. For us, Irma, Maria, Dorian and Harold are not just names. These hurricanes in the Caribbean and Pacific have wiped out the entire annual GDP of nations hit and, in some cases, left islands totally uninhabitable. Stemming climate change isn’t a desire, it is a necessity.

If anyone harboured any doubts that greenhouse gas emissions pose an existential threat for small island nations, last month’s Intergovernmental Panel on Climate Change report should eliminate them. Man-made climate change is accelerating a rise in sea levels, stoking hurricanes to greater degrees of destructive power, and changing the weather systems that bring us fresh water and fertile soil.

The report precedes the crucial COP26 climate change summit in November, considered the “last best chance” of keeping climate change within the guardrail of 1.5 Celsius. As countries that have contributed little to this crisis, we will be looking to those most responsible to lead in solving it.

COP26 must be the summit where nations that grew prosperous burning fossil fuels make good on their commitments. The G7 countries pledged to halve emissions this decade and we now need a realistic plan, not empty promises. Developed states need to deliver the $100bn per year they agreed in 2009 and start a process to increase the sum. We need effective mechanisms on both adaptation and loss and damage, increasingly important after decades of ineffective emission cutting.

All of that is a non-negotiable matter of justice. But to keep global warming below acceptable levels, developed nations have more to do.

Countries at the biggest risk from climate change have the clearest motive to transition away from fossil fuels. Antigua and Barbuda, has committed to 86 per cent renewable energy generation in the electricity sector, en route to net zero in 2050, and has pledged that all new vehicle sales will be electric by 2030. Other islands are on similar pathways.

However, the economic realities are a growing hindrance. To put it simply: it costs significantly more for SIDS to cut our emissions than for wealthier nations. This was true before the Covid pandemic, but the crisis has exacerbated our debt burden. How can we unleash a zero-carbon transformation when the borrowing cost of capital for otherwise ideal renewable technologies is up to four times higher than in richer nations?

This part of the solution lies outside the UN climate process, but within the gift of the world’s most powerful leaders. International financial institutions must make fair the long-term framework on public debt, de-risking investment in SIDS. Debt Service Suspension and Special Drawing Rights are positive but temporary, and uneven in their impact as access is based on illogical criteria, to which some SIDS do not qualify. Using per capita income as the benchmark for access to concessional finance is misleading, and SIDS have long argued for a system that considers our unique vulnerabilities. The World Bank plans to align its activities with the Paris Agreement, but its financing — and that of other multilateral lenders — must flow according to mitigation and adaptation needs. We require equitable support and accessible climate finance to achieve our sustainable development goals and truly advance.

The world should not need another wake-up call on climate change, but the IPCC’s stark warning reminds us that we cannot wait to embark on a global solution. Small island states are looking to the world’s richest nations to deliver the transformative COP we all need. Considering the stakes, they should not expect us to be anything other than implacable in pursuing our demands.