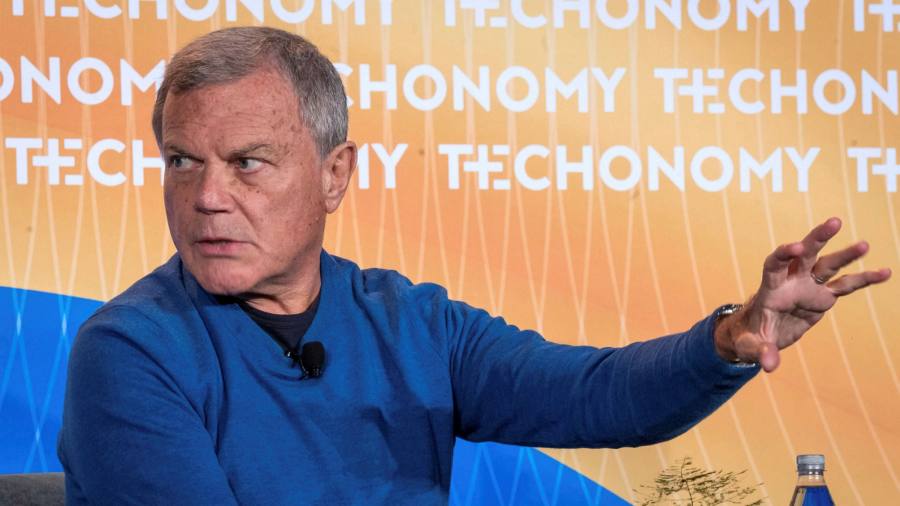 Sign up to myFT Daily Digest to be the first to know about S4 Capital news.

Marketing types like to describe their jobs as storytelling. Inspirational quotes about building brand narratives and channelling customer emotions are the industry equivalent of a “Live Laugh Love” wall sticker.

Sir Martin Sorrell knows better than anyone the value of a good yarn. His digital marketing roll-up S4 Capital has been built around the themes of revenge and retribution. Cultivating hostilities with WPP, which following Sorrell’s exit in 2018 is run by his former protégé Mark Read, has helped cast S4 as the disrupter in a sector full of lumbering beasts.

Isn’t it time S4 outgrew this origin story? The company has a market value of £4.5bn, or almost half a WPP, on 6 per cent of its headcount. A valuation of about 60 times forward earnings moves the stock well outside media sector averages and into the realm of the Silicon Valley companies that have been its main customers. From some angles, S4 is beginning to look less like WPP Redux and more like a tech champion, albeit one run by a 76- year-old who is approaching his fifth decade in the game.

It helps that S4’s sales pitch is equally compelling. Through a slew of acquisitions it trawls for contracts to provide content or data, often for companies that have taken part of their advertising budget in house. Starting small means avoiding the costly and time-consuming business of competing for full-service mandates, which has long been the ad agency model.

Digital marketing promises easy-to-measure returns on investment. But, in a sector overrun by charlatans, it’s Sorrell’s fame and connections that give S4 a foot in the door, after which the upselling can start.

Sorrell’s leadership also soothes concerns about the speed with which the business has been built. On Wednesday, S4 announced its 25th notable deal since formation in May 2018. The target is Cashmere, a Los Angeles creative agency that herds influencers into online events more than it runs traditional campaigns.

Good storytellers know to leave an element of mystery. In common with previous deals, the Cashmere purchase has been structured as a merger with Media Monks, S4’s main operating division, with no values attached. Lax rules around disclosure are among the many perks of S4 maintaining a standard — rather than premium — London Stock Exchange listing.

Fans say this coyness is not just about protecting fragile egos. Structuring deals as mergers rather than acquisitions helps S4 avoid the silo problem suffered by holding companies such as WPP. The theory goes that when each individual agency and services shop is working to hit earn-out contracts based on their individual profit and loss accounts they have little incentive to cross-sell. S4 runs a single group P&L and keeps acquired management keen with equity rather than earn-outs.

As a business strategy, it works. As good corporate governance, it has limitations. S4 has issued new equity to pay for acquisitions 16 times in 12 months, often with a very long gap between the deal announcement and the share count update. For shareholders to know so little about how much of a company they own is not ideal, though a more than fivefold gain for the stock since March 2020 means they have not complained too much.

But then, S4 investors already know their place. Sorrell maintains complete control of the group, with a golden share that affords rights to pick the board and block shareholder resolutions. A five-year incentive share scheme gives him and deputy Scott Spirit rights to 15 per cent of the value they add from inception, so long as they clear a hurdle of 6 per cent compound annual growth. What happens afterwards is anyone’s guess.

Such unorthodox governance keeps S4 out of many portfolios — and rightly so. Dangers are considerable and scrutiny is lacking. Sorrell’s ambitions will require ever bigger acquisitions in unfamiliar areas such as IT, where competition from private equity has been driving up prices. Yet the share price alone is a demonstration that public market investors can stomach the risk. For now at least, it’s enough to have a good story.