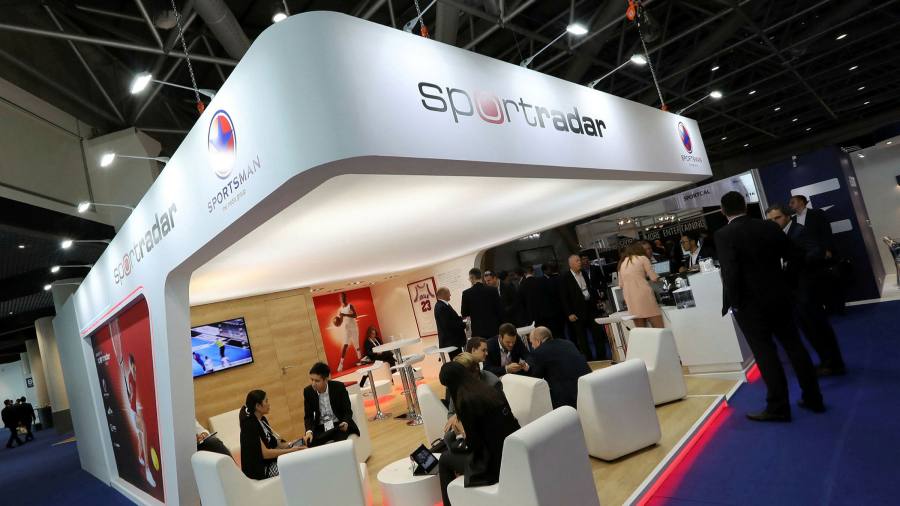 Lionel Messi’s move to Paris Saint-Germain makes the Argentine football star the world’s highest earner. But Messi’s moves on the pitch — and the statistics they generate — are lucrative for league owners too. Data aggregators such as Switzerland-based Sportradar, which announced plans for a Nasdaq IPO on Wednesday, pay richly for access to this information.

American football, not soccer, provides the impetus for European data groups going stateside. Sportradar’s rival Genius Sports has already listed in New York via a Spac deal earlier this year. Legalisation of US sports betting, which relies on such data, has spurred an investor gold rush seeking out gambling dollars. Sportradar and Genius Sports collect and sell data on behalf of the leagues. But competition between the two has pushed up the value of data ever higher, which could mean a bad result for investors.

Genius Sports, the smaller of the two groups, has used its new funding to go on the offensive. It agreed to pay $120m annually to the National Football League for exclusive data rights in April. Sportradar, which previously held the NFL rights, said it would have to charge customers five times more to mount a competing bid. It chose to avoid an “uneconomical” deal.

The high cost of NFL rights did not stop Genius Sports from raising an additional $450m in new equity in June. Its shares are richly valued at 13 times this year’s expected sales, nearly $3bn in market value. A similar multiple for Sportradar, which has not stated how much it hopes to raise, would value the group at $8bn.

Genius Sports also has exclusive rights to British football data, including for the Scottish and Premier leagues. Sportradar opposes this exclusivity and has sued its rival in UK courts. Disputes have even broken out at stadiums, with Genius Sports preventing rival data journalists from collecting statistics at games.

Spirited competition makes for an enjoyable spectacle. It should also serve as a warning to investors. Bidding up data contract prices unreasonably could backfire on the winner. Best to observe this match from the sidelines.