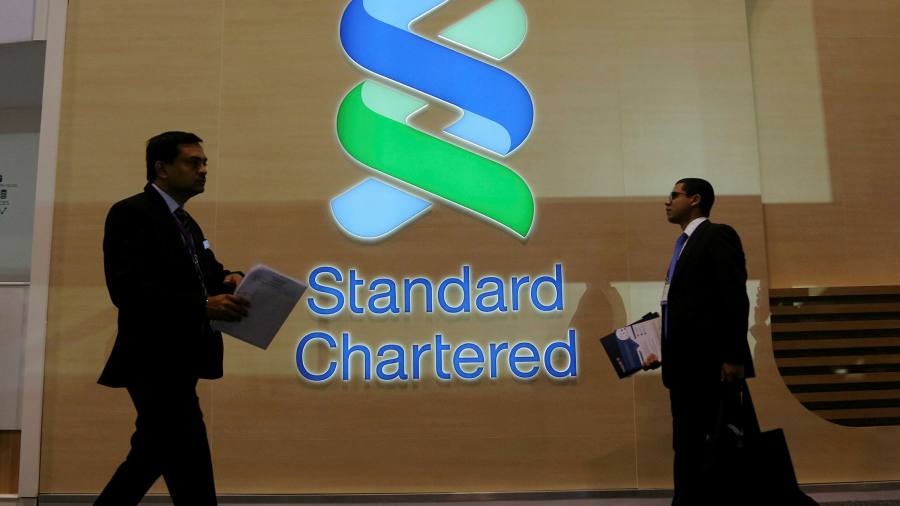 Sign up to myFT Daily Digest to be the first to know about Standard Chartered PLC news.

On his appointment as chief executive in 2015, Bill Winters identified organisational complexity as Standard Chartered’s biggest problem. Six years later he has yet to arrive at a solution.

Analysing results from StanChart has a lot in common with one of those choose-your-own-adventure books. All routes and readings are fraught with surprise complications, where each starting point has the potential to deliver the reader at a dramatically different conclusion.

Profits beat expectations? Yes and no. The $1.2bn quarterly pre-tax profit StanChart posted on Tuesday was somewhere between 5 and 40 per cent higher than the market consensus, depending on whether you start in the bank’s underlying or statutory results table. Either way, one-offs powered the beat. There was an unanticipated unwinding of bad loan provisions worth $67m and an accounting rejig that inflated net interest income by $73m.

Strip those out and it is possible to arrive at a clean operating profit figure about 7 per cent below where the market had expected. The tidier metric of net interest margin, the difference in income between interest charged and paid out, tells a similar story: one-offs boosted the headline while the underlying number deteriorated.

Guidance? Unchanged. Except not. StanChart reiterated that current year income will be similar to 2020 but flagged another artificial bump in the second half from accounting around financial instruments, so unaltered guidance was in effect a small downgrade.

The loan book? Bigger by 2 per cent quarter on quarter, but not all that profitably. Staff bonuses, currency headwinds and investments in digital stuff meant costs ran hot at $2.6bn. And while Winters stuck by a target of keeping the cost base below $10bn this year, a caveat was added to allow for the winners’ curse of performance-related pay.

Such summaries can only ever skim the surface. Myriad other paths are available through StanChart’s 186-page interim results statement, 60-page slide deck and supplemental data pack containing 18 individual spreadsheets. Spending too long in the data risks being drowned by detail while learning very little.

The big picture is of a bank that has materially underperformed peers for about a decade as Winters struggled to fix the mistakes of his predecessors. StanChart’s Asian and emerging markets franchises once made it the darling of the UK sector, until falling US treasury yields exposed their structurally low profitability. A 75 per cent share price fall since 2010 is the metric that overshadows all others.

Inflation expectations in the west have ticked higher this year, which ought to favour emerging market lenders over their European counterparts. Yet StanChart’s valuation has remained at the bottom of the pile at less than 0.5 times tangible book value. Because of stubbornly high costs born of its inefficiencies and complexities, investors have lost faith in StanChart’s ability to use rising short-term US treasury rates to its advantage.

Sign up to the City Bulletin newsletter for the latest company news. Every morning our UK equities reporter Bryce Elder covers the biggest business stories and delivers them straight to your inbox by 8am UK time.

Winters’ solution is to buy the shares they do not want. A $250m buyback has been given priority over dividends, which were restarted at a token level costing just $94m. Acquisitions are also on hold until morale improves.

Pre-results speculation involved StanChart spending some surplus cash on Asian retail operations put up for sale by Citigroup, including a $18bn Korean loan book. Korea has long been a problem for StanChart, generating just 7 per cent of group operating income from a cost base even larger than the flagship Hong Kong operations. Scale would probably help.

But for the moment, the combination looks to be off the menu. The stock’s deep discount to book value has made buybacks a more profitable use of capital, at least in theory. It is hard to see the lack of ambition as anything other than a surrender.

Winters maintains that from 2022 StanChart will be growing income annually at between 5 and 7 per cent. The pandemic, he says, has been a bump on the road to recovery. The frustration for investors is that, six years on from him taking the helm, StanChart still appears no closer to the destination.