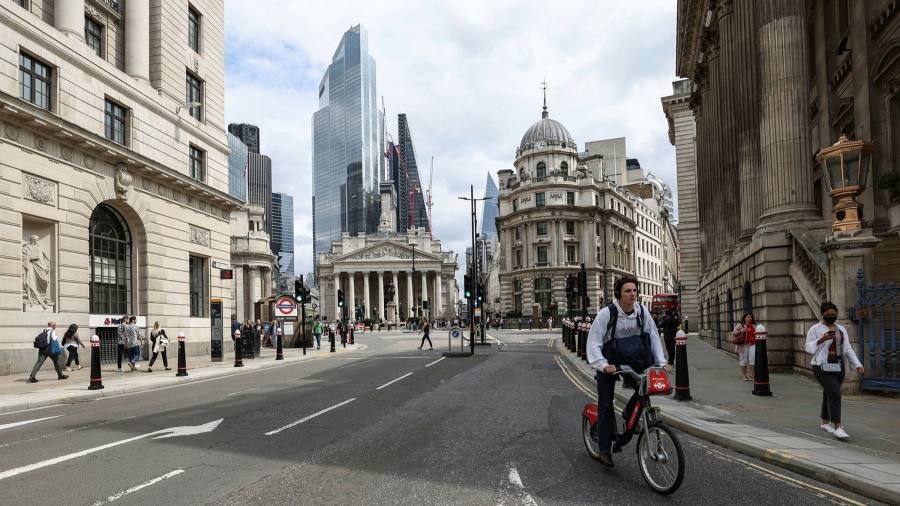 Sign up to myFT Daily Digest to be the first to know about Financial & markets regulation news.

In the sunlit uplands of Brexit, there are opportunities, and arguments, to be had.

The good news is there are — genuinely! — some areas of financial regulation that everyone broadly agrees can be changed to the benefit of industry and the economy alike.

The bad news is that there is looming tension between the hopes of businesses, the concerns of regulators and, complicating that standard tug of war considerably, a political push for “competitiveness” for Global Britain.

The even worse news is that the test case involves insurance regulation.

The reason to dive into this faintly hellish subject is that it’s indicative of a wider debate. As the government consults on how to regulate financial services after Brexit, the industry scents an opportunity: to use government concerns about growth and competitiveness to stamp its priorities on a new rule book. Here goes.

Solvency II has had star billing in just about every report on regulatory divergence surrounding the UK’s exit from the EU. Given the domestic peculiarities of insurance markets, there is scope to tailor regulation better to the UK sector. Some bits simply don’t work very well, which is why the EU itself is also looking at reform. Still, being outside the bloc means more flexibility.

There are two big areas under consideration. The first is a gimme: everyone agrees the risk margin isn’t well designed. An additional buffer that didn’t exist in UK regulation before Solvency II, it has proved to be too large and too volatile in a low-interest rate environment.

The second is the matching adjustment, which allows writers of long-term business such as annuities to match predictable cash flows from assets against their liabilities (and get a capital benefit as a result). The criteria for which assets qualify for this treatment are tightly drawn: that, the industry says, limits its ability to invest in areas such as infrastructure or green energy.

And this is the rub for a government almost embarrassingly eager to get pension and investment money trained on areas that could give substance to political slogans such as Build Back Better. The Association of British Insurers this year argued that reform of Solvency II could free up £95bn for reinvestment, about two-thirds of which came from changes to the matching adjustment.

This is an old hobby horse for some in the sector. So imagine their delight when the Treasury review of the issue in July agreed there was a “strong case” for changing the risk margin, and that eligibility for the matching adjustment should support government priorities including climate change objectives.

Enter the Prudential Regulation Authority, which remains primarily concerned with the turgid business of financial stability. A data request to insurers last month caused consternation. The scenarios requested were much more conservative than expected — in one case such that it could reduce the sector’s ability to invest further.

The official message has been that the data merely enable analysis on a full range of options. But as one industry figure puts it, “everyone feels they are signalling quite seriously from the ones they have chosen”.

This shouldn’t be a great surprise. Sam Woods, head of the PRA, this year expressed his doubts about any reform that “materially decapitalises the insurance sector”. The regulator may be wary that changes result in returns to shareholders, rather than investment in housing or wind farms.

But the regulator is treading a tricky path in trying to deliver three aims laid out by the Treasury, only one of which involves protecting policyholders and safeguarding stability. So much so that a second information request due soon is expected to pour oil on industry anguish with reassurances over competitiveness and long-term investment objectives.

This, after all, is a political process: the detailed rules dumped into British law from Brussels will need legislation to change. Even once regulators regain control over their rule book, there are efforts to embed the promotion of international competitiveness in their mandates (something that was removed following the financial crisis for very obvious reasons).

That would be worth questioning even without a government determined to show results for its banner policies by diverging from European rules.