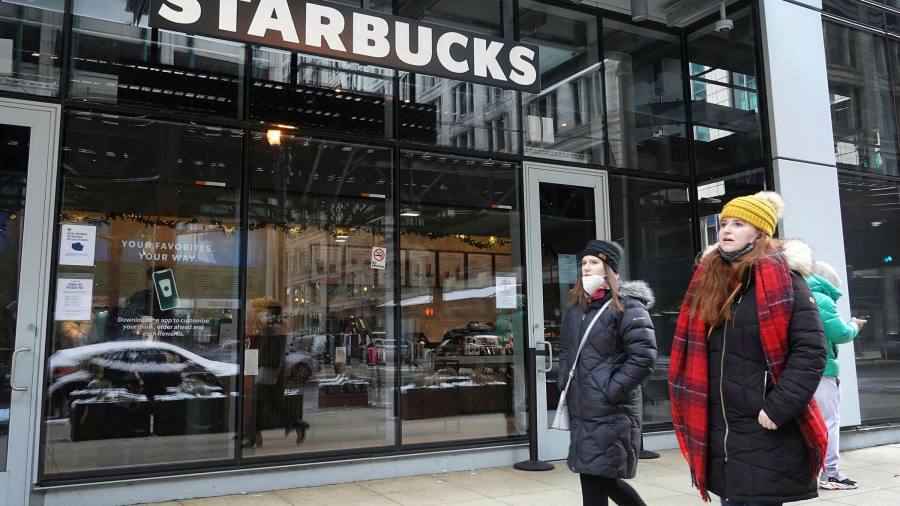 Starbucks has more than 33,833 locations, including licensed stores. It sees room for many more. The Seattle-based coffee company expects to open 2,000 new spots this year, many overseas. Sales rose 31 per cent in the last quarter in part because the chain opened more than 500 new stores in the period.

What those stores look like is changing, however. A new partnership with AmazonGo, Amazon’s cashless grocery shops, is part of a broader move away from large restaurants to more pick-up coffee spots and drive-throughs. Instead of focusing on barista service, these prioritise rapid transactions in the hopes of increasing customer visits.

Peet’s, acquired by German conglomerate JAB in 2012 and spun off with other coffee and tea brands in 2020, has an equity value about a tenth that of Starbucks. While its consumer sales benefited from lockdowns, it is unlikely to close the gap.

Starbucks restaurant sales did fall during the pandemic. The company has also had to raise its average pay amid a labour shortage. Union efforts in the US are likely to lift costs further. Sales in China are down in the short term as the country tries to control the new Covid-19 variant. In the last quarter, Chinese same-store sales fell 7 per cent.

Yet coffee remains a popular daily luxury and China is usually one of the fastest-growing markets. Sales are already back to pre-Covid levels. In the fiscal 2021 year, they reached $29bn — up nearly a quarter on the previous year. In spite of the jump in home coffee makers, demand for costly, in-store coffees keeps growing. A rewards programme with close to 25m members and plans to increase locations by about 6 per cent this year will keep Starbucks in the lead.