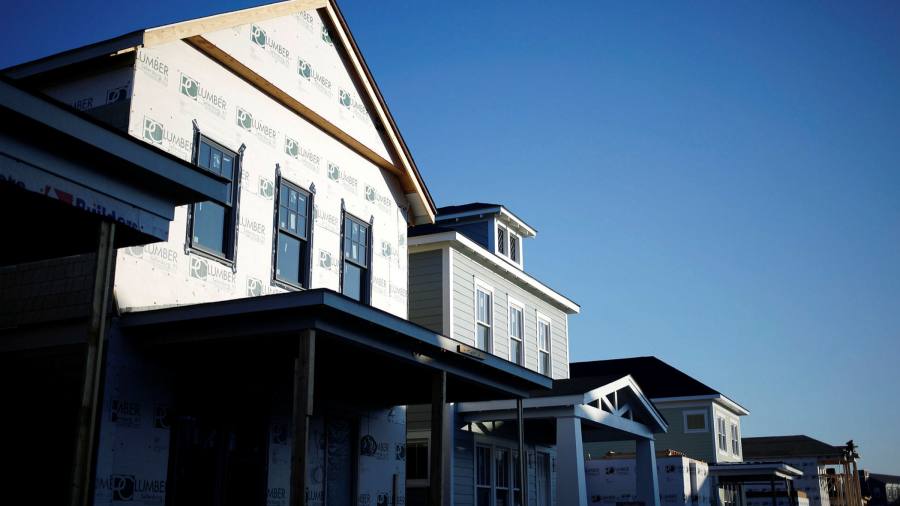 Sign up to myFT Daily Digest to be the first to know about Ginnie Mae news.

A rushed, drowsy-summer-weekend rulemaking by Ginnie Mae, the $2.1tn US housing finance agency, illustrates the decay of the federal government’s machinery.

Most political amateurs are watching videos of bitter intra-Democratic party feuds or bellowing Southern governors. The real DC is at work in its second home office, watching the waves or the clouds over the mountains, tweaking obscure regulations and electronically murmuring to colleagues. That is where the big money is made.

The debates that count are between interest groups weighing each others’ power, all of them using “independent” consultancy firms to generate their talking points. Take the making of the new Ginnie Mae rules as an example. On July 9, the agency put out a “Request for input” from “stakeholders”.

Ginnie Mae is the major guarantor for mortgages made to riskier homeowners in America. Under programmes such as those enabled by the Federal Housing Agency or the Veterans Administration, Ginnie Mae is intended to serve striving home buyers with mere working class incomes and modest savings.

It approves banks or independent mortgage bankers which underwrite mortgages and “service” the accompanying years of paperwork. Those mortgages are then wrapped up, securitised, and sold to investors who want a bit more interest than treasury bonds, partly offset by the banks’ and servicers’ fees.

Ginnie is seeking “input” on changes to eligibility requirements for mortgage bankers it works with. Ginnie is not bound to go through the usual rulemaking process, which takes a lot of time and which is subject to appeals to the higher courts. And Ginnie does not have to alter anything in response to the “input”.

While the title of the rather sketchy “RFI” is coma-inducing for normal people, there were a lot of independent mortgage bankers who took it like a life sentence to the galleys. Much is at stake.

The “originating” fees are fat enough, but there is a lot of money in the 0.5 per cent annual servicing charges for sending out statements, or payment promptings, or warnings of foreclosures. For example, in the first quarter of this year PennyMac earned $224m in Ginnie servicing revenues, and Freedom Mortgage Corp raked in $234m. Of course there are costs, which can be crushing if you do not have scale and the highest technical skill, or if there is a lot of market stress and foreclosures.

The commercial banks have reduced their Ginnie Mae share since the financial crisis. Too many lawsuits and too much expense. So the 900-odd IMBs are generating close to 70 per cent of new Ginnie mortgages. Business has been great, especially during a falling rate environment in which homeowners generate fees through refinancings and purchases.

Ginnie’s RFI stink bomb, which seems to become effective on August 9, would impose significantly higher capital charges on the independent banks — up to a punitive 250 per cent of the accounting value of their service revenues.

While Ginnie’s request was vaguely justified by talk of equalising the capital charges on commercial banks and IMBs, the latter have more modest balance sheet risks. And the RFI does not seem to be a tool of the banks’ lobby, since most do not want to re-enter the Ginnie trade. So whose idea was it, really?

The agency has lacked an official CEO since 2019, and also lacks a COO. There is an “acting director”in place. However, “acting”
officials not confirmed by the Senate should not, as a rule, initiate
major policy changes, similar to the practices of caretaker
governments in parliamentary systems. And, there are not many staff, since more than 77 per cent of Ginnie’s expenses come from payments to “contractors” such as Deloitte and a provider of internet cloud services.

I have noticed, though, that the IMBs have not spoken with one, loud voice on the RFI. My hypothesis is that some of the larger, more sophisticated, better funded IMBs would not mind if a whole bunch of the lower end of their 900 competitors were to fail to make it, leaving the Ginnie Mae banking business to them. Then the survivors can talk to Ginnie as oligarchs, not hustlers in a market. DC Darwinism.

Could Ginnie Mae have fully modelled the risks of the “RFI”? Well, according to its auditor, its “current organisational structure . . . is a control design deficiency preventing an effective challenge to the models . . . possibly not allowing management to appropriately prevent, or detect and correct, misstatements”.

Reformers should realise that the government needs well paid, accountable civil servants to write transparent rules. Not “acting” executives who may end up later in a cushy consulting gig.