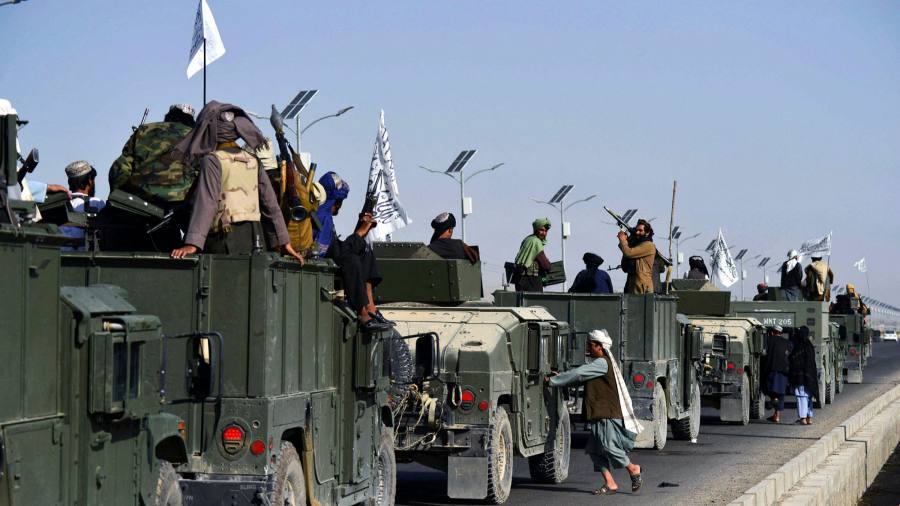 Sign up to myFT Daily Digest to be the first to know about Terrorism news.

Twenty years on, the US and its allies’ response to the outrage of the 9/11 attacks is back where it started: with the Taliban in control of Afghanistan. The 21st-century crusade against Islamist jihadis would seem to have changed little. Yet a lot is different, although little of it for the better.

There has been no repeat of that breathtaking atrocity on US soil that seared itself forever into the consciousness of Americans and the world, and anything similar is rated most unlikely. Europe — from London to Madrid, Paris to Istanbul, and Brussels to Nice — experienced major attacks inspired by the jihadist challenge to the west and its interventions in Muslim lands. These too have wound down.

Al-Qaeda’s apocalyptic Twin Towers assault was probably the high-water mark of millenarian jihadism. The cross-border caliphate of Isis in Syria and Iraq was horrendous but ephemeral. The Taliban comeback is more a tribal phenomenon than a triumph of universalist Islamism that unites the umma or global community of Islam — the almost mystic goal of Osama bin Laden.

True, blundering western interventions that ignored political particularity, historical context and local identity helped the proliferation of a transcontinental range of jihadist franchises from South Asia to the Sahel that no one — even the most expert manipulators of radical despair like Isis — can control.

Yet the global war on terror, a category error that homogenised the usually local character of jihadist insurgency, also obscured the fact that 9/11 was born of serial jihadi failure.

The veterans of the US-backed jihad against the Soviet Union in Afghanistan went on to launch insurgencies in Algeria, Egypt and Saudi Arabia. These all failed. The bin Laden global strategy to strike “the far enemy” in America was based on the premise that such outrages would provoke western reprisals ferocious enough to trigger Islamist uprisings to sweep away Arab and Muslim rulers, “the near enemy” at home.

This jihadi dialectic was aimed at western-backed despots but banked on the perception of a western war on Islam inflaming the Muslim masses. The reckless 2003 US-led invasion and subsequent occupation of Iraq, and feckless western failure to support a mass Sunni rebellion in Syria it had cheered on from the sidelines, came closest to creating almost laboratory conditions for jihadi success.

The sanguinary obscenities of Isis, al-Qaeda’s successors, caused such revulsion among Muslims, by far its most numerous victims, that 9/11 was not just preceded but succeeded by serial failure. Now that “the far enemy” has withdrawn from Afghanistan and is drawing down in Syria and Iraq, in the process bouncing its European allies towards the exits, global jihadism has gone local.

There are bound to be revenge attacks for real or perceived grievances against the west, just as there have been in the past. The 2015 Isis-inspired Paris slaughter, a copy of the Pakistan-based Lashkar-e-Taiba bloody assault on Mumbai in 2008, was explicitly in revenge for western policy in Iraq and Syria as well as a provocation to lure more “crusaders” into its Levantine lair. The devastating suicide bombing by a “triple agent” at a US camp in Khost on Afghanistan’s border with Pakistan in 2009 was carried out by a Jordanian-Palestinian doctor incensed by US-backed Israelis forces pulverising Gaza. The Khost attack killed seven CIA agents, the spy agency’s most lethal toll since Iran-backed Hizbollah blew up the US embassy in Beirut in 1983 in response to US and Israeli intervention in Lebanon.

There will also be periodic atrocities by homegrown, self-radicalising terrorists in the west. But if the US continues to pull back from the 9/11 wars, and declines to be provoked into open-ended conflicts with foggy goals, jihadis will find it more difficult to bring the killing fields of the east to the west.

True, there are estimated to be tens of thousands of Isis survivors from the 2014-15 caliphate. Big brigades of al-Qaeda-influenced jihadis still roam from Syria to Pakistan, or east to west Africa. The Taliban has given control of security in Kabul to the Haqqani network, which with the help of Pakistani military intelligence facilitated the 2009 US camp bombing in Khost.

Yet the west itself, after loosing a herd of bulls to liberate a china shop after 9/11, has got off lightly. Not so the chain of failed and failing states caught up in the proxy wars between Sunni and Shia, rekindled by the 2003 invasion of Iraq that casually installed Shia rulers in an Arab heartland country for the first time in centuries. The 9/11 wars, as well as the abortive Arab upheavals after 2011, have left enormous destruction in their wake. Sunni and Shia supremacists still vie for mastery across the wider Middle East.

The threat right now is less to the west than to the countries and regions in which its forces intervened, where local populations are trapped in desolate landscapes of despotism and paramilitarism — and the default western preference is for autocrats they fondly believe can deliver stability.

But where varieties of tyranny and Islamism keep feeding off each other in a sort of infernal symbiosis, and cross-border disasters from the Covid pandemic to climate change drive people to emigrate, western states will not be able to stand aloof for long.