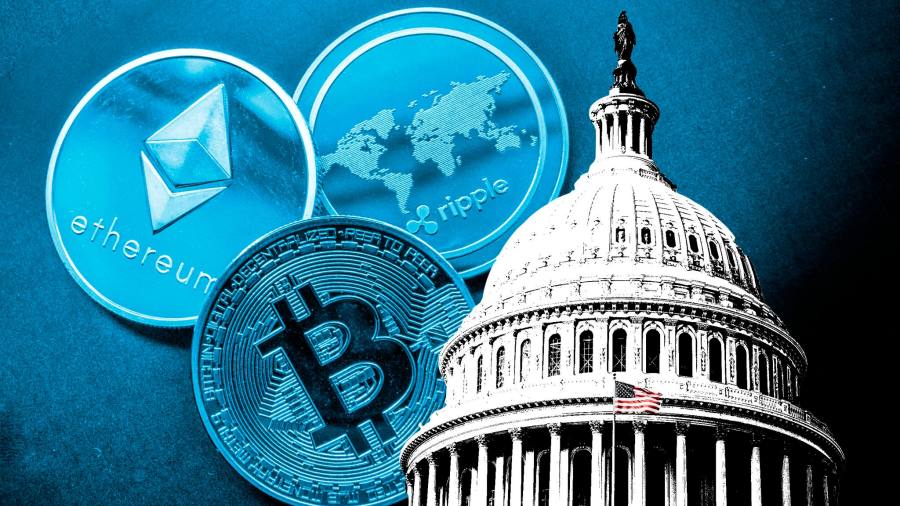 The US cryptocurrency industry has just revealed a significant new capability. It has proved conclusively that it can make itself heard on Capitol Hill.

The crypto crowd piped up as the US Senate was finishing work on President Joe Biden’s $1tn infrastructure plan. In the days before the proposal passed on Tuesday, the debate stalled as the industry furiously protested tax reporting requirements being proposed for crypto “brokers” in the interest of helping to pay for all that upkeep.

The industry did not get what it wanted right away. But it still might, and in the meantime, its partisans have been fired up, suggesting the battle in the nation’s capital over how to tax and regulate the trade in cryptocurrencies could grow in intensity.

“We need to destroy crypto’s enemies before they destroy us,” Ryan Selkis, chief executive of the Messari crypto data firm, said in a tweet during the debate, adding in an interview that he hoped industry advocates would work to defeat their intransigent foes at the polls.

The crypto furore was surprising because the Senate took up the issue by accident. Its focus was on infrastructure, and the challenge at hand was to find ways to pay for it without raising taxes, an exercise that some commentators likened to looking for change under federal sofa cushions. Reaching deeply, the Biden administration estimated the US could collect $28bn in taxes owed under existing laws by crypto investors.

That was where things got tricky. To help make sure this money materialised, the bill required crypto brokers to issue the customary tax forms reporting investment income to customers and the government. It defined a broker as any person who “for consideration” — meaning money, basically — regularly provides “any service effectuating transfers of digital assets on behalf of another person”.

The crypto industry recoiled at this definition, arguing that it was so broad it would cover everyone from crypto miners to software developers working on decentralised finance (DeFi) platforms. Requiring folks like these to issue tax forms, they said, would drive the industry offshore, and reduce, rather than increase, the revenue raised.

The Senate took these complaints seriously, which makes sense given the size of the industry levelling them. Money talks in Washington and the crypto crowd has lots of it: the purported value of cryptocurrencies approaches $2tn.

More surprising was that the Senate response involved rival amendments crafted by two bipartisan groups of lawmakers — an oddity in today’s divided US. Both sought to dispel worries about the broker tag being applied to people validating transactions on distributed ledgers. But one raised fears in the industry that people working on “proof of stake” networks could be deemed brokers. That could hurt ethereum, the blockchain underpinning much of DeFi, since it plans to convert to such a system.

Eventually, a compromise was agreed, but all came to naught when Senate leaders sought “unanimous consent” to bring the proposal to the floor without slowing down the infrastructure bill. One senator, Republican Richard Shelby, objected in a failed bid to force consideration of his amendment on national security.

The infrastructure plan was passed without the changes sought by the crypto industry but its advocates expressed satisfaction nonetheless. They felt they demonstrated clout, slowing down the legislative process and building support for changing the broker definition, possibly in other legislation or maybe through regulation. To that end, they secured statements from two prime movers behind the bill — Republican Rob Portman and Democrat Mark Warner — expressing their belief that neither crypto miners nor hardware or software vendors are crypto brokers.

“What we learned is that crypto is a force to be reckoned with,” said Kristin Smith, executive director of the Blockchain Association. “Crypto is more than an industry. There is an entire network of individuals building and supporting those networks. That has turned out to be an incredibly organised community.”

The ultimate political test of this community, however, has yet to come. In his comments, Warner pointed to the challenge, saying the US should not permit the “creation of a shadow financial system beyond the reach of established rules to combat illicit finance and tax evasion”.

This is a live issue. Much of the work of the crypto community today is in DeFi, which uses so-called smart contracts to replace the financial intermediaries that governments rely on to help enforce the law.

At a certain point, the crypto community could face pressure to fill that void. When that day comes, the industry will have to do more than make complaints. It will have to assume responsibilities, too.

Video: Why every Dogecoin has its day – crypto explained