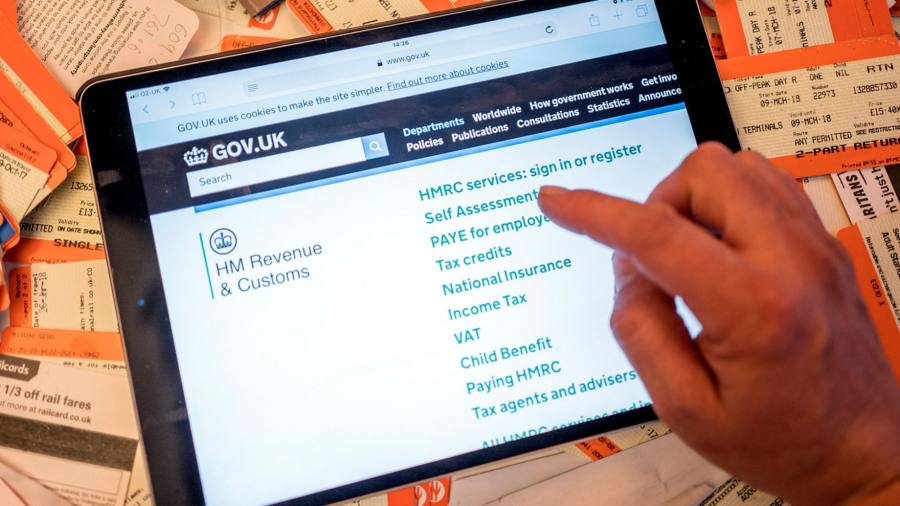 Sign up to myFT Daily Digest to be the first to know about Tax evasion and avoidance news.

Completing a tax return is a necessary evil that around 11m people in the UK must wrestle with every year. Making that process simpler seems a positive move. Making it harder to evade tax and minimising room for error should also be welcome. But new powers granted to HM Revenue & Customs, and a push to digitise data-gathering, leave uncomfortable questions around confidentiality and accountability.

A longstanding policy to “make tax digital” is already a reality for many who keep digital records of VAT returns. It is due to be rolled out more widely in 2023. The Office of Tax Simplification, a statutory body, has recommended that HMRC gather more information from a wider range of third parties that would “pre-populate” tax returns, or automatically fill them with information that would then be checked by the taxpayer. Having charity donations or tax from share sales already calculated on a tax return may seem attractive. But there are questions as to who is responsible if a mistake — not unknown in HMRC reporting — creeps in from data garnered from external sources, embedding itself in technology that will then be hard to rectify.

Campaigners and professionals are rightly concerned about a repeat of the Post Office scandal, where dozens were wrongly convicted due to a faulty computer system. Hacks are also a worry if data is centralised, particularly if on a creaking government system.

Meanwhile, new powers taking effect this year will enable the tax authorities to demand information on individuals directly from banks and financial institutions without the need for permission from either the individual taxpayer or a tribunal, as is currently the case. While there are understandable benefits to boosting HMRC’s information-gathering powers when it comes to cracking down on evaders, a House of Lords subcommittee labelled the move a disproportionate use of powers without sufficient safeguards.

Honest errors and failing to take “reasonable care” account for around £8.6bn of the UK’s £31bn so-called tax gap — the difference between what HMRC calculates should be collected versus what is owed. It is then perfectly legitimate for HMRC — whose remit is to increase revenue to the exchequer — to try to minimise scope for mistakes. But UK tax law is fiendishly complex. It is little wonder that tax returns harbour inaccuracies. More pressure could be better exerted on trying to simplify tax law and reducing loopholes that the well resourced can exploit. Moreover, the policy does little to address outright evasion and hardened criminal behaviour. All told, evasion, criminal attacks and the hidden economy account for nearly £12bn of the tax gap.

HMRC’s policy would be more palatable if there were an equal push to target more pernicious evasion. While a dedicated unit was set up in 2016, and the tax authority claims that it has 400 investigations into “sophisticated offenders”, that effort is yet to translate into more prosecutions. The number of people charged with tax evasion halved between 2016 and 2020. Of the 548 facing charges, just 32 were deemed to be wealthy individuals, despite a pledge by HMRC to target around 100 prosecutions a year of high-net worth and corporate evaders.

The UK’s pandemic-battered economy has forced the Treasury to increase HMRC’s resources to tackle coronavirus-related fraud. That should help tackle wider evasion. But when it comes to modernising returns for honest taxpayers, it is important for HMRC to spell out how it will balance simplification with accountability in order to make tax less taxing.