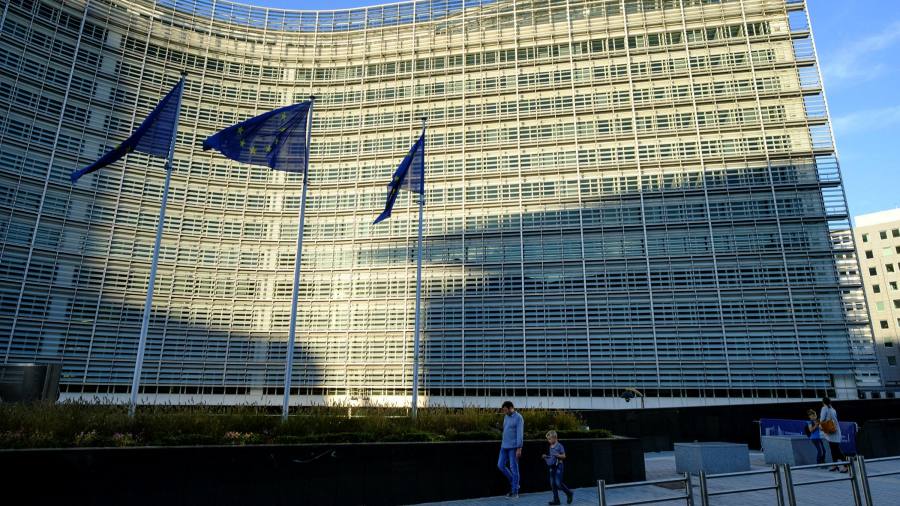 This should be a propitious time to redesign the EU’s maligned fiscal rules. Much has changed in just the last few years. Above all, the desire for public and private investment — to accelerate the decarbonisation of the economy as well as its digitalisation — is widespread, both in Brussels and in national capitals.

The pandemic has also reshuffled the old politics. The Rubicon of joint borrowing for cross-border transfers has been crossed. The obvious success of massive deficit spending in 2020 has reinforced the lesson Europe’s policymakers grudgingly started to draw after previous crises: that a rigid approach to budget discipline hurts rather than helps fiscal sustainability, economic growth and political cohesion.

A changing of the guard in important countries creates an opportunity to look at old dossiers with new eyes. The new government in Berlin seems committed to investment-intensive growth both at home and in Europe. Similar openness can be detected in the Netherlands and elsewhere. Mario Draghi’s premiership in Italy has reduced north-south distrust. So has the implementation of the jointly funded national recovery plans, widely seen (so far) as successful, with the exception of countries bent on undermining the EU’s legal order.

But nobody would want to bet on reaching a political agreement to significantly reform the fiscal rules, which stand to be reintroduced next year, after being relaxed at the beginning of the pandemic.

Thus we live with a double paradox. EU countries are collectively pursuing vastly better economic policies than they have done in a long time. That is true in the short run — the pandemic’s hit to jobs, incomes and productivity has been much more minor and shortlived than we had reason to fear — and in their ambitions for the long run. Yet on both fronts such progress would be curtailed by the current fiscal framework — in particular its drastic requirement to reduce public debt burdens.

Finance ministers are keenly aware of the risk of undermining the recovery by withdrawing fiscal support too soon — indeed they have jointly recommended a “moderate supportive fiscal stance” for the eurozone as a whole this year. And the commitment to investing in the green and digital transition, while ensuring it does not leave people behind, is strong. Yet rules cannot just be ignored in a union that is a body of law more than anything else.

There are three ways out of this dilemma. One is to subject economic policy to the old rules, on the basis that legal ties underpinning the European project must take priority. But the previous crisis showed that if you try that, you sacrifice both economic performance and political cohesion.

The next is to stretch the rules enough to permit the desired policies. As German chancellor Olaf Scholz likes to point out, the fiscal framework has proven its flexibility. Its suspension could be extended. The European Commission has a lot of interpretive power and could issue more lenient guidance as to how Brussels will judge national policies’ compliance with the rules, rewarding growth-friendly investment with fewer demands for belt-tightening.

This comes with its own risks. National governments find it convenient to renounce any responsibility for EU-wide policy co-ordination; opposition parties would accuse them of giving in to Brussels. The divisive finger-pointing at other member states, which the pandemic somewhat tamed, could easily intensify again. Something like this is, though, the most likely outcome if governments cannot agree on the third option: to change the rules outright.

The reason this is so difficult is that there has been little clear thinking about what the rules are supposed to achieve. The traditional economic arguments seem outdated: inflationary spillovers from excess spending have proven less of a risk than beggar-thy-neighbour austerity; interest rate pressures from national borrowing are nowhere to be seen; and there are now rescue funds to address refinancing crises.

Similarly, the current rules do little to address the greatest economic challenges today, which, like it or not, call for a more activist state policy and arguably more public borrowing than when the rules were first drawn up. The best prospect for reform is for leaders first to agree on what the rules are for, and derive new ones from an understanding of what economic policies would achieve the broader sense of sustainability they are now committed to.

France and Italy’s proposal to favour some types of investment has the merit of doing just that. It is incumbent on those who oppose it to do the same.