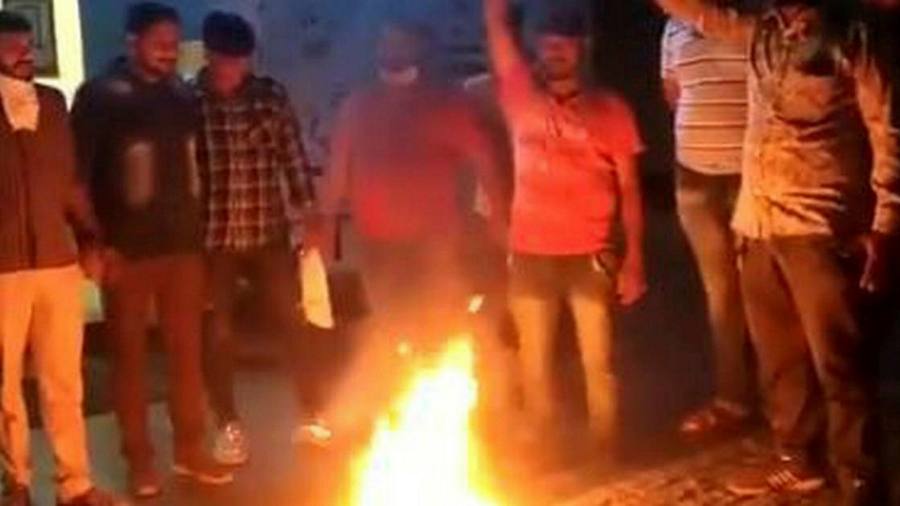 Sign up to myFT Daily Digest to be the first to know about Non-Fiction news.

It was, therefore, a surprise when the Bajrang Dal, a Hindu nationalist militant group, brought the text itself back into public view last month by staging a book-burning outside an Ahmedabad bookstore. Twelve members filmed themselves setting copies of the Kama Sutra on fire for the crime of “insulting Hindu deities” by showing medieval paintings of them in “vulgar positions”. Given the long and venerable list of Hindu “Kama Shastras” — textbooks on love, sex and desire — from Kokkaka’s 13th-century Rati Rahasya to Kalyanmalla’s 16th-century Ananga Ranga, they have a busy season ahead.

The then Bajrang Dal president Jyoti Agarwal said at the time: “Whatever has been depicted can’t be allowed to happen here now. What sort of moral values are we passing on to our younger generation?”

Excellent question. What sort of moral values did Vatsyayana (who is said to have adopted celibacy) preach to lovers and courtesans, worldly men and amorous or timorous wives?

Men were urged to bathe a lot, apply pleasant unguents to their body, adorn themselves with ornaments and colour their lips with alacktaka and then sail forth into a life of pleasures

Over two decades ago, I read some of the work in its original Sanskrit, and also in the Victorian swashbuckler Sir Richard Burton’s slightly Orientalist 1883 translation. I recently returned to the original, and dipped into Sudhir Kakar and Wendy Doniger’s bracing 2002 translation, as well as the former diplomat AND Haksar’s poetic 2012 translation of the Kama Sutra’s seven-part guide to sex, love, marriage, courtesans, how to please or reject a partner and the art of living well.

Vatsyayana’s Kama Sutra is written primarily as a manual for gentlemen of wealth, taste and leisure, and carries some familiar prejudices about women. But I’d forgotten that the scholar also included women among his proposed readership. “A female . . . should learn the Kama Shastra,” he writes, in the Burton translation, “or at least a part of it, by studying its practice from some confidential friend.”

Blessed with his permission, I boldly ventured forth. The first book of the Kama Sutra is chiefly concerned with how to be the perfect 3rd century dandy. Men were urged to bathe a lot, apply pleasant unguents to their body, adorn themselves with ornaments and colour their lips with alacktaka and then sail forth into a life of pleasures, from quail fights to the practice of the art of amorous conversation.

The second book moves into territory that is more widely associated with the Kama Sutra — but instead of being a dull catalogue of Lego-like positions, it’s more like handy tips for the successful seducer, who should set aside “a room of his house dedicated to sex, a room decorated, full of flowers, and fragrant with perfume and incense.” In fact, so thoroughly does he consider the different kinds of embraces, from the twining around your love like a creeper to the close embrace of milk and water, that one is left a little suspicious of Vatsyayana’s proclaimed celibacy.

But there’s only so much you can read about the difference between the “straight kiss”, “the bent kiss” and “the pressed kiss” without being bored to tears. I was far more moved by Vatsyayana’s passionate defence of the importance of pleasure. Affluent men of his century were urged to take Dharma (righteousness), Artha (the creation and nurturing of wealth) and Kama (the art of love) seriously, to learn how to give and receive pleasure without being carried away by one’s passions.

The Kama Sutra hardly preaches equality between classes and castes in the pursuit of love and sex. I would have failed the Kama Sutra test for virtuous women because I am, indeed, “always going into society and sitting in company”. Yet, in section after section, the Kama Sutra instructs men to pay attention to what women want, and it also leaves the door open to same-sex love between men and also women. Vatsyayana is, especially in Doniger and Kakar’s translation, unabashedly sex-positive: “The emotions and fantasies/ Conjured up in a moment/ In the midst of sexual chaos/ Cannot be imagined even in dreams.”

Militant religious fundamentalists might be scandalised by the text, but they cannot reject it without also burning down part of their own Hindu heritage — the indelible memories of an age when sensual pleasures were treated as an essential aspect of life.