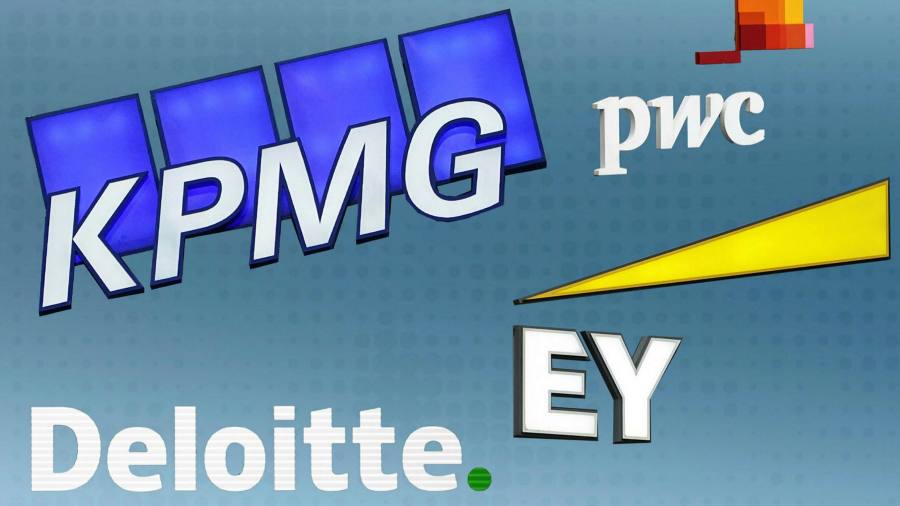 Sign up to myFT Daily Digest to be the first to know about Accountancy news.

Audit reform in the UK is a delicate balancing act, performed on the tightrope strung between twin objectives of more effective competition and improved audit quality. Promote the first too strongly and you put at risk the second; push too hard towards the second aim and you risk shutting out potential challengers to the Big Four for longer.

Now the government must plump for a solution that, judging from the auditors’ submissions to its consultation, will almost certainly satisfy nobody.

The Big Four accounting firms are themselves split on the best way forward, though none is enthused by the government’s proposal for managed shared audits. These would be intended to help challengers build capacity by participating in part of the overall audit of big companies.

EY and Deloitte prefer a cap on the proportion of work on FTSE 350 companies that the Big Four can carry out. The government has proposed holding this option in reserve if shared audits fail to increase competition. KPMG foresees challenges with market caps and shared audits. PwC does not think either option would improve quality.

After publishing an in-depth series on the need for reform in 2018, this newspaper argued for a cap, combined with shared audits of the largest companies. A 60 per cent cap was our proposal, though 80 per cent was, at the time, the Big Four’s preference.

A market share ceiling raises potential problems. Challengers might end up trying to handle audits that exceed their capabilities, or they might simply decline to pitch for complex jobs, increasing the problem of concentration. The Big Four could pick the juiciest audits, leaving higher-risk or less profitable clients to their competitors.

The government has said it would wait five to nine years to review the effectiveness of its managed shared audit proposal before exercising a temporary market share cap if necessary. But by putting in place the safety net it has suggested for that reserve option, it could impose a ceiling sooner.

For instance, the government suggests the regulator could determine which tenders would be reserved for challengers, based on their capacity. The watchdog could start by assigning more smaller-company audits to the challengers, moving them only gradually to the trickier FTSE 100 audits.

Shared audits, by contrast, would be a slower way of introducing competition, might duplicate work and prove more costly, and could still fail to improve capacity and quality. Fiona Baldwin, Grant Thornton’s head of audit, warned earlier this year that challenger firms might end up “getting what’s left at the bottom of the barrel”.

Clearly, it is essential not to proceed hastily with reforms that are supposed to underpin investor confidence in UK plc. But haste is not a charge that can be levelled at the government on this issue. It has moved at glacial pace to reform audit and the regulatory structure around it. Even once the reforms are in place, the government estimates its managed shared audit proposal could take 10 years to increase the challengers’ share of FTSE 350 audit fees to between 9.1 and 12 per cent.

Given that neither quality nor competition show much sign of improving under the current system, the government must now take a step forward. A transition period where challengers start to mature and incumbents give up a part of their dominant position is inevitable, however the government decides to act. If companies have to spend a little more on audit in their own long-term self-interest and for an eventual improvement in both quality and competition, then it should be a price worth paying.