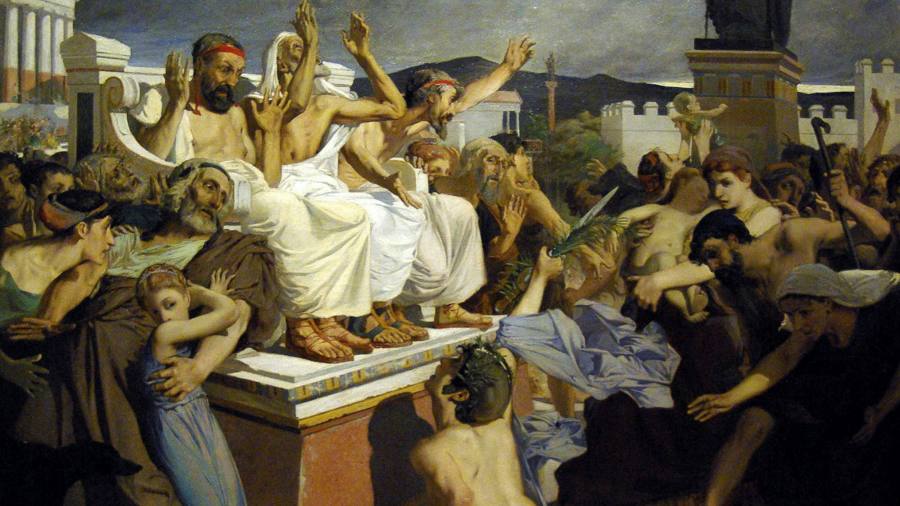 This article is an on-site version of The Lex Newsletter. Sign up here to get the complete newsletter sent straight to your inbox every Wednesday and Friday

Data is a weirdly mercurial commodity, as Lex’s notes reflected this week. Two pieces of information may be worthless separately, but valuable together. We hope the sum of our writing is worth more than the parts. Please let me know how we’re doing at lexfeedback@ft.com.

One number — $44bn — stood out from all the others over the past seven days. That is the top end of Taiwan Semiconductor Manufacturing Company’s mammoth target for capital expenditure this year. The figure is a proxy for the world’s insatiable appetite for memory and processing power.

TSMC has outpaced sluggish US rival Intel. It is better positioned than Samsung to dominate contract chip manufacturing for the likes of Apple because it does not produce competing smartphones and other devices.

Lex thinks TSMC is right to invest heavily in cutting-edge 5-nanometre processors. We also reckon investors are too fearful that the chip cycle is veering back into overcapacity. That makes TSMC stock worth holding.

We are less confident that record shipments of PCs in 2021 will be sustained, benefiting the likes of Apple, Microsoft, Lenovo, HP and Dell. Home workers have upgraded their kit for the long haul and PC sales growth will lose its oomph.

Cloud computing businesses such as Amazon Web Services will continue to benefit from the proliferation of data, which is expected to hit 175 zettabytes by 2025. If you were unfamiliar with that metric, I can authoritatively tell you that zettabytes have a lot of zeroes at the end of them.

The UK’s Prudential Regulation Authority, which is paid to think the unthinkable, is worried about the financial instability that would ensue if cloud servers crashed. It is planning to supplement its operational resilience with a cloud charter for banks. Lex unflatteringly wonders whether the PRA knows enough about technology to write this.

Data was rattling the cage of the UK’s Financial Conduct Authority too this week. City fund managers and traders gripe that real-time stock prices cost too much. “Have you seen our overheads?” data companies reply. The watchdog has launched a review. Lex reckons the solution should be a US-style “consolidated tape” pulling together information from multiple sources. Waffles and fudge are more likely to be on the menu from the FCA.

Regulators should be more worried about hidden data than badly organised information. California start-up Signal is developing an anonymous digital payments app. This deploys a so-called “privacy coin”. The project is small, but the Securities and Exchange Commission will be paying close attention.

Citizens would have greater faith in such scrutiny if politicians and public servants with insider information showed greater probity. Federal Reserve vice-chair Richard Clarida is resigning after filings showed he traded mutual funds actively as the Fed was preparing a huge stimulatory response to the pandemic. America’s patchwork of rules against potential insider trading by officials weakens public trust, says Lex.

Confidence in the safety of personal data is also low. All the bank bosses Lex knows are terrified of suffering a big hack in public. We are also bullish on cyber security because the scale and effectiveness of hacks — ransomware in particular — increased during the pandemic. We therefore like UK-listed cyber security group Darktrace, despite its links to controversial tech entrepreneur Mike Lynch. Darktrace software is good at spotting novel computer viruses. Their epidemiological analogues still dominate the news. Lex reckons vaccine scepticism will dent the earnings of tennis ace Novak Djokovic. By the end of the week, he had lost his battle to stay in Australia for the Open tournament.

Omicron’s relatively low intensity — and public fatigue — mean full-scale lockdowns are unlikely to resume, which is good for the travel industry. The UK government is desperate to avoid deeper restrictions, as Prime Minister Boris Johnson fights to keep his job. It can hardly be a coincidence that ministers are striking a deal to commandeer private hospitals if pressure on the NHS intensifies. That would squeeze the margins of Spire Healthcare and peers. Coronavirus will benefit private hospitals in the longer term.

Delivering babies is among their services. Birth rates are bouncing back across the world faster than after previous global crises. That reflects last year’s economic rebound, also apparent in the strong results of UK supermarkets. As inflation persists, so will the boost to their bottom line. In last week’s column, I focused on the weaknesses that authoritarianism induces in its version of capitalism. These prompt oligarchs and their companies to take some of their earnings and business dealings offshore. This week, Lex explored Kazakhstan’s numerous London connections. We also war-gamed the financial impacts of a Russian invasion of Ukraine and pointed to the dependence of some solar panel and garment retailers on materials from China’s oppressed Xinjiang region.

Western systems of government are hardly perfect. But their advantages were clear in a week when the UK prime minister was forced to apologise for flouting lockdown rules and Prince Andrew was called on to answer legal allegations relating to his friendship with sex offender Jeffrey Epstein.

If you would like to receive regular updates whenever we publish Lex, do add us to your FT Digest, and you will get an instant email alert every time we publish. You can also see every Lex column via the webpage