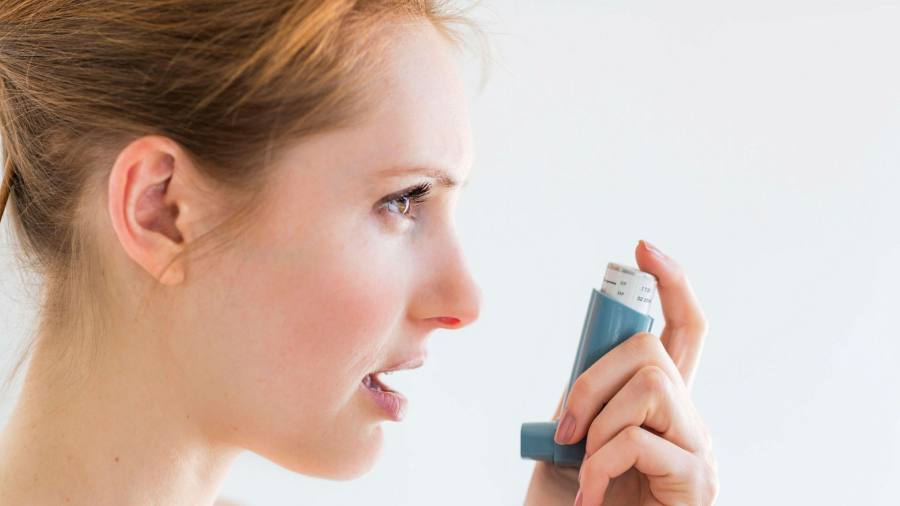 GlaxoSmithKline is one of the world’s largest drugmakers, employing 94,000 people. Unsurprisingly, it has a sizeable carbon footprint. But the biggest culprit is not corporate travel or manufacturing. Instead, GSK is helping to kill the planet with a life-saving medicine.

Inhalers made by GSK and relied on by asthmatics the world over contain a greenhouse gas 1,500 times more powerful than carbon dioxide, says Dr Christer Janson, a respiratory physician and professor at Uppsala University. Those tiny puffs that propel medicine into a patient’s lungs are the company’s biggest single contribution to global warming. “Even if the volume is rather small, it is of some importance,” says Janson.

This is not a dark secret; it is buried in plain sight within GSK’s annual report. The company states that 8 per cent of its carbon emissions come from its own operations, 45 per cent from its suppliers, 6 per cent from logistics and 40 per cent from its products, “mostly metered dose inhalers”.

Ahead of a flurry of corporate pledges timed for November’s UN climate change conference, it is worth considering the commitments that already exist and whether transparency and action is good enough.

GSK’s disclosures are already better than most. Analysis this week from the Carbon Tracker Initiative and the Climate Accounting Project found that 70 per cent of 107 large companies reviewed did not show evidence that they had considered climate issues when preparing their 2020 financial statements.

Some companies that promise to become carbon-neutral are excluding “scope 3” emissions, such as those that come from the use of their products. So an oil company can count the benefit of installing a few solar panels in its offices while ignoring the pollution from end users.

Even at companies that try to be transparent, it is difficult. GSK does include scope 3 emissions in its pledge to be carbon-neutral by 2030 but measuring them is complicated. Its annual report states that its emissions fell last year partly because of “updated data on the emissions from milk for Horlicks”, its powdered milk-based drink. A GSK executive could not immediately remember what that related to. But to make it even harder Horlicks has since been sold. And to make things more complex still, GSK is in the process of splitting into two — a pharma business and a consumer healthcare business.

Tracking carbon emissions through all these twists and turns is possible — though highly difficult and susceptible to manipulation for anyone who wants to fiddle the figures.

There is no sign that is happening at GSK, which calculates the impact of its products — mostly inhalers — increases to 45 per cent of emissions in the new pharma business. Now it needs to come down, which means changing inhaling.

Promoting the use of alternative “dry powder” inhalers, which GSK also makes, should help. These are less common in the US and UK but the most common variety in Scandinavia. “There is half a tonne difference of CO2 equivalent per patient per year,” says Janson. In terms of an individual’s carbon impact, “that’s the difference between a vegetarian and meat diet”, he says.

Dry powder varieties are not suitable for everyone, so GSK is also experimenting with better propellants. Claire Lund, vice-president of sustainability, says less harmful versions are in pre-clinical trials, which could mean 12-18 months to know whether they are safe and effective. However, she adds that acceleration is possible with smarter collaboration with regulators and competitors. The vaccine development during the pandemic could be the model for a mobilisation to cut carbon emissions. As Lund says: “Covid has demonstrated we can move faster.”