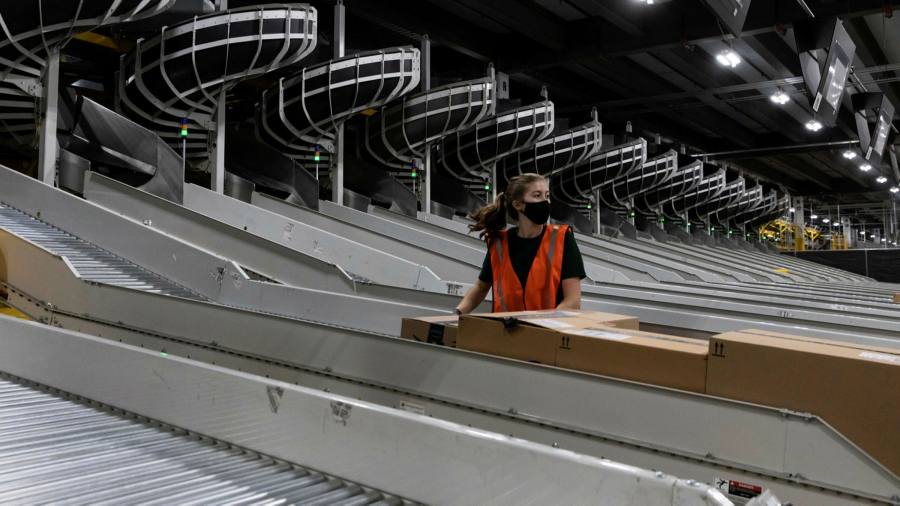 Amazon has finally scrapped a campaign to use paid “fulfilment centre ambassadors” to polish its image on social media and defend it against criticism. The surprise is that it took the technology group so long to realise it could be spending its marketing dollars better elsewhere.

Satisfied staff are great advocates. That is why a version of the question “how likely are you to recommend this company as a place to work?” is a staple of employee engagement surveys. Referrals of job candidates are so highly valued that many companies will pay staff to recommend new recruits. And outsiders are generally more likely to trust a friend or family member who tells them their employer is great, or its products wonderful.

Allowing, and even encouraging, staff to carry out some brand diplomacy on the side has its merits, then. Many companies have used employees to front advertising campaigns. Such ads project workers’ enthusiasm for their jobs, devotion to clients, or care for the environment. Hyundai recently hired photographer Annie Leibovitz to picture staff for a marketing campaign about its cancer charity.

Social media has changed the way in which “employee advocacy” campaigns work, however. Online channels reach new, younger customers and potential recruits that more traditional media miss. But they also contain many pitfalls for employers. For companies keen to use their staff as influencers, Amazon’s failed campaign offers useful lessons.

First, take care with the incentives you use and the messages you encourage staff to post.

When other Twitter users spotted Amazon staff using the label “FC Ambassador” in 2019, they attacked the company for creepiness. The initiative, which had first come to light a year earlier, also spawned multiple parody accounts ridiculing it. Worse for Amazon, far from defusing criticism of working conditions in the group’s warehouses, the activity of its part-time diplomats drew attention to it.

Many companies try to ensure staff draw on common talking points for online posts. But being too prescriptive about what they should say risks making the entire exercise look insincere. Trying to influence online media covertly is even worse. Companies that allegedly paid staff to post favourable reviews on Glassdoor, where workers can rate employers anonymously, suffered a stinging backlash.

Second, if you are going to encourage employees to talk about their work and workplace on social media, it is best to allow such online chat to emerge naturally and to manage it loosely. Unlike Amazon, Walmart, its US retail rival, has enjoyed some success prompting volunteer “micro-influencers” to promote local stores via Facebook, TikTok and other media.

Third, be prepared for the unexpected. Unlike real ambassadors, the corporate sort will not dutifully say what their superiors want the rest of the world to hear. Social media provide ample space for staff to amplify alternative views, or muddy a clear commercial message with inappropriate personal content. The habits, tastes, tone, and content of social media, not to mention the channels themselves, also shift faster than most marketing departments.

Finally, do not bother putting ordinary staff in the social media front line if you have not already cultivated a healthy internal culture. Even the worst-run organisation will find some evangelists ready to sing about it. But if they are drowned out by the malcontents, the resulting cacophony will not make for pleasant listening.