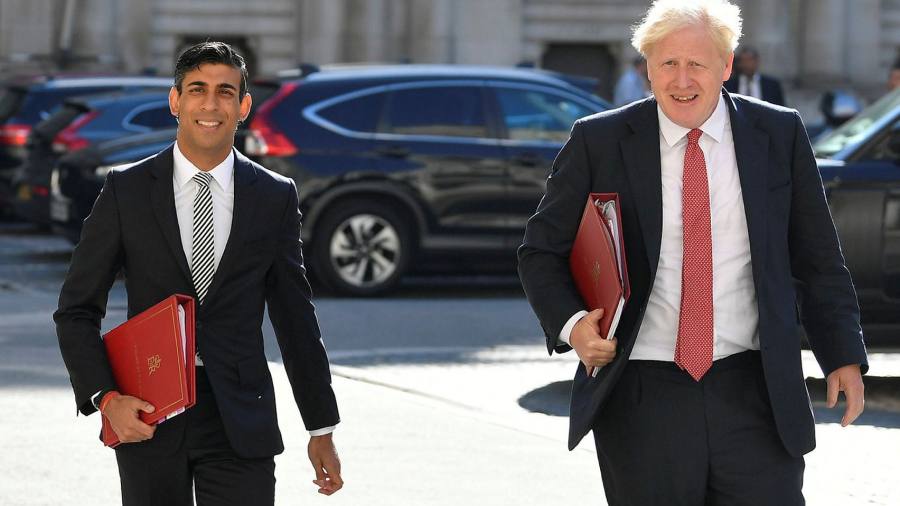 Sign up to myFT Daily Digest to be the first to know about UK social care news.

Proposals from the UK government on how to fund Britain’s social care system are politically astute but economically misguided. Selling tax rises is always hard but the plan to increase both employers’ and employees’ rate of National Insurance contributions by one penny in the pound is the wrong funding solution for a pressing problem.

The plan, under discussion between prime minister Boris Johnson and chancellor Rishi Sunak, would raise about £10bn. The money would both ease pressure on the system and also allow the government to introduce a long-mooted cap for self-funded lifetime care costs — preventing those in need from having to sell their assets. At present social care in England is mean-tested and those with wealth above a threshold must pay themselves.

Allegations that the combination is “generational robbery” with poorer working-age renters having to pay more tax to ensure the elderly can pass on their property wealth are overdone. The spending is reasonable: most of the money would go to plugging the holes in the existing social care system rather than introducing the cap. Slightly less than half of current long term care spending is on those of working age, who also account for the fastest rising cost pressures. Second, a cap is sensible policy: whatever the merits of inheritance tax, levying it at random on those that get sick — with the rate determined by how sick they are — is no way to fund care.

It is the revenue raising measures that are most problematic. It is easy to see why Johnson prefers to rely on national insurance, the least unpopular of Britain’s main taxes. Dating from the inception of Britain’s welfare state, it has a lingering positive association with healthcare. Its slightly obscure structure, too, means that many are unaware of how much, exactly, they are paying. Nevertheless income tax, its unloved cousin, would be better. Not only is it more progressive — taxing higher incomes more — but taxes a wider base, including those over the state pension age.

The hypothecation, too, is not real: the rise in national insurance contributions will not be used to directly fund the health system. Really the two parts of the plan — on fixing social care, and on funding it — are unrelated and each should be evaluated on its own merits. The decision by Johnson to present the package as a whole is politically smart, joining unpopular tax rises to the much more appealing prospect of increased spending on creaking parts of Britain’s welfare system.

The timing of tax rises is not ideal for an economy recovering from the pandemic. Alongside freezes in income tax thresholds, an increase in corporation tax and a pullback of pandemic-related support, Britain’s fiscal stance will be less accommodative. Yet the economic cycle runs counter to the political cycle. The logic is for the Conservative party to breach their manifesto promise not to raise any of the three rates of tax — VAT, national insurance and income tax — sooner rather than later. The extraordinary circumstances of the pandemic provides a justification for abandoning old certainties. That sense will wane as memories of the pandemic fade and the next general election moves closer.

Johnson has made a career out of choosing the politically convenient over harder but more rewarding options. When it comes to higher social care spending, he deserves credit for getting to grips with a perennial political problem. But If he wants a legacy beyond winning elections, he should plump for the difficult choice for funding it.