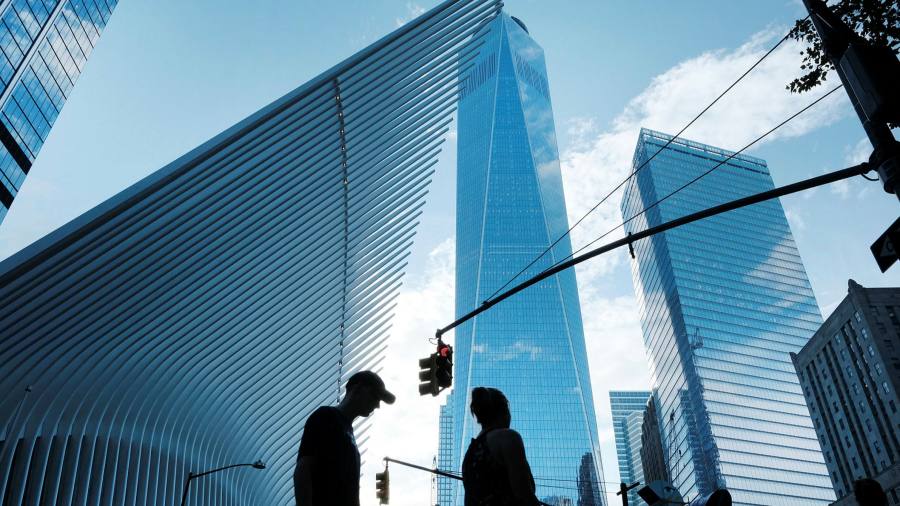 Sign up to myFT Daily Digest to be the first to know about Architecture news.

The writer is the FT’s architecture and design critic

Twenty years ago, architecture became a target. At 8.46am on 11 September 2001, Mohamed Atta, an Egyptian former architecture student, engineer and urban planner, flew a plane into the North Tower of the World Trade Center. It was a symbolic attack on US hegemony, modernism and the globalisation inherent in its very name.

This carefully-planned and destructive act led to the deaths of nearly 3,000 people and changed a world-famous skyline. Thirty years earlier, the construction of the World Trade Center had itself been a destructive act, the substitution of one kind of city for another. A mixed neighbourhood of piers, docks, and manufacturing; of Radio Row, electrical repair shops, warehouses and showrooms; of Little Syria and its grocery stores and Lebanese restaurants, all flattened and replaced by the monoculture of office work.

The towers, designed by Minoru Yamasaki, stood in a bleak plaza, once a byword for urban alienation. They had a certain suaveness to their scale but they were hard to love. Resembling financial bar charts, they looked like what they were, banal machines for maximising land value.

They also represented a nexus of global finance and the transformation of public land (the Port Authority) into private profit (Larry Silverstein had bought the lease months earlier). They signified the end of old New York, a wipeout of the almost medieval plan built by Dutch settlers and of Downtown as a bustling, chaotic neighbourhood. New Amsterdam had been globalisation of a kind, the imposition of a European walled city on a new world site.

The Twin Towers, designed by Minoru Yamasaki, in the early 1970s. Some 84% of all towers over 200m tall standing today were built after 9/11 © Roger Viollet/Getty

The towers were globalisation on another scale, the placeless architecture of late modernism. It was their destruction which finally endeared the towers to the city. As an image they have become far more permanent than they ever seemed when they stood. The memorial and preserved voids have ensured the site is now part of the tourist and memory economy, not the financial economy.

After the attack, Ground Zero became the world’s most visible shrine, one filled with flowers, candles and photos of lost relatives. The space was transformed from real estate to human value and it became inviolable.

Debate raged around what or whether to rebuild. Architects did themselves few favours in their ambulance-chasing proposals and the results appear to have learnt little from the mistakes of the 1970s, except that they now have stronger concrete cores, blast-proof bases and massive bollards. It is astonishing that 84 per cent of all towers over 200m tall standing today were built after 9/11. Architecture remains the extruded plan of maximum value.

While Swiss Re, the site’s insurer, argued with Silverstein about the value of the site, they were planning a new London office at 30 St Mary Axe, known in the UK as the Gherkin. It too was built on the site of a tragedy, the Baltic Exchange, which had been almost destroyed by an IRA bomb in 1992. That tower, designed by Foster + Partners (who also designed one of the buildings at Ground Zero), once a monument to a new kind of City, has been dwarfed by bigger, blander towers around it. If you wanted a symbol of corporate hegemony, you could hardly do better than London’s City cluster or the rebuilt World Trade Center site.

There was speculation in 2001 that architecture would never be the same, yet since then towers have become the de facto global vehicle for investment. The urban legacy of 9/11 is museumification, the tendency of cities to reflect on their own tragedies and those beyond. Whether in Westminster’s proposed Holocaust memorial or the 9/11 memorial, meaning has been franchised out to monuments so that corporate architecture can carry on as it was. We have learnt nothing.