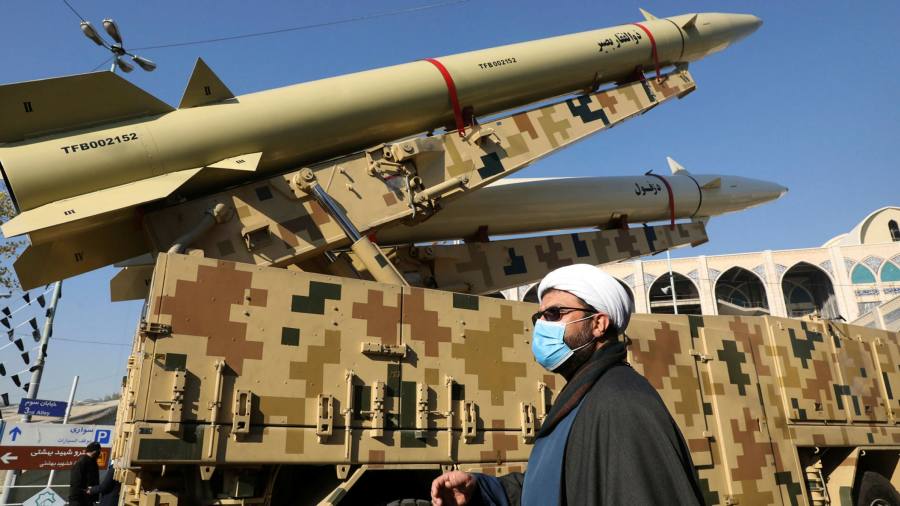 The most vital question for the Middle East this year is whether or not an international deal constraining Iran’s nuclear ambitions can be refloated after Donald Trump torpedoed a 2015 accord with Tehran reached by the US and five other world powers. The alternative may be an intensification of the proxy warfare between Iran and its Shia Arab allies from the Levant to the Gulf; or at worst a war — oft-threatened by Israel against Iran — that would roar uncontrollably through much of the Middle East.

The region reaches this parlous juncture just as the US, the dominant outside power since the end of the second world war, is perceptibly edging away from it. Washington is now seen as unreliable by ally and adversary alike. This did not begin with the chaotic US withdrawal from Afghanistan last summer, or even Trump’s unilateral withdrawal from the Iran nuclear pact in 2018 — which American allies such as Israel and Saudi Arabia had in any case fiercely opposed.

The idea took root with the shock of Trump’s casual shrug after Iran carried out a devastatingly accurate drone and missile attack on Saudi Aramco oil facilities in 2019, dismissing it as an attack on Saudis not Americans. Since then, diplomatic contacts have opened with Iran across the Gulf from the United Arab Emirates and even Saudi Arabia. Gulf Arab states’ sudden perception of their vulnerability has prompted efforts to de-escalate.

With Iranian hardliners in control of all the Islamic Republic’s power-centres, this often looks and sounds little more than fumbling towards detente. Yet in light of the gridlock in the talks in Vienna, where the Iranian nuclear team is reading from a script it cannot vary one iota without Tehran’s permission, these diplomatic contacts are multiplying.

The lines the UAE and its capital Abu Dhabi have to Iran and Saudi Arabia, as well as Israel and the US, are buzzing. Mohammed bin Zayed al-Nahyan, crown prince of Abu Dhabi and the UAE’s de facto ruler, recently received Naftali Bennett, Israel’s prime minister who is opposed to any deal with Iran, in a historic visit ostensibly to crown the opening in 2020 of diplomatic relations. Sheikh Tahnoon bin Zayed al-Nahyan, the crown prince’s brother, national security chief and regional point-man, last month met Iranian leaders in Tehran.

There are straws in the wind, such as Tehran’s agreeing to the UN nuclear watchdog reinstalling its monitor cameras in Iranian nuclear facilities. Yet the chances of a return to the letter of the 2015 accord are uncertain.

Iran’s maximalist demands may moderate but there is no turning back from its technological advances with modern centrifuges for fast enrichment of uranium for nuclear fuel. Israel, the region’s only nuclear-armed state, continues its campaign to sabotage Iran’s nuclear facilities. Tehran brooks no challenge, moreover, to its paramilitary power in Iraq, Syria and Lebanon, or its ballistic missile programme.

There is a long way to go to achieve the aim of former President Barack Obama, now pursued by President Joe Biden, for the main powers of the Middle East to learn to share the region.

If they cannot reach detente — and provide their people with hope of decent lives — it is easy to see how Sunni radicals will exploit their failure. They will fan already prevalent perceptions that the US and Israel are sponsoring an alliance of what they see as heretical Shia and apostate Sunni strongmen, who have completed a return to dictatorial dominance after burying the hopes of the 2011 Arab uprisings. This is rich soil for a virulent jihadist comeback.