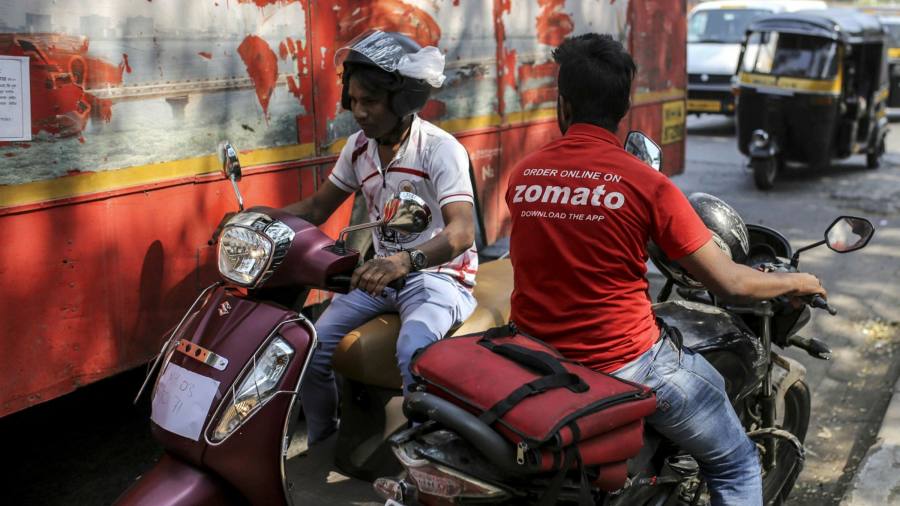 Sign up to myFT Daily Digest to be the first to know about Indian business & finance news.

When State Bank of India, the largest bank in the country recently reported earnings, one trend stood out for some observers: loans made against the collateral of gold jewellery were up 300 per cent in the first quarter over the year earlier period.

Such loans are a symptom of widespread distress for Indians, most of whom have seen their circumstances deteriorate even before the second wave of the coronavirus pandemic inflicted deep economic scars on the country.

In the past fiscal year, the economy shrank 7.3 per cent. That was before the second wave hit, putting the economy in a sort of limbo. “Households are not borrowing, businesses are not investing and banks aren’t lending,” said economists from JPMorgan at the end of May.

About 77 per cent of workers surveyed in an April poll from Bank of America said they had experienced job or income cuts, while 57 per cent had their salaries reduced and 20 per cent had been laid off.

Moreover, before the pandemic the economy was already slowing. That suggests that even if growth ends the year up 9 per cent, it still will not make up for the scarring that has left the economy 8 per cent below its pre-pandemic trend, JPMorgan noted.

Yet the Indian stock market is close to record highs, rising 15 per cent this year even as many offshore investors lose their enthusiasm for emerging markets generally. “Within a shrinking pie, India is getting a larger slice,” said Sanjay Mookim, chief equity strategist for JPMorgan in Mumbai.

Meanwhile, private markets in India are seeing record amounts of money pour in. The year to July saw $25bn capital inflows into venture capital and private equity funds, according to Morgan Stanley, in the strongest performance since the bank began tracking the data.

In other words, the disconnect between the macro outlook and the markets could not be starker. Investors must now ponder whether both public and private markets in India can sustain that strong recent performance over time.

Today’s robust demand reflects several factors. India is the beneficiary of the fallout from China’s recent crackdowns on technology and private education companies. In addition, the stock market had been boosted by the support of central banks, including the Reserve Bank of India. Moreover, precisely because the country was so hard hit by the virus, many investors are today over-anticipating a recovery, Mookim said.

Analysts hope the market debut of Zomato, an Alibaba-backed food delivery service, will spur more initial public offerings and foreign buying. Shares in the company jumped as much as 80 per cent on the first day of trading last month.

Sadly, consumption, the chief macro support for economic growth and corporate earnings, does not appear too promising. Household spending has been supported by debt for the past decade. But disposable income to GDP fell 2 percentage points over the period while consumption rose by double that amount, suggesting the magnitude of dependence on borrowing and the consequent constraints on demand going forward.

Even more worryingly, the pandemic has eroded purchasing power further for most Indians. Car sales, a proxy of income for wealthier Indians, rose 5 per cent from October to March, (when the second wave began to hit). But motorcycle sales, a benchmark for spending by lower-income earners, dropped 20 per cent. Technology also has aggravated income inequality.

“The faultlines between the haves and the have nots will grow,” said Rajiv Lall, a visiting professor at Singapore Management University.

Still, there are positive factors for investors who are looking for reasons to be optimistic for longer than the short term. The most noteworthy is the flowering of entrepreneurial talent. Thanks to greater connectivity between hinterland and city, ambitious young Indians can more easily gravitate to where their possibilities are greater. A new emphasis on environmental, social and governance factors in investing also has benefited young tech start-ups.

“Most start-ups in the past came from family businesses because of the Licence Raj since independence,” said the head of India for one major international private equity firm in Mumbai. “But it is changing so fast now.”

For many years, most Indians did not dare to dream. But today there are more opportunities for them — whatever their caste or background — than ever before; it is not only the entitled who can realise entrepreneurial dreams. It may not be enough. But it is something.