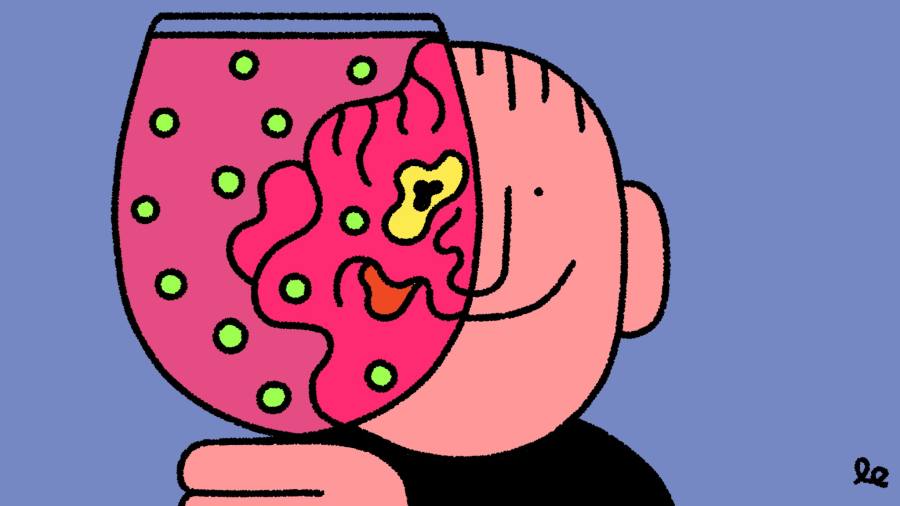 Have you ever wondered about the message “contains sulphites” that appears on almost every bottle of wine? And have you ever puzzled why some people find even a moderate amount of wine disagrees with them? Contrary to popular belief, the two may not be related according to new research by Master of Wine Sophie Parker-Thomson, a wine producer and consultant in Marlborough, New Zealand.

After passing gruelling written exams and blind tastings, prospective MWs must submit a research paper. Many of the topics are, frankly, of limited interest. Recent submissions have included: “Online wine tasting courses in Norway. Examining the quality of corrective feedback through an online platform and the opportunities for development” and “A scientific study comparing the influence of three different strains of Oenococcus oeni on malolactic fermentation kinetics and chemical properties relating to the colour and flavour of Pinot Noir wine from Burgundy”.

Yet Parker-Thomson’s research into “the relationship between the use of sulphur dioxide and biogenic amine levels in wine” may have wide-ranging effects on how wine is made — and provide valuable clues for people who feel terrible after drinking it. (We’re not talking hangovers, rather the nasty effects caused by something other than alcohol.) Wine intolerance affects between 7 and 8 per cent of the population, and I am delighted by Parker-Thomson’s work having long been frustrated by the industry’s apparent insouciance towards the problem.

Despite being the fifth most common element on earth, sulphur has a bad rap, as witness the connotations of the adjective sulphurous. Sulphites (sulfites in the US) is the inclusive term for several preservative compounds including sulphur dioxide (SO2). These can inhibit harmful bacteria and prevent fresh food and drink from turning brown.

In the late 1970s, it was common to blanket salad bars and fruit and vegetable counters with sulphites so excessively that some asthmatics suffered serious reactions. Consequently, in 1988, the US Food and Drug Administration insisted that labels on all food and drink with more than 10 parts per million should specify “contains sulphites”. This has been adopted globally, with sulphites sometimes being coyly denoted by E numbers beginning E22.

Since then, producers of other comestibles, such as fruit juices and dried fruits, which used to contain far higher levels of sulphites than most wines (dried apricots, for instance, may contain thousands of parts per million), have sought alternative preservation methods that avoid the sulphite declaration.

This means that wine remains the one product most obviously related to sulphites. And in an age when any additive is seen as wicked, sulphites have been so demonised that a growing category of “no added sulphites” (and sometimes, with less scientific rigour, “no added sulphur”) wines has emerged.

Yet the fact is that all wine naturally contains traces of sulphites and, as Parker-Thomson has demonstrated, their absence can ironically pose greater health risks than their presence.

Although sulphites are routinely blamed for adverse reactions to wine, studies show that sulphite sensitivity is confined to a small proportion — 3 to 10 per cent — of people with asthma: generally, those affected seriously enough to be on daily steroids. Reactions are strictly respiratory unlike the litany of ill effects caused by wine intolerance in the general population. Besides, if sulphites were to blame, you would expect more complaints about white wines, which tend to have a higher level of sulphites than reds, while the reverse is true.

Parker-Thomson’s research suggests that it is not sulphites to blame for wine intolerance but a group of compounds called biogenic amines, of which the most common, and the most toxic to humans, is histamine. (Two of the others that may cause problems are the delightfully named putrescine and cadaverine.) The symptoms of biogenic amine toxicity such as headaches, nausea, rashes and flushes exactly mirror those associated with wine intolerance.

Biogenic amines are produced by certain bacteria that happen to be acutely sensitive to SO2. So the recent trend towards making wine with very little of the anti-microbial SO2 creates the perfect environment for biogenic amine-producing bacteria to flourish.

Our individual sensitivity to biogenic amines varies according to our genetic make-up and the state of our gut. Alcohol also plays a part in that it stops the specific enzymes that allow our bodies to get rid of excess biogenic amines, which are therefore particularly harmful in alcoholic drinks such as wine.

Apparently, taking antihistamines won’t necessarily help because some of them stop those enzymes from working properly, and some also interfere with our ability to process alcohol. And if wine is combined with a food rich in biogenic amines, such as mould-ripened cheese, then the effects can be truly miserable for those who are sensitive to them.

Parker-Thomson’s research included testing the effect of different winemaking techniques on the level of biogenic amines in 100 different New Zealand Sauvignon Blancs. (She chose whites because what little research has been done in this field has been on reds, and she also included some no-sulphite wines, a group that had not been included in any related research before.)

The key finding was that so long as a small amount, as little as 30mg/l (or 30 parts per million), of sulphur dioxide was added before fermentation, the biogenic amine level in the resultant wine was inconsequential and the different winemaking techniques had little bearing on final concentrations. However biogenic amine levels were highest, at levels certain to cause reactions in sensitive individuals, in wines either with no sulphites added at all or with sulphites added only late in the winemaking process.

The natural wine movement, with its distaste for added sulphites, seems to have caused a significant increase in the incidence of biogenic amines. So has climate change, which has lowered levels of acidity naturally present in grapes to protect against harmful bacteria.

Parker-Thomson’s research is likely to provoke considerable revision in winemaking practices and in how sulphites are perceived. This is not to denigrate natural wines, but to highlight one way in which they may not be healthier than more conventional wines.

Of course, if you are severely asthmatic, then it would be best to avoid any food or drink containing sulphites. But for those who find wine gives them a headache, makes them itch, feel sick or suffer swollen lips, it is probably not sulphites that are the cause. Used judiciously, sulphites could provide a winemaking solution.

Patrick Lucas is a professor of microbiology in Bordeaux and has closely studied biogenic amines. He recently reported that the Paris-based umbrella wine organisation the OIV, or Organisation Internationale de la Vigne et du Vin, is actively against regulations limiting biogenic amine levels in wine, but is already spreading information to wine producers on how to produce wines that are low in them.

Perhaps sulphur is not so sulphurous after all.

Wines likely to be low in biogenic amines

Fresh, fruity white wines that are released soon after bottling and that have “contains sulphites” on the label such as young, unoaked Sauvignon Blanc, Riesling, Pinot Grigio

Wines that may have relatively high levels of biogenic amines

Those that have spent a very extended time on lees such as mature traditional method sparkling wine, champagne for instance, which tend to have low SO2 additions for quality reasons

Try to avoid or limit intake of foods high in biogenic amines when drinking alcoholic drinks. These include bacterially ripened cheeses such as Gorgonzola or Epoisses; cured and fermented meats such as salami; aubergine; sauerkraut and other fermented vegetables; fermented soy products; aged fish products

If you are particularly affected by wine intolerance, you should probably avoid wines that have no or low-SO2