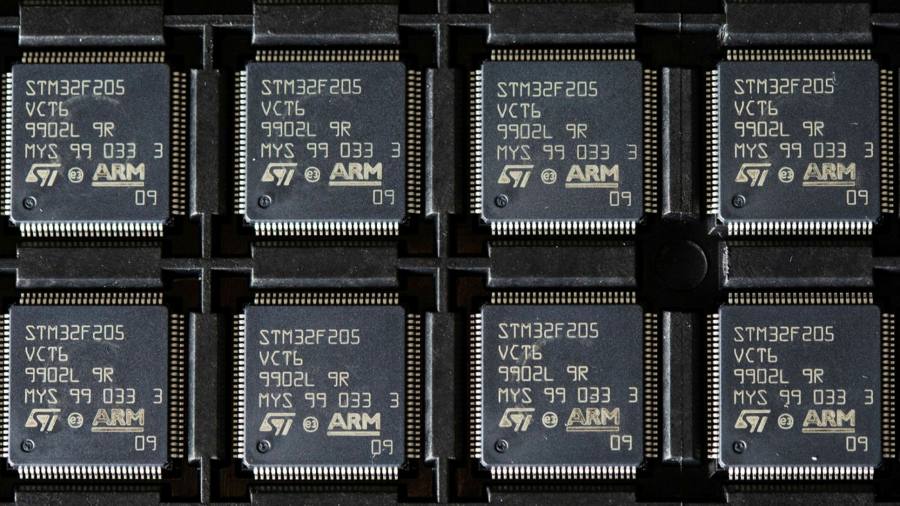 The latest news and comment on the most pressing issues in the technology sector. Delivered every weekday.

The UK Competition and Markets Authority (CMA) has recently recommended an in-depth investigation into Nvidia’s planned takeover of British chip designer Arm on the grounds that it “would stifle innovation across a number of markets”. EU officials have voiced similar concerns.

Arm is the only UK tech company with an indisputably dominant position globally. As such, it is vital that it should be a neutral company whose designs can be provided to all customers without being owned by any one of them. And the best way to preserve this uniqueness would be through an initial public offering in London.

The current bid by Nvidia to acquire the company from SoftBank is being scrutinised by four big regulatory authorities in the US, UK, Europe and China. One of these — very possibly in the UK — will decide that the security and anti-competition implications should result in the bid from Nvidia being turned down. Already the CMA has decided that the behavioural remedies offered by Nvidia would not address its main concerns. This is not the time for remedial action but for asserting the independence of Arm.

The argument for maintaining the independence and neutrality of Arm though an IPO is separate from whether there is a competition issue. Arm is a key node in the British tech ecosystem. In the UK’s Integrated Security Review published in March, the prime minister, Boris Johnson, highlighted technology as “essential to our prosperity and competitiveness in the digital age”.

He was right to do so. After Brexit, the independent growth of the UK’s technology base is one of the most exciting prospects for economic expansion and employment. Arm is the flag carrier for the British tech industry and vital for every global chip manufacturer.

It is essential, therefore, that it should not be the first casualty of the Security Review. An IPO in London would signal the government’s willingness to support British competitiveness in tech. Further, it would underscore the likely security implications were Arm not to be an independent company.

It was a mistake for a previous government to allow the acquisition of Arm, although SoftBank was a shrewd buyer. Through an IPO on the London Stock Exchange, it would be offered a credible alternative to a putative deal with Nvidia.

It is imperative that another viable option is prepared in order to establish the basis for a UK company through a predominantly UK board structure. This would ensure the future growth and dominance of Arm in its independent form. It would also provide a political alternative consistent with the government’s desire to promote the UK as a global digital and tech hub.

Arm, whose current market capitalisation is almost £24bn, would be an attractive investment case for global investors, precisely because of the substantial size of any offering. The LSE remains the most global financial market and would provide the necessary liquidity for such an IPO.

Large sovereign wealth funds and global pension funds would also be attracted by an independent key provider of chip design. They would not be alone. For instance, Qualcomm’s president and chief executive, Cristiano Amon, recently indicated it would be willing to buy a stake in Arm alongside other industry investors if the latter became a listed company. There is no doubt that other key performers in the industry would follow suit.

The government was recently prepared to review a Chinese investment in Newport Wafer Fab, a compound semis power chip supplier in Wales. Yet maintaining Arm’s independence and its global dominance in design is arguably of greater strategic importance. I have never been in favour of “golden shares”, but if ever there were a case for the judicious use of such a share by the government, this is it.

The use of Arm cores in nearly every digital device globally is a truly remarkable achievement. This Cambridge-based company should not be allowed to fall into the hands of a single competitor, whether Nvidia or anyone else.

It would be a tragedy if, on competition grounds, the Nvidia deal was turned down only to be followed up by a Nasdaq-listed special purpose acquisition company making a move for Arm. This is a British company and its key role in the digital economy must be recognised.

An IPO in London would celebrate a remarkable national achievement. A bold government would recognise the importance of Arm to the Integrated Security Review and encourage this alternative.