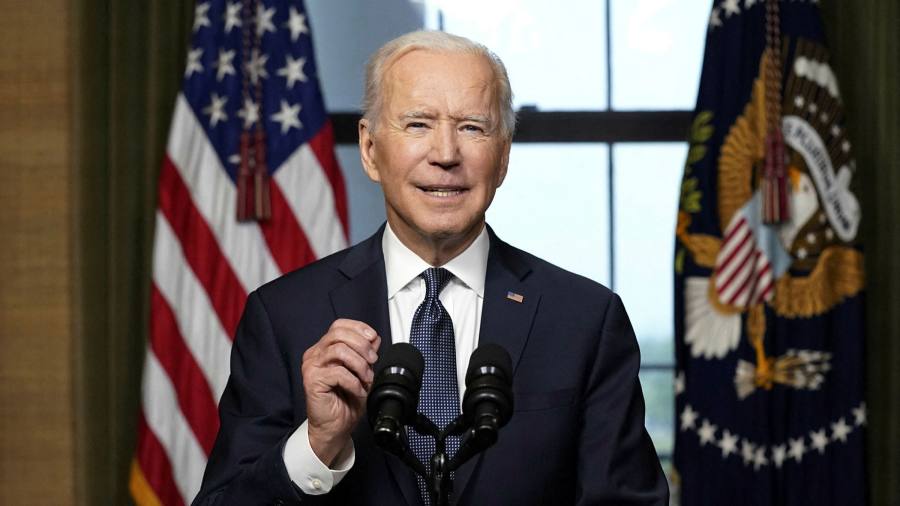 In 1993, a botched intervention in Somalia seemed to put the US off such projects for good. Three years later, it sent more than 16,000 troops to Bosnia. The failure to avert mass killings there revived the trope of a halfhearted superpower. Three years later, it led the Nato bombing of Yugoslavia. The reluctance to commit ground forces there was final proof of an inward-turning nation. Four years later, it was occupying both Afghanistan and Iraq.

As those twin missions faltered, wars of choice in half-understood parts of the world became unthinkable at last. In 2011, the US joined the bombing of Libya. When the ensuing void there produced two governments, even two central banks, such well-meaning intervention was discredited once and for all. Three years later, the US bombed Syria. The failure to act earlier confirmed the decadence of this bloat . . .

You will understand, won’t you, if I don’t take obituaries for the US empire at face value? For the fourth or fifth time in my life, America is said to be on the verge of something called “isolationism”. The record, by contrast, tells us to expect another show of force in some remote trouble spot or other by mid-decade. Go with the record.

There are two reasons why the US won’t resist intervention for long. One is its place in the world. It takes superhuman discipline to possess awesome power without using it. Ungoverned land, Joseph Conrad’s “blank spaces on the earth”, becomes intolerable. Of all China’s myriad feats, none would be as impressive as avoiding a quagmire of its own at some point.

The other reason is peculiar to the US. Washington really does have a foreign policy elite, and “blob” really is the best word for it. “Deep state” implies something undemocratic and extra-constitutional. That is a slur on a mostly civic-minded bunch.

“Military-industrial complex”, meanwhile, suggests a material interest in war. True, northern Virginia has an arms-sector middle-class that has to be seen to be believed: the destination restaurant in the BAE Systems headquarters is a nice touch. But Cui bono? is never as smart a question as it sounds to a crude Marxist. And it is diplomats, scholars and journalists who make up most of the blob’s glutinous mass, not contractors.

Their problem is not cynicism so much as its absence. They disagree among themselves on important things: the usefulness of multilateral bodies, the trustworthiness of Iran. What unifies them is a view of the US as a — really, the — redemptive force in world affairs.

Filled with memories of the evangelical George W Bush, Europeans tend to assume this is a uniquely rightwing messianism. In fact, it animates the centre-left no less. “If we have to use force,” said Madeleine Albright, a former Democratic secretary of state, with majestic tautology, “it is because we are America.” Fusing the worst of the right (aggression) with the worst of the left (righteousness), the itch to intervene is at least cross-partisan.

“Their problem”, I say, but it is really the president’s. When it speaks as one, as it has over Afghanistan, the blob is an ordeal to defy. Neither Barack Obama nor Donald Trump managed it. Joe Biden has, but at a cost that will not be lost on his successors. At one point, his national security adviser had to field a reporter’s case for a military presence on the Tajik border.

Biden has deserved the past month’s criticism. In a parliamentary system, where the head of government has no direct mandate, I suspect he would have had to resign. He blindsided friends in Afghanistan and Europe, who must see now that France is right to stress strategic autonomy. If liberals have noticed that his foreign policy is deceptively similar to Trump’s, well, better late than never.

He is free to wonder, though, where this scrutiny was during 20 years of failed state-building by his critics. In a sense, his withdrawal was an audit of the accumulated work of the Pentagon, the secret world, the diplomatic corps, non-governmental agencies, the private sector and, as a vexed UK parliament has forgotten, US allies.

I would go as far as to say that the race to interpret the fiasco of the past month has already been won. It is now “known” that the problem in Afghanistan was a lack of American stamina. In the next crisis, expect the same calls for a “muscular” response (such a sweet euphemism), the same waffle about “strategic patience”, the smearing of any backward US step as isolationist. The best that can be said for this cycle is its opportunity for nostalgia.