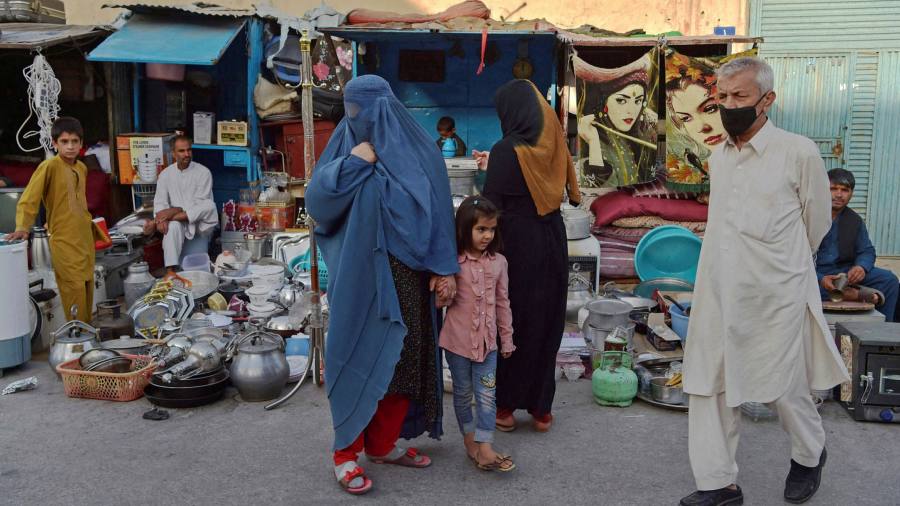 The writer is chair and chief executive of MOBY Group

When US and other international forces fly out of Hamid Karzai International Airport in Kabul, Afghanistan’s capital next week, they will leave behind a country beset by deepening humanitarian and economic crises. The currency has plummeted, and inflation is destroying savings. Development aid has all but stopped, while there are 550,000 displaced people across the country.

Many of Afghanistan’s best and brightest are being forced to leave in search of safety and opportunities abroad. Thousands more will cross borders on foot, trying their luck in the region and beyond. Most, however, will be compelled to remain. But there is much the international community can still do to support them, as well as putting enough pressure on the Taliban to prevent Afghanistan from becoming a pariah state.

Abandoning Afghanistan completely would be a terrible mistake. This is a catastrophe of choice, created by US president Joe Biden’s reckless decision to withdraw, and compounded by Afghan premier Ashraf Ghani’s decision to flee the country in haste. It will only worsen if no concerted effort is mounted to address its consequences. In recent days, we have seen old political foes sitting across from each other in Kabul. This should have happened much earlier. It is crucial that these negotiations are not merely about power sharing, but that they have the interests of the Afghan people at their heart.

The Taliban have made some encouraging statements on human rights, freedom of movement for women and education for girls. These must now be translated into constitutional commitments that preserve the gains of the past two decades. The Taliban must decide whether they want to rule through fear and intimidation or give Afghans a stake in the future.

Afghanistan was already Asia’s poorest country on a per capita basis before the Taliban takeover. The billions poured into it over the past 20 years were principally used to fund the war effort. They did not help ordinary Afghans, many of whom have fallen further into poverty in recent years and are in urgent need of life-saving assistance.

The Taliban must realise that this situation is not sustainable. They will not be able to govern a country with starving people, a broken economy and no foreign investment. The international community needs to face up to the dangers of this as well. The UN Security Council must immediately appoint a special envoy to address the humanitarian crisis. Governments must marshal the necessary resources to support this effort. We have seen the tragic consequences of inaction at these times, in Yemen and elsewhere.

This is also an opportunity to engage the Taliban and the wider region. The Taliban are well aware that they have inherited a country devastated by four decades of war and cannot attract the resources needed to rebuild. They also know that Afghanistan is not the same as it was 20 years ago. They now have to deal with a growing youth population that has never known Taliban rule, empowered women, and a social fabric transformed by digital connectivity and access to the outside world.

The Taliban also seek international legitimacy to avoid Afghanistan becoming a landlocked North Korea. The international community, which has a vested interest in preventing a terrorist haven from destabilising a region with three nuclear powers, must leverage this need for recognition and persuade the Taliban to adopt a more accommodating stance.

Everyone with a stake in the stability of Afghanistan needs to come together and agree on a set of basic common interests. These include preserving the integrity of the country and avoiding further conflict and possible fragmentation. Afghanistan needs to be economically viable, acting as a trade route that links central Asia to the rest of the continent. The rights of the Afghan people must be protected and their basic needs met. Economic systems have to be supported in order to jump-start urban centres with much-needed investment.

No single country is capable of playing this role, but the efforts of all are required to lift Afghanistan out of its interlocking crises. The US and its allies no longer have the clout or the credibility to do this on their own, while countries in the region are driven by competing self-interests.

The only way forward is for the UN to intervene, address the humanitarian needs, unite the Afghan political class behind a new human rights-based agreement, and ensure that when the last military flight takes off from Kabul, the people who are left behind will not be forgotten.