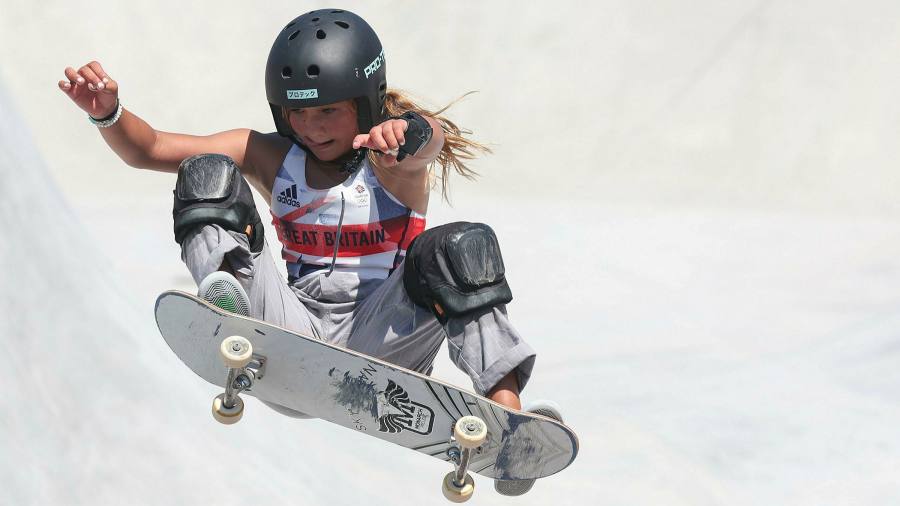 On Sunday evening, as Tokyo hands the Olympic baton to Paris during the closing ceremony of the XXXII Olympiad, the Games’ organisers will breathe a massive sigh of relief.

The decision to go ahead with the event was being questioned even as the Olympic flame was lit two weeks ago. And there will be many who remain sceptical about the wisdom of holding them during a global pandemic. But I, for one, am grateful that the Games went ahead.

I am a great believer in the transformative power of sport and it was partly this that inspired me in 2015 to help launch This Girl Can, a UK campaign designed to encourage more women and girls to get active. I adore watching sport and the Games have given me the opportunity to watch multiple disciplines, many of them obscure, and most of which I won’t watch again until Paris 2024.

I am sure I can’t be alone in becoming curiously obsessed with weightlifting, surprisingly mesmerised by competitive climbing and in developing a previously well-hidden expertise in dressage. It is the same each time the Olympics come around.

But this time, the Games took on a more important role — they were more than a celebration of dazzling physical achievement, not simply a hymn to “faster, higher, stronger”. This time we really needed them. The past 18 months have been truly terrible. People across the world have lived in fear with death all around us, isolated from each other, with many of us confined to our homes for months on end. We have had nothing to celebrate. Until the Olympics, that is.

Finally, here was something in which everyone, everywhere, could take part. And because it is the Olympics, social distancing is not an issue. Very few of us have had the privilege of spectating in an Olympic venue. We are used to watching on television, in our own homes.

In the age of social media, proliferating digital platforms and TV on demand, the Games are that rare thing — a truly communal global broadcasting event.

You can be sure that people the world over, even those who don’t normally watch sport, will be watching along with you. The Olympics unites us. From London to Los Angeles, Addis Ababa to Auckland, Moscow to Monrovia, together we cheer and shout.

Millions of us have shared the pain of US gymnast Simone Biles or British heptathlete Katarina Johnson-Thomson, whose participation was blighted by mental health strains and physical injury respectively.

We have revelled in the delight of the 14-year-old Chinese diver Quan Hongchan and the high jumpers Mutaz Barshim from Qatar and Italy’s Gianmarco Tamberi who decided to share the gold medal. And we have been shocked by the plight of Krystsina Tsimanouskaya, the sprinter from Belarus forced to seek refuge in Poland after she and her family appeared to be threatened by officials from her country’s authoritarian regime.

Some people will also have been inspired by the Games. We know there is no direct link between people watching extraordinary athleticism and becoming athletes themselves — if there were, all those people who watch Premier League football every week would be more active and much fitter than most of them are.

But we also know that seeing people who you can relate to doing things you think you could manage has an impact. Children will have seen 12-year-old skateboarder Kokona Hiraki take silver medal in the women’s park final and Sky Brown, who turned 13 a month ago, take bronze. These are girls who look like the kids they go to school with, who are doing something they are really familiar with and which they probably hadn’t considered a sport.

Doing something normal is something most children have not been able to do for so long. As we move into the endemic stage of this terrible virus and life returns to something like normal, let’s hope more children, little girls especially, will give skateboarding a go for the first time.

Happily, the naysayers worrying about the Games as a superspreader event were proved wrong. The biosecurity measures in place and common sense have meant that there have been relatively few cases of Covid-19 within the Olympic caravan. That relief, however, has to be offset against the surge in cases in Japan outside the bubble protecting athletes, coaches and officials. Record daily infections have provided a grim backdrop to the Games.

Yet for those outside Japan, these Olympics have given us a reason to smile again. For a couple of weeks we have been able to look up and out, to distract ourselves with the extraordinary endeavours of our fellow human beings.

We have been able to laugh and to cry about things that matter little to us — or at least matter less than the life and death concerns that so many have had to grapple with during the pandemic.

It was a blessed relief, for example, to be worrying whether Yulimar Rojas could break the women’s triple jump record, which has stood since 1995, rather than whether more people I know will test positive for Covid. Thank you, Tokyo.

I am pretty sure I will shed a tear when the closing ceremony ends on Sunday.