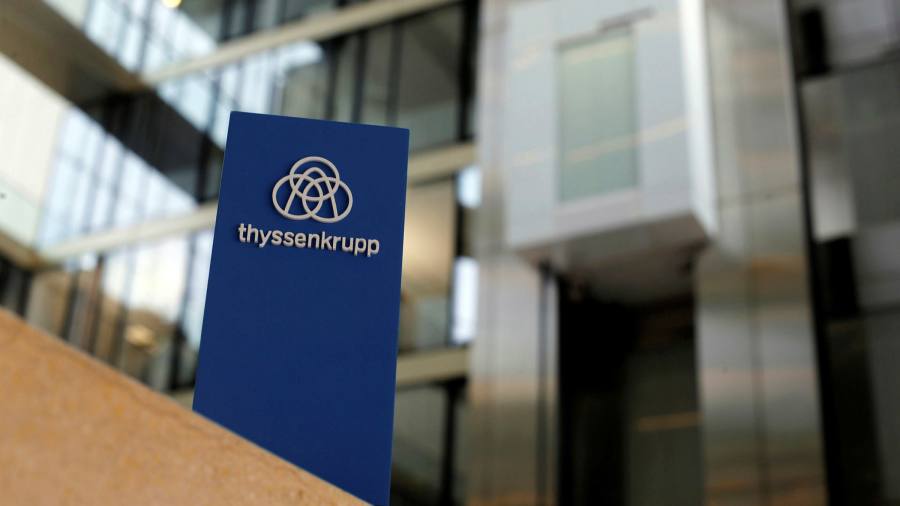 Businesses like to talk up the notion of pivoting into new areas. Few succeed. The aspiration is worthwhile for Thyssenkrupp, one of Germany’s diminished industrial giants. If its plans come off, it will become a key equipment supplier to the growing hydrogen market. Its vehicle is Nucera, a joint venture, which it aims to list. Lex estimates a valuation of €2bn.

Thyssenkrupp has had a difficult few years. A slow restructuring, spurred by pressure from activist investor Cevian, forced heavy losses on shareholders. Despite a bounce in the shares since 2020, it now has a withered market value of €6.8bn. That should rise if Nucera, of which Thyssenkrupp owns two-thirds, lists at a decent price.

Much depends on how fast the hydrogen market grows, and to what ultimate size. Nucera is no newcomer to the industry. It has long experience of making equipment that makes hydrogen for oil refineries and chemical companies. Global demand for hydrogen, measured in terawatt hours, is estimated to jump seven times to 26,000 TWh by 2050.

Nucera expects to capture a worthwhile slice of this market. Thyssenkrupp thinks it can win 90 of the 522 large projects announced, worth €13bn. Already it has an order backlog of €1.3bn. The company is already profitable. It earned operating profits of €27m on €319m of revenues last year. Thyssenkrupp targets up to €700m of annual sales by 2025.

Last year, as talk of a Nucera float circulated, some analysts mooted a valuation of €5bn. Lex thinks that optimistic. Assume a forward enterprise value to operating profits multiple of 25 times, similar to those of industrial gas specialists such as Linde and Air Products. To get to €5bn one would need to use a juicy 29 per cent margin, triple last year’s, or a higher multiple.

Lex thinks margins will not climb much soon, so expect at best €2bn. That would add about €1.3bn to the valuation of Thyssenkrupp.

The more that a pivot requires a leap of faith — one thinks of engineers rebranding as dotcom companies in 1999 — the less likely it is to succeed. Still, Thyssenkrupp’s foray into hyped-up hydrogen is far better grounded.