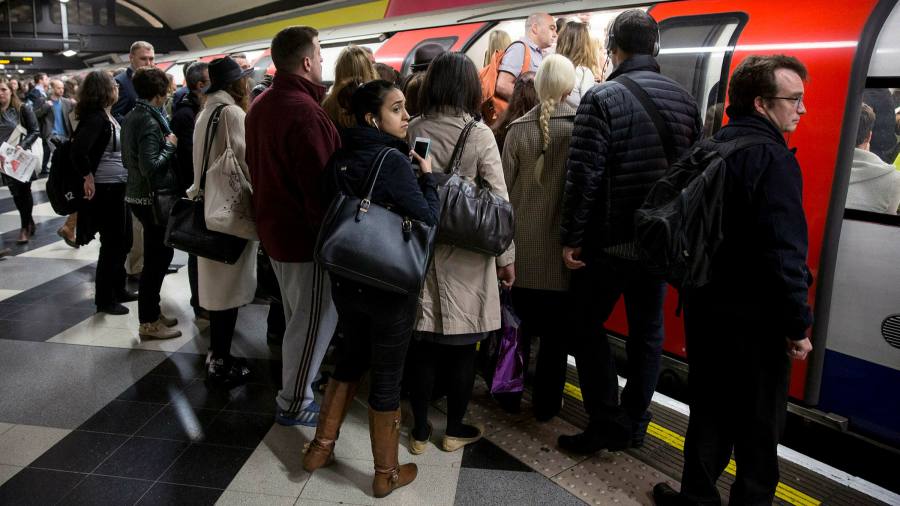 Sign up to myFT Daily Digest to be the first to know about Working from home news.

Britain’s government is keen to get workers back to the office. The better pitches cast it as in the interest of workers themselves: the chancellor Rishi Sunak argued that younger employees will do well with more face time with senior staff, building networks that help them to get on and finding what may be long-term mentors. Much less convincing were comments on Monday from an anonymous minister that civil servants should have their pay cut as they save on commuting costs, adding that it was difficult to know whether workers were actually doing their job or just watching television.

The experiment in new working practices prompted by the pandemic has shown that more flexible arrangements can be good for employees and employers alike — making it easier for workers to balance different commitments while also reducing the costs of maintaining expensive city centre offices. It is a chance, too, to boost the government’s “levelling up” agenda by encouraging highly paid workers to move further out from London. The idea that home workers are skiving is not backed up by evidence.

Comments, too, that workers should go back to the office if they want to be promoted, from the business secretary Kwasi Kwarteng, risk legitimising bad management practices. Kwarteng’s intention may have been simply to state that among the many benefits of the office is the face time that workers get with managers. But his statement could be misunderstood: businesses should always use objective measures to identify the best candidates.

Just like business leaders, ministers should emphasise the many benefits of having workers all in the same place for at least part of the week. Sunak is right that it is particularly helpful for younger workers and new starters to form personal ties to their colleagues — much easier in person than on video calls. Many younger workers, too, lack the commodious home offices of older colleagues and must scrape together work space in cramped flat shares. Homeworking can be good for intense focus but speedy collaboration, and creativity, is much harder to achieve across email than face-to-face.

Britons remain less likely to have returned to their workplaces than their peers in other countries. According to Google mobility data, the number of Britons at work is down by around 40 per cent compared to normal, against around 30 per cent in the US and Germany. This may partly reflect the prevalence of the Delta variant and fear of catching it even among the vaccinated; even without symptoms a positive test result can lead to cancelled summer holidays and a spell in self-isolation. Employers are also reluctant to mandate a return to the office while cases are still so high.

There is less of difference between the UK and other countries when it comes to getting diners back into restaurants and drinkers back to bars. The Google data find only a 7 per cent drop compared to the baseline for retail and restaurants, not too dissimilar from other countries. That may reflect both a distaste for commuting that predated the pandemic, as well as post-Covid concerns about having to pile into cramped, poorly-ventilated transport at rush hour. One solution might be for employers to be flexible by offering staggered start and finish times.

Threats to cut pay are counterproductive for bosses trying to get workers to return. Employers who want to see desks filled and canteens buzzing with conversation should focus on persuasion rather than coercion to entice workers back. With their comments about civil servants, ministers have swayed dangerously close to the latter. Business should avoid making the same mistake.