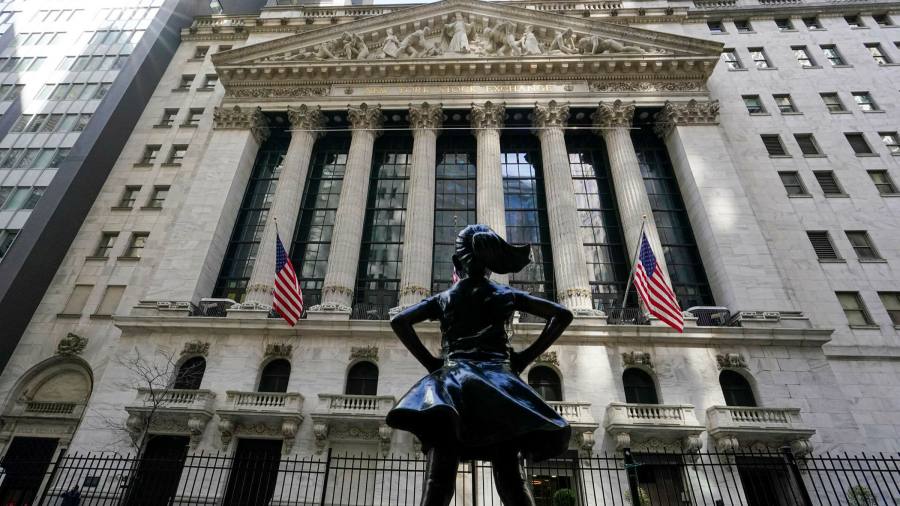 The writer is chief executive of Fidelity International

Markets never stand still. In the past year, we’ve seen an explosion in options trading by retail investors, the Spac boom and the rise of digital tokens, used by everyone from Damien Hirst to central bankers.

Most of the world may have been on intermittent pause since March 2020, but the business of transacting is barrelling down a path of unstoppable change.

As with many innovation-fuelled booms, some of these evolutions may fade or change over time. But the common theme of using technology to cut out the middleman and gain direct access to end users started long before the pandemic and is now picking up speed.

Changes like these in the financial world have the potential to reshape the transmission mechanisms that connect it to the real economy.

The remarkable rise of central bank digital currencies (CBDCs) is just such an innovation, with widespread implications. In a recent blog post, American economists Stephen Cecchetti and Kermit Schoenholtz described CBDCs as “an epic battle for the soul of the financial system” fearing they have the potential to “trigger destabilising financial shifts, weaken the supply of credit and undermine privacy”.

There are lots of different ways of doing a public digital currency. For example, one that focuses on financial inclusion might give every citizen a wallet on the central bank balance sheet. But this may create some unintended consequences — namely removing the deposit-taking function from the hands of the traditional banking sector, and altering its role in the monetary transmission mechanism.

A commercial bank that doesn’t take deposits will need to collect all its funding from the wholesale markets, or directly from the central bank, which is a different — and unproven — model to the one we have at the moment. Most money is private and already digital. As noted by Cecchetti and Schoenholtz, digital entries on the ledgers of banks account for 97 per cent of the total money in circulation in the UK.

The asset management industry is also a transmission mechanism, albeit one that works on a longer timescale, gathering the savings of individuals into larger funds, planting them into asset markets for harvesting years or decades down the line. In this way, it channels savings into and wealth out of public capital markets.

About two-thirds of Britons have a stake in the stock market through their pensions, whether they know it or not. Furthermore, an increasing share of value creation is happening outside of the public markets in the arena of private investment. While some savers have access to private opportunities via defined benefit pension schemes, those who are at the beginning of their career tend to save into defined contribution pensions and are much less likely to (unless they have access to a large fund with the right heft and expertise).

Listed stocks and bonds are divided into individual shares and easily tradeable through exchanges, which means they can be accessible to those with small pots as well as large ones. Private assets are less liquid and less easily divisible, but this is another area where technological innovation may provide a solution.

Distributed ledger technology, for example, can be harnessed to record fractional asset ownership through tokenisation, creating the ability to trade fractional ownership between a wider network of investors.

Eventually, as the technology becomes more sophisticated, it could help democratise parts of the market, bringing ownership of private assets to a broader section of investors, reducing the minimum level of savings needed to invest, as well as reducing trading costs and increasing liquidity.

The Swiss playwright Max Frisch called technology “the knack of so arranging the world that we need not experience it”. Experiences that technology has so far cut from the financial chain have mostly been those of waiting.

Online banking has replaced queueing up at a bank branch; innovations in payments and transfer technology have ended waiting for many days for an international travellers’ cheque to clear. Digital services are more accessible, cheaper and quicker and innovation will continue to remove friction in the financial system, connecting consumers of financial services to their goals with fewer intervening steps.

As a result, market trends may move faster, previously inaccessible asset classes may open up to retail consumers and monetary transmission mechanisms may be further compressed. The legacy business models that still depend on that friction must adapt or die.