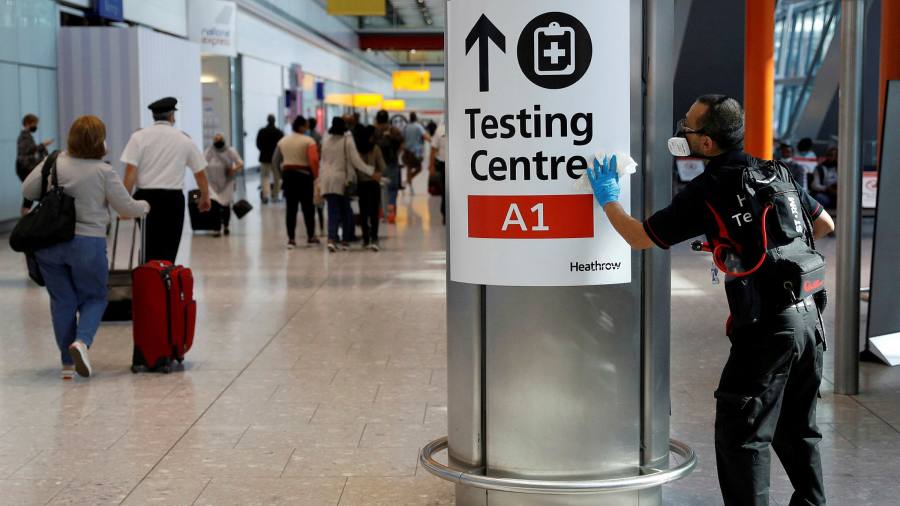 Christmas in the Maldives could be on the cards following an overhaul of England’s continually-changing travel rules. The bounty does not end with a pruning of countries on the red list, which attracted the most onerous — and costly — restrictions. Double-vaccinated travellers can forego pre-departure tests and replace one other with a cheaper lateral flow version. This will cheer the ailing tourism industry, even though it comes after summer holidays.

A complex and expensive testing regime — the previously mandated PCR tests cost £75 on average — had deterred would-be travellers. Visitors to red list countries — three of which, India, Pakistan and Turkey, are among the 20 most popular for visiting family and friends — return to hotel quarantine bills of £2,285 for a 10 day stay. Pakistan and Turkey will be removed from this list along with the Maldives and other dreamy locations.

The timing dovetails with the school half-term break, a popular slot in Britain’s holiday calendar. Travel bookings move in lockstep with alterations in restrictions. Chances are they rose the moment transport secretary Grant Shapps tweeted the changes. For their part, airlines have become adept at releasing extra capacity to cater for subsequent increases in demand when rules shift.

That sets the stage for a stronger October. Airlines added 1.6m seats month-on-month in September, according to digital flight database OAG, despite the end of the traditional holiday period in Western Europe. Much of that increase came from Asia, which is opening after August shutdowns. But flights between the UK and favoured destinations Spain, Italy and Portugal were also on the rise.

Holiday operators bemoaned England’s regime, which was more onerous than those of European peers. Simplifying the traffic light system into just two categories, green and red, and switching to tests freely available on the NHS makes life easier for holidaymakers and the industry that serves them. Those not rushing to pack their bags should take the opportunity to pick up some airline shares.