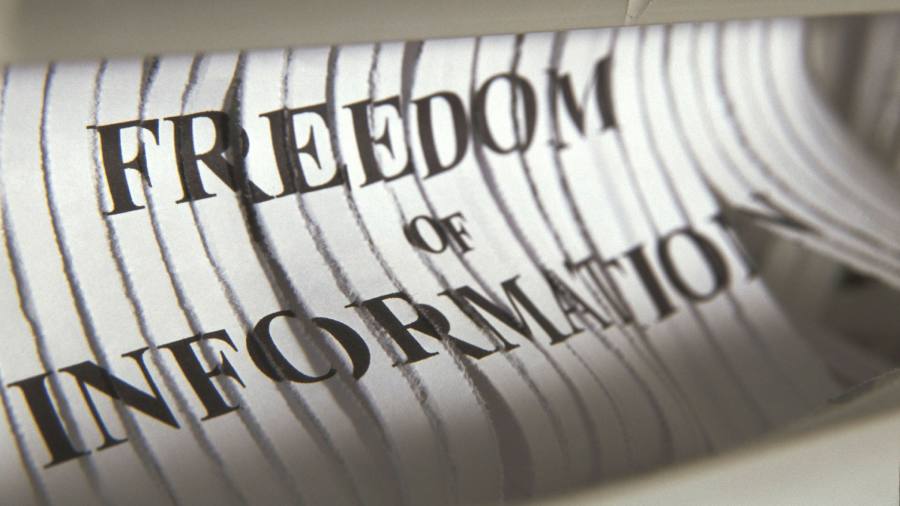 Back in 2015, a pair of senior British government officials were castigated by a judge. ​ Evidence they had presented to court had fallen “way below the standards that the public and the [court] are entitled to expect of government departments and senior civil servants”.

What were the consequences for those two men? Nothing. In fact, one of them — Sir Alex Allan — remained the prime minister’s official adviser on ministerial standards until he resigned in 2020. There was no disquiet in government about this rather brutal ruling against an ethics official.

But the context is everything. The two men were following a strategy, run from the Cabinet Office at the centre of Whitehall, to stop a request made under the Freedom of Information Act. It was not an exciting request — just for some appointments from a minister’s diary. But the British state now fights transparency by any means necessary.

In court, Sir Alex claimed that if FOI requesters could see a minister’s diary, politicians would “adjust their appointment schedules by building in unnecessary and pointless or futile meetings or diary appointments”. In short, they would fill their days with make-work for fear of being accused of slacking. The core of the UK state is utterly paranoid about ministers being embarrassed.

There was no golden age of the FOIA: reporters always needed to disguise what they actually wanted. The law gives the government the right to keep some types of information secret, and many civil servants have long seen their job as stretching those bits of law to cover any information that might be important. Some institutions, particularly the Cabinet Office, have habitually disobeyed the law. Increasingly, though, it appears officials are openly trying to keep secrets secret.

Recently, I asked for a small amount of information from ministerial diaries from the Treasury. I say “recently”: I actually asked in 2017, but I got a first reply in May this year and the final answer last month. According to the law, voted through by MPs, these requests are supposed to be processed in 20 days.

What I was after was modest — a classic, simple FOIA request for two pages from a diary. The contents are easy to find and process. But they refused my request, saying it would cause them “a disproportionate or unjustified level of disruption, irritation or distress”. What is on those two pages?

The Treasury is relying on part of the act — the “vexation” clause — which used to be deployed very rarely. It is designed to stop harassment of officials or repeat requests. That same part of the act is now being used to stop requests relating to the prime minister’s widely reported use of WhatsApp, the encrypted messaging app, for government business.

One of my requests on this has been denied for being a “fishing” expedition. The implication is that I am scouring indiscriminately for information. But a fact about fishing boats for you: they are, in fact, a pretty reliable indicator of fish.

I asked earlier this year for a copy of the government’s internal “lessons learned” review into its own handling of the pandemic. The Cabinet Office has replied claiming that while they acknowledge they hold this information, it would cost them more than £600 to lay hands on it because they would need, they said, to check thousands of documents in case they also contain a document that meets that description.

None of these refusals should survive a trip to court. But the government is counting on three things. First, it can rely on civil servants in pinstripes to prevaricate in court. Second, it would be better to make me go to court to force release and so delay the outcome.

And, third, it is betting that the Information Commissioner’s Office, the FOI regulator in England, will not do anything. As watchdogs go, the ICO is feeble. Its bark is barely audible, and it has only ever bitten once. They have made one prosecution ever — a local authority clerk.

MPs are unlikely to vote for the removal of the Freedom of Information Act: after all, it would look pretty rum. But they do not need to. The civil service is quietly gutting it.