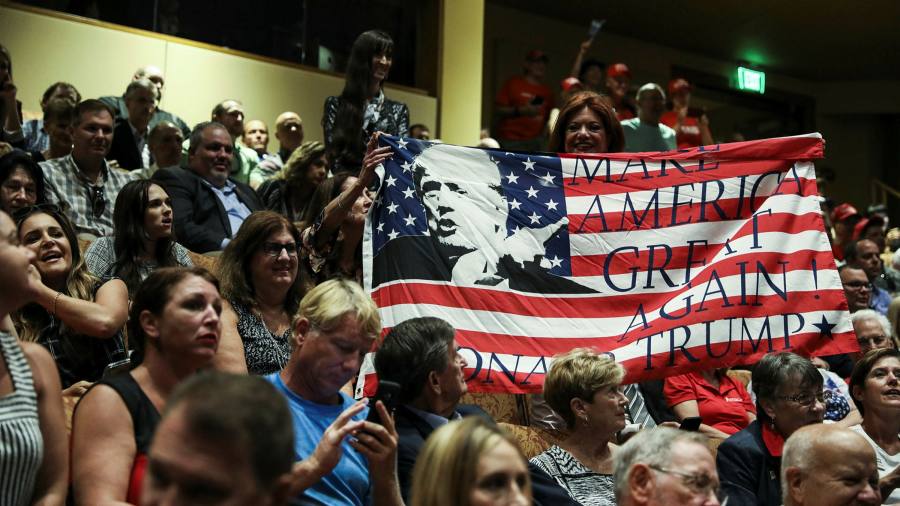 Sign up to myFT Daily Digest to be the first to know about Demographics and population news.

The Villages, Florida, is winning a demographic battle for population growth. At the same time the US is losing an economic war as the profile of Americans tips towards the elderly.

Highly anticipated decennial census data show that The Villages is the fastest-growing urban locality in the US. It is best known as a retirement community whose enthusiasm for Donald Trump ebbed and flowed in the 2020 election.

It grew nearly 40 per cent between 2010 and 2020 to 130,000 residents. That highlighted America’s growing love affair with cities but also its greying hair. The population of the US grew by just 7.4 per cent in the decade — the lowest clip since the 1930s. The absolute number of under-18s remarkably fell by 1.4 per cent from a decade ago.

Population growth is slowing even as Americans squeeze into urban cores where jobs and opportunities are most plentiful. These are places where basic amenities and services — housing, healthcare, transport — are strained. The combination of the two trends is pushing some local economies towards rent-seeking rather than entrepreneurial dynamism.

Just over half of US counties are experiencing population declines. The population of New York, the largest city, has meanwhile grown by almost 8 per cent, nearly four times its previous rate. Sunbelt cities Phoenix, Houston and Dallas also added to their tally of inhabitants.

Urban expansion is outstripping the supply of dwellings. The proportion of vacant homes fell from 11.4 per cent to just under 10 per cent. Most large cities had below-average vacancy rates.

This is one reason home ownership rates have plunged. Another is that financial groups are buying up single-family housing to create fleets of rental properties. These are marketed to, among others, millennials drowning in student debt.

Property ownership is more achievable for the growing elderly population. Many seniors bought homes when prices were low and paid off housing loans in an era before gig employment.

Healthcare, property and financial services are all sectors that benefit from an ageing America. They are also sectors where incumbents with scale advantages can maintain dominance without needing to innovate much.

Demographics are destiny, as the expression goes. Other nations similarly have seen cities become the focal point of economic growth. But within the developed world America stands out in the extent to which it has left citizens to fend for themselves against market forces. There is a case for reversing the dominant positions this permits through tougher antitrust enforcement and freer zoning.

The Lex team is interested in hearing more from readers. Please tell us what you think of US demographics in the comments section below