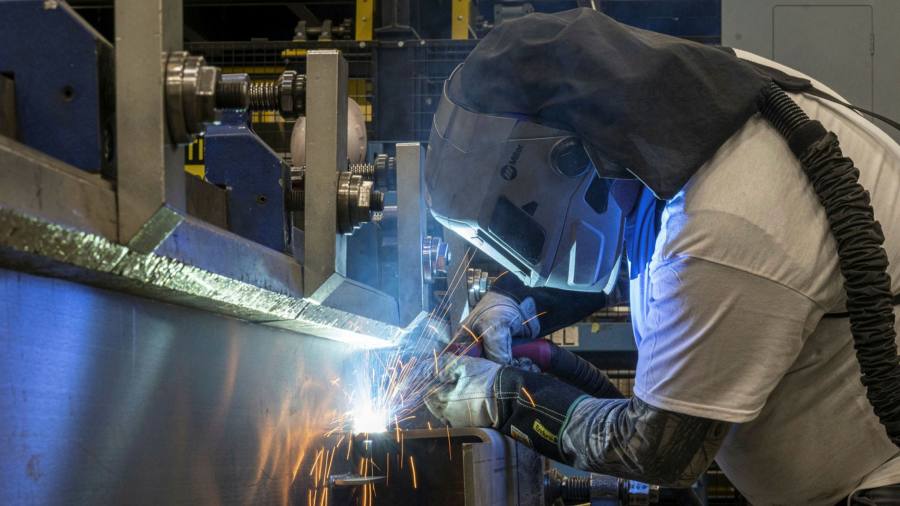 Recent economic data provides overwhelming justification, if any more were needed, that the Federal Reserve should continue or even accelerate its plans to tighten monetary policy. US inflation, as measured by the consumer price index, reached the highest level for 40 years in December, increasing to 7 per cent from November’s 6.8 per cent. That is the fastest rate of increase since the so-called Volcker shock in 1980, when the then Fed chair Paul Volcker hiked up interest rates and pushed the US economy into a deep recession to try to bring inflation under control.

Yet while the price data is eye-watering, it is the labour market statistics, published last week, that provide a perhaps even stronger justification for tighter monetary policy. While there are some signs from surveys of manufacturing companies that bottlenecks are easing, cost pressures are becoming more visible in the jobs market. That risks creating the kind of self-sustaining inflation, driven by expectations of price increases, that led Volcker to take such drastic measures more than four decades ago.

Although the pace of job growth slowed in December, the labour market still appears tight. Chiefly, annual wage growth accelerated to 4.7 per cent, failing to keep pace with prices but still above the pre-pandemic norm. While employment growth was down — the US added just 199,000 jobs — this appears to be because businesses struggled to find workers: the unemployment rate fell to 3.9 per cent, slightly above the rate in February 2020.

This departure of workers from the jobs market means that while inflation and wage data indicate that the US might be very close to what economists refer to as full employment, there are still 3.6m fewer workers in the US than before the pandemic. Jay Powell, the current Fed chair, argues that this should not be a barrier to continued tightening. In testimony during his Senate confirmation hearing this week, he said that these workers will be best served by a prolonged expansion and a gradual tightening. If the central bank falls further behind the inflation curve, it will have raise rates sharply, as Volcker did, provoking a recession.

It is unclear how much the Fed can really do for these workers at the moment. A “high-pressure economy”, as suggested by president Joe Biden and the Fed, is delivering wage growth and encouraging workers to seek out better options — quit rates, the portion of workers leaving their jobs voluntarily, have spiked. Indeed if wage growth is sustained it may begin to compensate for 40 years or so of stagnation. This means the workers who have left, however, have probably not done so because there is insufficient demand.

For that reason attracting the jobless back will need more structural reforms. Some of the workers are absent because the pandemic has not ended. School closures and coronavirus-related absences at childcare providers mean that parents often still need to stay home. Others may be concerned about infection in face-to-face workplaces or that jobs could once again disappear with another wave of infections.

Other problems are deeper. Labour market participation has fallen over the past few decades — and much faster than could be explained by “baby boomers” retiring alone. Indeed, the participation rate for US women is now below that of Japanese women, thanks more to successful reforms by former Japanese prime minister Shinzo Abe than the ultra-loose monetary policy in the country. The Fed has done its part to ensure a strong recovery, it is high time America’s congresspeople similarly did their bit.