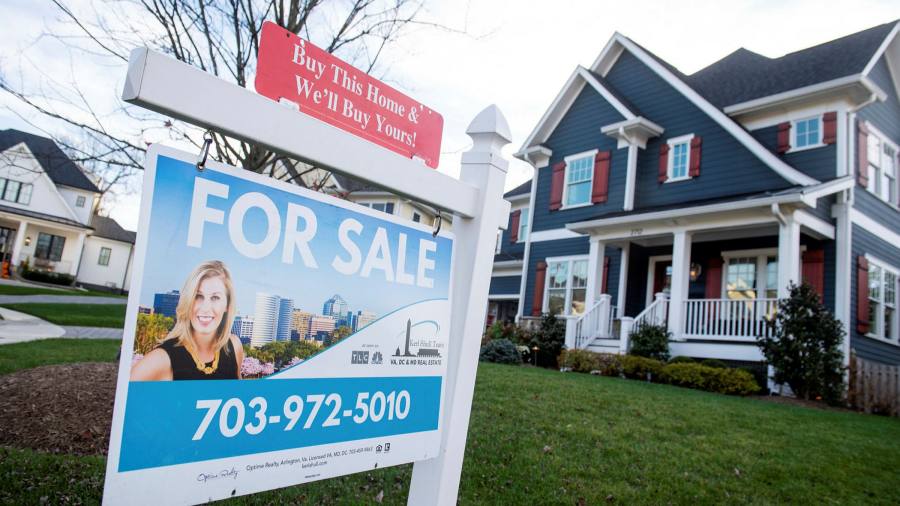 Sign up to myFT Daily Digest to be the first to know about Financials news.

Record low mortgage rates set off a wave of refinancing activity and a fee bonanza for loan originators last year. The party is not yet over. Despite the steady tick up in interest rates, Americans are still poised to take out $3.6tn worth of mortgages in 2021, making this year the third best on record, according to the Mortgage Bankers Association.

Yet mortgage lender stocks have barely responded to the industry’s seeming resilience. Rocket Companies, which owns Rocket Mortgage, the country’s largest non-bank mortgage lender, is down 15 per cent since the start of January. Its shares are now trading below its initial public offering price of $18.

Rival UWM, the parent company of United Wholesale Mortgage, has fallen by an even steeper 45 per cent during the period. Home Point Capital and loanDepot have both shed two-third of their values since going public earlier this year.

Fear that profitability has peaked is driving the investor exodus. Few companies are expecting profitability to expand this year following a record 2020.

It is not just lower loan volumes. Non-bank lenders generally sell the loans they make to bondholders. Profit from this is being squeezed as the spread between the main mortgage rate and the rate at which they can sell the loans tightens. Rocket’s gain-on-sale margin, which measures how much is earned when mortgages are sold, came in at 2.78 per cent during the second quarter, compared to 5.19 per cent a year ago. At UWM, the metric fell from 2.43 per cent to 0.81 per cent from during the period.

But there are reasons to think the pessimism is overdone. Yield on the 10-year US Treasury is trending lower at 1.35 per cent after hitting 1.7 per cent in March. The reprieve could spur more Americans to refinance their mortgages and get buyers put off by surging home prices to come back to the market. It should also help sales margins recover in the third quarter.

With the spread of the Delta coronavirus variant muddying the outlook for the US economy, interest rates could well stay put for longer. It would not take much to give the sector’s beaten down share prices a boost.