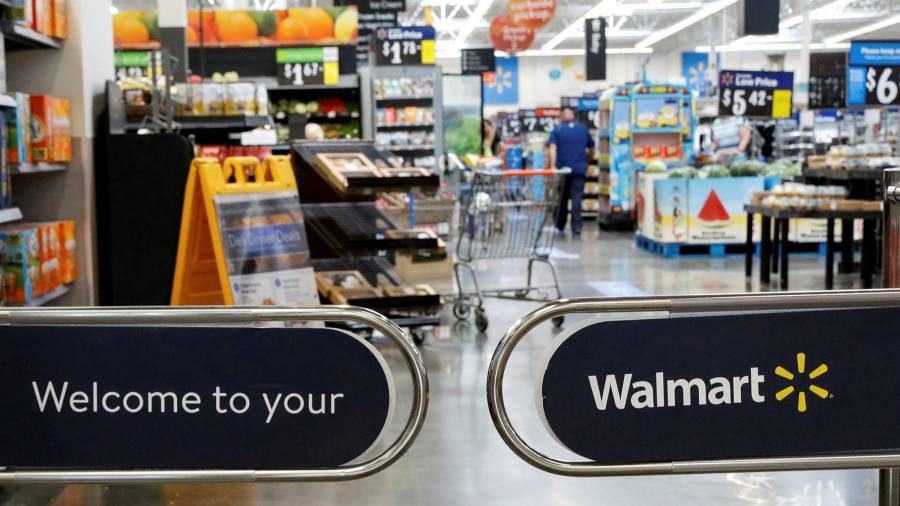 Sign up to myFT Daily Digest to be the first to know about Walmart Inc news.

Walmart’s turnround depends heavily on its online strategy to combat Amazon. Over the past five years, the world’s biggest bricks-and-mortar retailer has poured billions into ecommerce. It has invested heavily in M&A and built up its website and delivery logistics.

As a result, Walmart rang up $43bn, or about 11 per cent of its US revenue, online last year, according to research company Statista. That is a 79 per cent increase from 2019 and a leg up from the $13.7bn of online sales reported in 2016. Shares in Arkansas-based Walmart have more than doubled over the period.

Walmart is betting the growth momentum can continue. It expects revenue from its ecommerce business to hit $75bn this year. Yet the sharp slowdown in second quarter online sales reported by the company on Tuesday should give pause to investors.

In its most recent quarter, Walmart’s US ecommerce sales rose just 6 per cent year-on-year. The surge in pandemic-fuelled demand last year makes for tough comparisons. But the single-digit growth figure is still underwhelming, especially when compared to the 37 per cent increase reported during the first quarter.

What is more, online orders contributed only 0.2 per cent of Walmart’s like-for-like sales gain in the quarter, compared to 6 per cent a year earlier.

Walmart deserves the benefit of the doubt, for the moment. It made some bad acquisitions, including the $3.3bn acquisition of New Jersey ecommerce group Jet.com, which it ended up folding last year. It appears to have learned its lesson. Its ecommerce strategy is now focused on building capacity for online grocery picking and delivery. The programme has driven most of its ecommerce sales growth and is its most important advantage over Amazon.

Groceries also tend to be low margin. That may displease investors who see Walmart’s forward earnings multiple of 25 times as high. Target, another general retailer, is valued at slightly less, though its return on equity of 30 per cent is nearly double that of Walmart. But it is worth sticking with a stock that is proving so many doomsayers wrong.