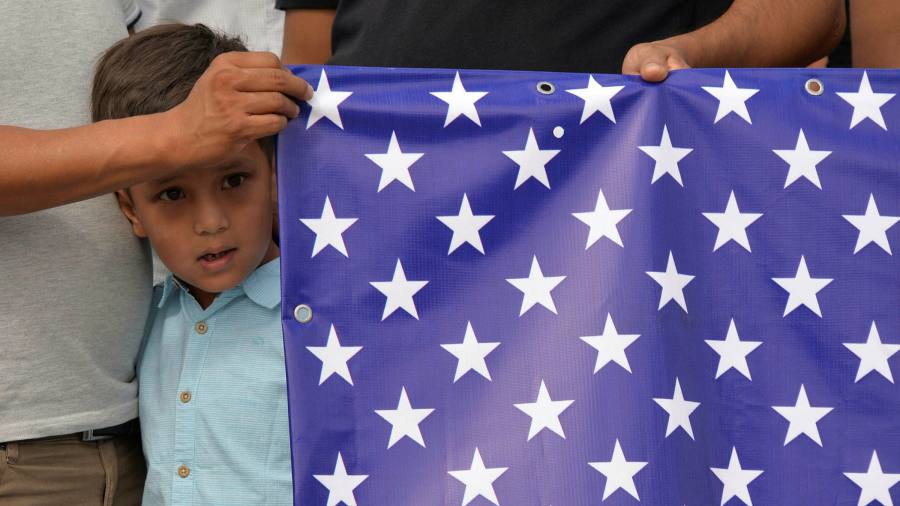 The chaotic withdrawal of US troops from Afghanistan and subsequent events in Kabul this week prompted me to think about the connections between US defence policy and the country’s future economic path.

For years, political posturing in the US has revolved around notions of a future economy based on tax increases and borrowing for income redistribution and social equity; or tax cuts and borrowing to preserve private equity returns and property values.

Regardless of party lines, on one point, almost everyone agrees: they do not want to think about going to war.

Yet the US is already back on the battlefield. In the North Kivu province of the Democratic Republic of Congo, US special forces have recently been “inserted” on the ground to help the Congolese army fight a militia linked to Isis. There are humanitarian motives, no doubt, but as well as being a hotspot for Ebola, North Kivu is one of the places to get metals for batteries and advanced aircraft.

Your future mobile phone, electric car to the beach and protection from improvised bombs all depend on rare earths and minerals such as copper and cobalt. This is why I fear that US commitment to protecting them will grow and spread to other mineral-cursed places. Payment in money and blood for war and resources can only increase.

War has a habit of getting its own way. However, it will require that the US thinks differently about its industrial base in the future.

The impact of the pandemic has already prompted the administration to review critical supply chains. These cover a wide range of technologies and materials used in manufacturing that are important for industrial and military purposes. Current disruption has forced a rethink of the “just in time” production model, and building up inventories of critical components.

There is also geopolitical risk to contend with. The US is intent on reshoring some supply chains for chips and other strategically important products. So when it comes to the defence budget, there is bound to be a battle for resources.

By chance, I was in Washington when the last revival of the US military industrial complex was being planned, which, again coincidentally, was just when the country’s last great humiliating retreat was in train.

In early March 1975, I interviewed James Schlesinger, who was the secretary of defence under President Gerald Ford, on the subject of whether US weapons procurement policies made any sense.

Unknown to me, Schlesinger had determined the previous month that there would have to be an evacuation of Americans and Vietnamese dependants from Saigon. As was his usual practice, I’m told, he avoided going through the White House snake pit and ordered aircraft and navy ships on his own authority.

Consequently, before the fall of Saigon, the US was able to evacuate tens of thousands of people in a few days. We have not seen how bad the results from Kabul will be.

But even with that immediate problem at hand, Schlesinger was simultaneously working on the future direction of military technology and the development of defence research, development and the industrial base.

At the time, US society was demoralised and politically cynical, threatened by inflation and just emerging from the bottom of a severe recession. Schlesinger’s defence research, development and equipment procurement budget was down by almost half from its Vietnam war peak.

Yet in my interview, Schlesinger emphasised that he was tilting the department’s spending towards long-term R&D and procurement of long lead time parts, such as reactor housings for as-yet unfunded submarines, rather than immediately rebuilding the shabby state of the forces’ “readiness”.

Schlesinger was fired by the president in November 1975, partly for not bombing Cambodia when ordered. However, the military followed through on his long-term military-industrial plan.

Harold Brown, a nuclear physicist who took over the department under Jimmy Carter, quickly commanded the president’s time and the respect (Carter was educated in the nuclear navy). He continued Schlesinger’s strategic direction, and established the military-technological edge that Republicans credit to Ronald Reagan.

Schlesinger and Brown had cheap suits, cheap watches and engaged in harsh examination of their own assumptions. Those two were not always pleasing courtiers, but they believed in democracy and leadership as distinct from management by PowerPoint.

That edge they helped create may now have been permanently blunted. The modern military industrial complex is a wasteful and sometimes corrupt oligarchy, which — as recent events show — is in need of a rethink.

Today’s economists and politicians should be asking questions about where money and resources are allocated now and in the future, and how far spending priorities have shifted. The future of the US is tied to the future of the wars it involves itself in.