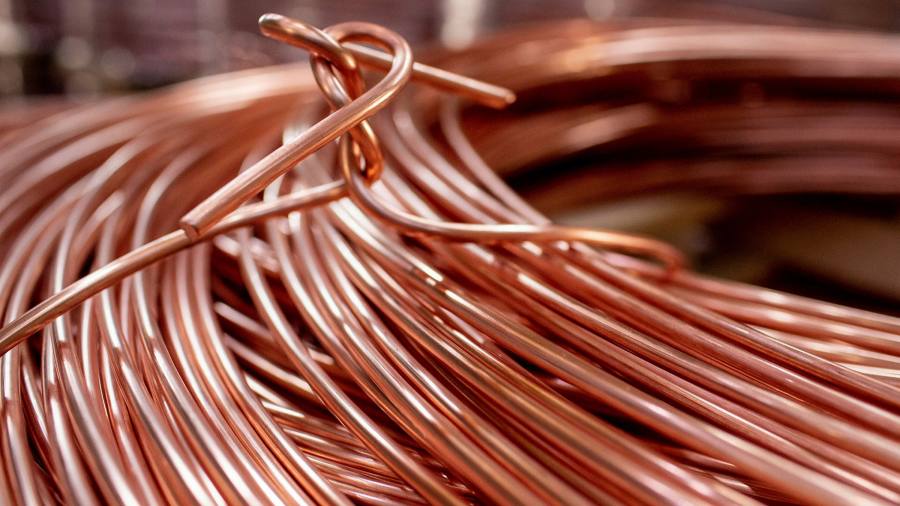 Does the energy transition need a “Circular 5”? Back in the late 1940s the US Atomic Energy Commission fretted that it could not procure enough uranium on the private market to meet the requirements of its nuclear weapons production programmes.

The initial supply of Congolese uranium for the wartime Manhattan project had been scavenged in late 1942 from a warehouse in Staten Island, NY, where it had been sent in 1940 by an anti-Nazi Belgian businessman.

That uranium was enough to spark the first couple of wartime reactors, as well as a handful of nuclear weapons. But there did not seem to be enough uranium ore to continuously feed the vast establishment that had been built up to provide America with its superpower ace in the hole.

So beginning in April 1948, the AEC began issuing a series of public “circulars” that offered a minimum guaranteed price for uranium and a 10-year purchase contract, along with bonus payments for significant uranium finds in the US. The most fondly remembered was “Circular 5”, which established premium prices for higher grade ore, and which was in effect from February 1949 to March 1962.

By then Circular 5 had also produced a couple of centi-millionaires with wealth of more than $100m. One of them built the Hirshhorn Museum and Sculpture Garden on Washington’s National Mall. Another told me, proudly, that he had donated $500,000 in cash to the Nixon campaign, which was quite illegal since he was a foreign national. So the Circular 5 profiteers gave back to society, albeit with mixed results.

I was thinking about Circular 5 while watching (remotely) the Consumer Electronics Show this week. The star objects were electric cars, charged, of course, with renewable energy.

You cannot get to the energy transition without copper and other essential metals. Cobalt, excavated by all those child miners for our EVs and phones, can be substituted, though at a cost in performance and usable life. Lithium and rare earths, which you hear about at every cocktail party or Zoom call, are actually fairly common.

But copper, with its high conductivity, efficient heat transfer and ductility, is critical for motors, transformers, wiring, and, in a warming world, air-conditioner piping. And as North America, Europe and Australia accelerate the transition, their own domestic production is in long-term decline.

According to CRU, a commodities consultancy, copper demand from renewables will be about 801,000 tonnes in 2022 out of total global consumption of about 25m tonnes. Over the next four years, the company says, EVs and renewables will account for 72 per cent of the total growth in refined copper demand.

Meanwhile, the Chinese state and its allied metal companies have played the part of the American AEC. After some lean years in the past decade, the incumbent metals companies conserved cash flow and pulled back from new projects. The Chinese moved in to take their place, particularly in Africa.

So now the developed world and its green transitions are all hat (new EV models) and no cattle (ready-to-hand copper). You may have noticed that the COP 26 “pledges” included a lot of commitments to EVs, solar panel installation, charging stations and wind turbines, but nothing whatsoever about producing new metals to build them.

And as the IMF pointed out last month, “under a net zero scenario . . . current copper, lithium and platinum supplies also are inadequate to satisfy future needs, with a 30 per cent to 40 per cent gap versus demand”.

The metals industry response has been very impressive in terms of greenwashing graphics in annual reports; less so in new project development. There has not been an announcement of a major new greenfield copper mine for over two years.

The markets have noticed, and copper prices were up about 25 per cent last year. At close to $10,000 per metric tonne, LME copper has been “in backwardation”, or short physical supply, for several months. The current “visible” warehouse stocks are sufficient for just six days’ consumption.

The tight supply has emboldened copper bulls. A Goldman Sachs note in mid-December said: “We continue to forecast copper prices rising to $15,000 by 2024 and even higher through 2025.”

If North Americans and Europeans are serious about any energy transition, they might consider a “Circular 5” for transition metals. Or they can buy their cars from the Chinese, perhaps with Tesla badges.