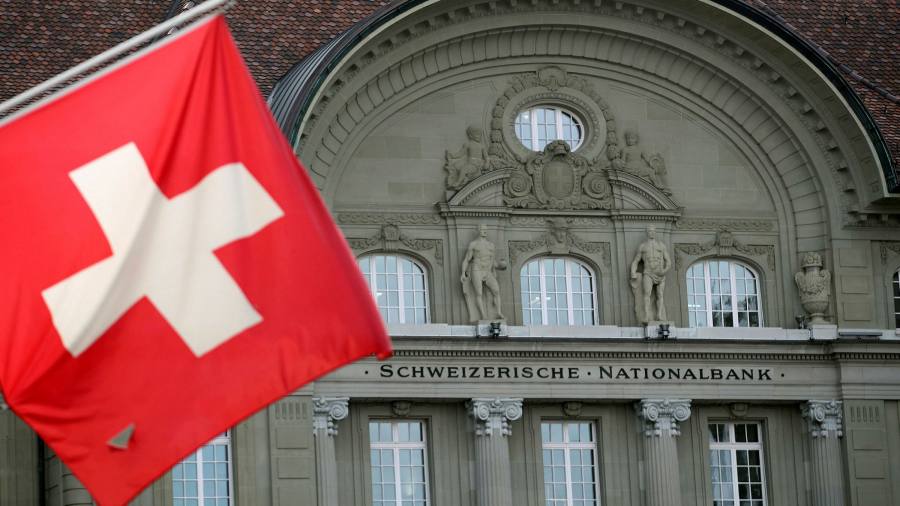 US policymakers and companies looking to prepare for a more sustainable future in the wake of the coronavirus pandemic may want to look at the success of a smaller, developed state — Switzerland.

Switzerland regularly tops innovation, competitiveness and quality-of-life rankings despite being a $706bn economy and home to just 8.7m people. It is also the richest country in the world as measured by wealth per adult. Its public sector is lean, with public debt only 43 per cent of gross domestic product. Institutional and real infrastructure is strong.

The Swiss record on dealing with Covid-19 is not significantly better or worse than elsewhere. It recently reported 2,468 new cases daily per million people, with 67.2 per cent of its total population fully vaccinated. This compared with 1,994 cases per million in the US, which has a vaccination rate of 62 per cent. But its economic record and outlook for the years to come, regardless of whether or not Covid-19 becomes endemic, seems bright. The reasons for that success are as relevant for large states as for small states ones.

First, Switzerland has a high share of “teleworking” activities. During the pandemic, 34.1 per cent of employees worked remotely at least occasionally, with sectors such as information technology (76.3 per cent), financials (61.4 per cent) and education (54.7 per cent) reaching even higher shares in 2020.

This allowed the country to adopt a pragmatic and generally less heavy-handed approach to Covid containment, with the result that its economy contracted less than others in 2020 and rebounded more rapidly in 2021. Indeed, by the end of last year, the Swiss labour market had overcome the Covid shock, with unemployment standing very close to pre-pandemic levels at just 2.4 per cent. The order books of Swiss companies are full, consumer sentiment is strong and GDP is expected to grow by 2.5 per cent in 2022, above pre-pandemic levels.

In the US and elsewhere, enabling more remote work would appear to be an important precondition of raising labour market participation. This would be welcomed by workers and families, who could relocate to safe and affordable places to live while making metropolitan areas less congested.

Second, Switzerland has benefited from considered and sensible fiscal policy. While highly supportive of sectors negatively affected by the pandemic — notably tourism, hospitality and personal services — the government has kept some of its fiscal firepower in reserve. The budget deficit was only minus 2.2 per cent in 2020 and minus 2 per cent in 2021 compared with minus 12.4 per cent in the US in 2021.

This kept government debt down to 42.7 per cent of GDP in 2021, compared with 133 per cent in the US, and meant the economy did not overheat, despite still encountering the kind of supply-chain and delivery difficulties experienced by other developed nations.

As a result, inflation, which ran at 0.6 per cent in 2021, is expected to remain comfortably within the Swiss National Bank’s price stability range throughout 2022. Indeed, the central bank does not have to raise interest rates, whereas the US Federal Reserve must now do so to restore price stability and maintain credibility.

The final significant factor in Switzerland’s success is its energy policy, which is focused on ensuring grid resilience. The country has the good fortune to be poor in fossil fuels but rich in water. As a result, 55 per cent of its domestic electricity production is hydraulic. Yet, importantly, Switzerland has also maintained a 35 per cent share of nuclear power generation, supplemented by 5 per cent in other renewables. Risks of an energy crisis are contained in Switzerland.

The risk is more of a threat elsewhere in Europe and the US. Here rethinking the optimal energy mix to maintain stable and competitive electricity prices should be a key priority.

Another way to ensure a resilient and financially sustainable future is to avoid boom-and-bust cycles of stimulus followed by austerity. Switzerland’s record on this is reflected in the Swiss franc’s status as a safe-haven currency. This has meant that sometimes the franc is overvalued in times of crisis, requiring the Swiss National Bank to intervene in currency markets. But it has also resulted in Switzerland having a more benign inflation outlook than faced by many countries.

As such, the Swiss National Bank can now maintain its very expansionary monetary policy and allow the Swiss franc to appreciate against the euro. This means Swiss yields should remain low, providing attractive conditions for Swiss companies to invest, innovate and maintain their competitive edge.