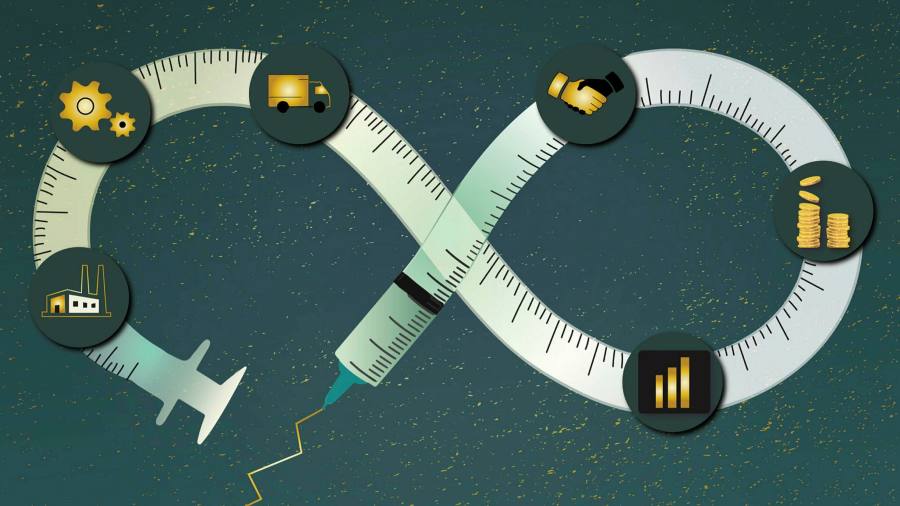 In recent weeks, Covid-19 has created new jitters for US investors. Not only is the Delta variant spreading, but vaccine hesitancy is still plaguing parts of the country. Elsewhere, concerns are bubbling about whether Joe Biden’s administration can really roll out booster shots this autumn, as promised.

This is worrying. But as investors scrutinise the White House vaccine plans, they should also watch another set of vaccine rollout problems: those haunting low-income countries.

Eighteen months into the pandemic, a gulf has emerged around vaccination rates. In much of Europe and North America, about two-thirds of the population is now vaccinated (albeit less in the US). Japan and India have jabbed half and an eighth of their populations respectively.

But in most African countries, less than a tenth of the population has been reached with vaccines — and in some, it is under 1 per cent. That partly reflects well-known inequities in vaccine supply (which international bodies such as Covax are trying to address, although with mixed results). However, there is another, oft-ignored, problem: inadequate distribution logistics.

Consider, by way of example, South Sudan. This impoverished country has recently — belatedly — received some vaccines. But its distribution infrastructure is so weak that the “tarmac-to-arm” costs of jabbing people (or the last mile of delivery) is an eye-popping $22 a person, excluding the purchase price of the vaccine, according to calculations by the charity Care.

This is “six times more expensive than current global estimate for delivery costs” for vaccines, Care notes. One of the cruel ironies of Covid-19 is that countries least equipped to pay distribution costs are facing some of the highest price tags.

That is having practical consequences. This summer some 132,000 vaccine doses had to be destroyed or returned in South Sudan because they could not be distributed, Care says. The situation is now improving — a touch. But the country’s jab rate remains well under 1 per cent.

This is a tragedy for those waiting on the ground. But the consequences could run wide. In the past 18 months scientists have realised that one of the nastiest aspects of Covid-19 is that it is a “shape-shifter”, as William Haseltine, an eminent American medical researcher, notes in his book Variants.

Thus, the longer that pools of unvaccinated people remain in the world, the greater the danger that new variants will arise and spread. Tackling that “tarmac-to-arm” problem is not only about morals and charity; it is also a matter of global self-defence.

Can it be done? Perhaps. In the case of South Sudan, Care calculates that $126m is needed to fix the key distribution issues. It is thus appealing to wealthy governments to plug this hole with grants, and for global companies to offer logistical support, say, by providing transport.

However, well-meaning but ultimately piecemeal charity appeals are not the real answer; the bigger priority should be for western and non-western governments to develop a co-ordinated global plan to tackle underfunded health infrastructures.

As it happens, there is one potential road map floating around for this. Earlier this year, the G20 asked Tharman Shanmugaratnam, the former Singaporean finance minister, Lawrence Summers, the former US Treasury secretary and Ngozi Okonjo-Iweala, head of the WTO, to lay out proposals for how to improve global pandemic preparation.

And the report, which was issued this summer, contains a host of eminently sensible ideas. The trio call for G20 countries to spend at least $75bn in the next five years to address pandemic preparedness and healthcare infrastructure weaknesses around the world. They also call on the G20 to create a “global health threats board”, which would co-ordinate pandemic responses in the same way that the Financial Stability Board organised the regulatory response to the 2008 financial crisis. This would include not just health ministers but finance officials too — a move that reflects a growing recognition that you cannot beat a pandemic with medical science (or vaccines) alone. Infrastructure investment is also crucial.

These proposals will be presented to the G20 next month, for possible adoption. But it is far from clear that they will fly. That is partly because the idea of creating a new coordinating body has raised hackles in parts of the World Health Organization, I am told. But it is also because that $75bn price tag looks frightening for some G20 countries.

That is understandable, perhaps, given that most western governments face a fiscal squeeze (and pressure from voters to focus on domestic concerns). But the proposed spending is chump change compared to the trillions of dollars worth of damage Covid-19 has already inflicted on the global economy. Or, as the report notes: “The costs [of pandemics] to government budgets alone are 300 times as large as the total additional spending per year that we propose, and 700 times the annual additional international investments.”

Spending that $75bn is thus an act of “financial responsibility”, the trio concludes — and a “scientific and moral” imperative too. If the G20 does not act next month, wealthy countries will be shooting themselves in the foot. Investors should take note.