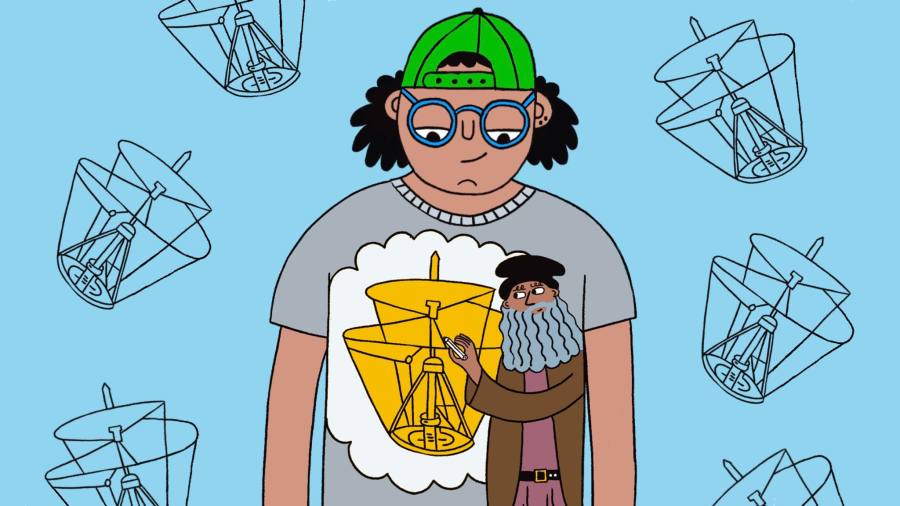 Sign up to myFT Daily Digest to be the first to know about Innovation news.

I confess, as a boy, to wearing a Leonardo da Vinci T-shirt. Da Vinci was my idea of cool, and the attraction lay not in the Mona Lisa’s smile or his sketches of natural phenomena. It was the helicopter. Nothing could be more awesome than a 15th-century thinker who could design a helicopter. It could never have flown, but who cares?

These days I am more interested in the reverse case: ideas that could have worked many centuries before they actually appeared. The economist Alex Tabarrok calls these “ideas behind their time”.

Consider the bicycle. It was not produced in even the most primitive form until the early 1800s, and a practical version with chain drive was not widespread until the 1880s — just in time to compete with the motor car.

Anton Howes, author of Arts and Minds, points to the flying shuttle, invented in 1733. “It radically increased the productivity of weaving,” he writes. “It involved no new materials . . . and required no special skill or science.” The craft that it transformed has been around long enough to be mentioned in the Old Testament.

Steven Johnson, in his book Extra Life, suggests that evidence-based medicine is an idea behind its time. The idea of running experiments is centuries old, but the first properly randomised controlled trial in medicine took place in 1948. It could easily have been routine before da Vinci’s time, but instead clinical trials lagged far behind anaesthetic, antibiotics, antiseptic, pasteurisation and vaccines.

My favourite example is the tabletop role-playing game. Such games — a structured form of “let’s pretend” for grown-ups — could have been played in the villas of ancient Rome. But they didn’t emerge until 1969. The first commercial one, Dungeons & Dragons, was published in 1974.

Curious minds want to know why these ideas appeared so late — and whether there might be anything that would prevent delays in future. One explanation is that the ideas aren’t as simple as they appear.

It was long thought that da Vinci had designed a bicycle in the late 1400s. He hadn’t — a bicycle sketch attributed to him turns out to be a 20th-century “addition” to his papers. But if he had done, it might have been barely more use than his helicopter.

The bicycle is not as straightforward an invention as it seems. To move from ox-hauled cart to human-powered bicycle requires smooth-rolling wheel bearings, which in turn need precisely engineered bearing balls. Modern steel ball bearings were not patented until the late 1700s, and demand from the 19th-century bicycle industry helped to improve their design.

We often overrate the eureka moment of the inventor’s doodle and overlook the importance of materials to enable or inspire that idea. Dice, for example, would seem to point the way to the development of probability theory, which is based on counting combinations of equally likely outcomes. Perhaps the problem for ancient mathematicians was that they often rolled astragali — knucklebones. Uneven dice invited the idea that a roll was in the lap of the gods, impervious to rational analysis. When Girolamo Cardano produced his revolutionary ideas on probability in the 1500s, he had the advantage of playing with cubic dice.

Another obstacle to innovation is that people don’t make the right connections. The clinical trial, for example, sits on an uneasy border between medicine and statistics. The medical tradition emphasises the expertise of the doctor and the care of the patient as an individual. The statistical tradition picks patterns out of noise and uses methods that can be applied equally to brewing the perfect pint or testing the effect of fertiliser on crops. Combining the two is not an obvious step.

Two of the 20th century’s greatest statisticians were William S Gosset, who worked for Guinness, and Ronald A Fisher, whose career was shaped by a long stint in agricultural research. Both were at some remove from the medical establishment. The man who ran the 1948 clinical trial was neither purely a statistician nor purely a doctor: Austin Bradford Hill’s degree was in economics.

Maybe that explains the long wait for the invention of a game such as Dungeons and Dragons. It combines two contrasting traditions: one of imagination and improvisation; the other the complex and rule-following world of painstakingly researched historical war-games.

Another issue is that many inventive people are pushed away from the world of innovations. The economist Lisa Cook has studied obstacles for women and African-American inventors — “the innovation gap in pink and black”. Some of these obstacles were flagrant. Garrett Morgan, the African-American inventor of the gas mask and the traffic light, would often conceal his race, since some customers refused to buy on explicitly racist grounds.

Other obstacles are more subtle. Researchers at the Opportunity Insights project have analysed the phenomenon of “lost Einsteins”: young people (often girls or those from ethnic minorities or low-income families) who were discouraged because they never had an inventor as a role model.

But the simplest explanation of all is one advanced by Howes. Perhaps innovation does not come naturally. Most of us do things the way we see others doing them, the way they’ve always been done. The idea of a frustrated person becoming an inventor as they silently scream, “There must be a better way!” has become a cliché. Maybe that cliché is scarcer than we think.