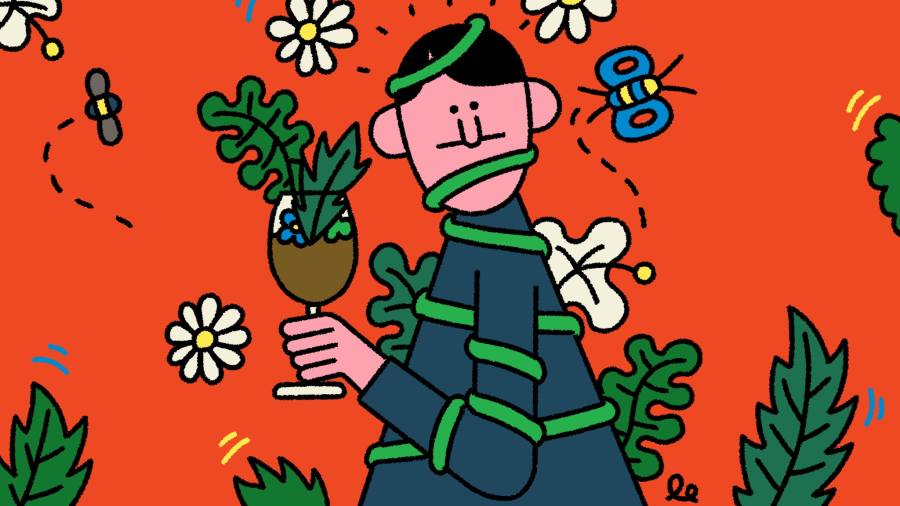 Everyone, it seems, wants to drink terroir. This French word refers to the notion that a food or drink, especially a wine, might derive its smell and taste not just from variety or its processing, but also from the soil, landscape and climate conditions at its site of origin.

Authenticity is much sought-after, and terroir seems to put it beyond debate by promising a unique “taste of place”. Never mind that proof of authenticity — even satisfactory definitions — still eludes the wine world, the notion is so seductive that every alcoholic beverage now proclaims its terroir credentials. So do they stand up?

There are two key considerations: to what extent might a drink’s raw materials carry an imprint of place? And how comprehensively transformed are those raw materials in the finished product?

Beer can make an oddly plausible case for terroir, since water forms such a significant part of its profile, and water sources can be significantly mineralised. A key reason why Burton upon Trent hosted more than 30 breweries and produced a quarter of all the beer brewed in Britain in the late 19th century was the gypsum beds beneath the town through which the brewing waters filtered.

The prolific levels of calcium sulphate and other mineral ions (including magnesium) in these waters made excellent, durable pale ales that could take high levels of hop additions. Such ales could reach India without spoilage, hence the celebrated IPA, or India pale ale, now beloved of craft brewers.

Alas for Burton, its uniqueness of terroir was a geological one lying in its aquifer alone, so it was quickly realised that almost any brewing water could be “Burtonised” by chemical additions; topography and climate played no role.

Other great brewing towns also came into being thanks partly to their water quality and different beer styles favoured different waters. Pilsen in the Czech Republic has water as super-soft and mineral-free as Burton’s is hard and mineral-laden, which proved ideal for its lager-style beers. The sour Lambic beers from Belgium’s Pajottenland and Zenne valley can also claim a terroir element, since they are spontaneously fermented by indigenous airborne yeasts and bacteria during the cooler months.

Wine bears its imprint of terroir in part because it is made from almost nothing but pressed, fermented grape juice. Aside from a little sulphur, no additions are necessary and that fermented juice can be drunk within months.

Cider is another juice-based drink that would seem to offer wine-like levels of intimacy with its raw materials. Appellation contrôlée French ciders, in particular, make terroir claims. Cider writer and critic Adam Wells says these are justified: “Cotentin, for example, consistently produces more visceral and tannic ciders, compared with the softer, riper, lighter and fruitier ciders of the Pays d’Auge.”

If such differences exist in France, they do too in other cider-making areas with ambitions to produce the highest quality. This quest is a new one in the cider world, though, and artisanal cider-making methods often leave such a forceful stamp on the drink that the quieter pulse of aroma and flavour, which might be the legacy of place, can be hard to discern. It also remains to be seen whether cider-apple varieties can truly rival grapes in carrying origin clearly through the complexities of blending, fermentation and ageing processes.

Spirits are more radically transformed than beer, cider or wine, since they are both fermented and subsequently distilled. Does this second transformation eclipse origin or intensify it? The question fuels intense debate. The wines distilled to create cognac, for example, can come only from six concentric zones in France’s Charente-Maritime, with the two most prized and intensively planted ones (known, thanks to their open expanses of chalky soils, as Grande Champagne and Petite Champagne) at the very centre. Single-zone and even single-vineyard cognacs now exist, carrying single-vintage dates.

Yet few would disagree that the greatest cognacs are created via complex blends of cognacs of multiple ages and zonal origins. In other words, craft may trump terroir.

Armagnac has three production zones spread over three départments, and single-origin has always been a more significant element of its marketing appeal, though this partly reflects its rural geography and widely scattered, small-scale and often polycultural farms. Nonetheless, there are held to be differences between the delicate spirit of Bas-Armagnac and its acid, and sometimes iron-rich, sands and the more robust spirits of Ténarèze and its more clayey, lime-rich soils. (The third zone, Haut-Armagnac, produces little.)

The debate intensifies with whisky. The spirit begins life not as the juice of a fruit but as a seed. That juiceless seed contains starch that needs an initial transformation, via the malting process, before it becomes fermentable, in this case into a beer. That beer then needs to be distilled (twice for malt whiskies) and, like cognac and armagnac, aged lengthily before it is drinkable. In any case, most branded whisky, from entry level to luxury, is the result of complex blending that brings whiskies of many ages and origins into delicious congress.

Aficionados of single-malt whiskies often claim they express terroir. One distiller, Mark Reynier of Waterford, Ireland, has gone to great lengths to produce rigorously unblended malt whiskeys that can trace their origin to single farms.

In most cases, though, it is better to think of whisky as a complex collaboration between craftspeople and a set of brewing, distilling and ageing activities in a particular climate. The most telling influence of place is the temperature and atmospheric conditions in which whisky is aged: damp and cold in Scotland; warm and dry in the southern US. To see this distinction echoed in the brandy world, look for UK-aged “early landed” cognacs and compare these pale, elegant, restrained spirits, matured in the cool and damp of London or Bristol, with the richer, more exuberant cognacs aged in the dry warmth of Charente-Maritime.

Mezcal and tequila push the terroir button more firmly than whisky, not least because they can be drunk as unaged white spirits. They begin life not as seeds but as a carbohydrate in agave plant cores called inulin. This requires transformation by cooking to become fermentable fructose. The hauntingly vegetal qualities of agave, however, are still amply evident in unaged mezcal and tequila.

For those who want to pursue the terroir dream all the way to Mexico, the late Tomas Estes and his son Jesse, together with distiller Carlos Camarena, pioneered single-estate and single-field tequila in the Ocho range. Young sugarcane-juice rum (known in francophone zones as rhum agricole) offers a similar promise.